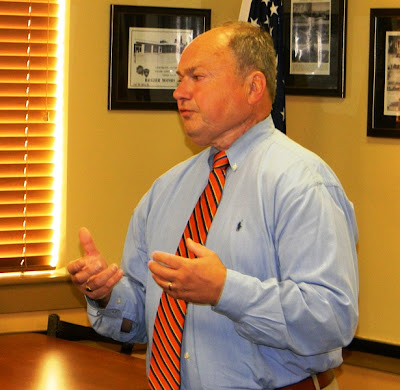 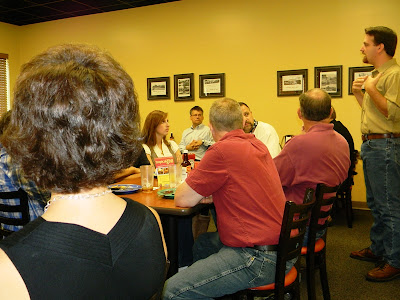 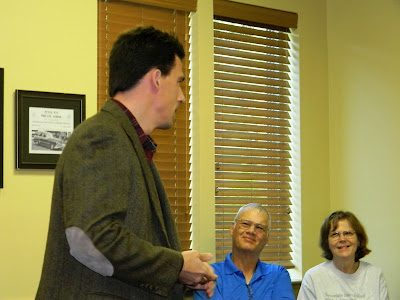 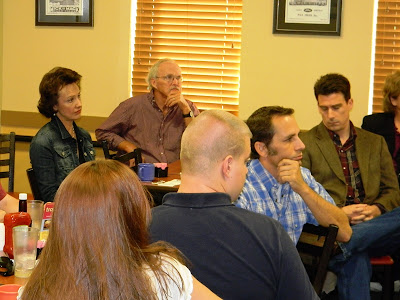 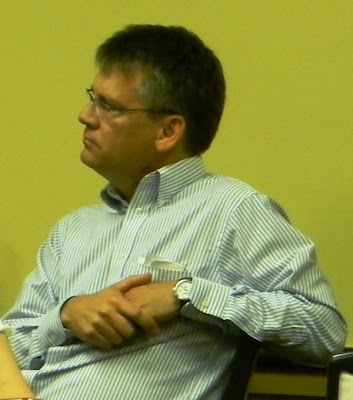 Supervisor Pattie mentioned Kurt Michael's involvement in an issue of extreme importance to him -- fire and rescue. Here Dr. Michael listened intently to the discussion. 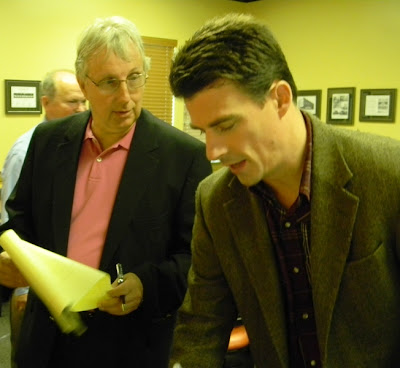 After breakfast, reporter Bob Stuart talked with the supervisors. The News Virginian had two articles by him about SWAC Breakfast: