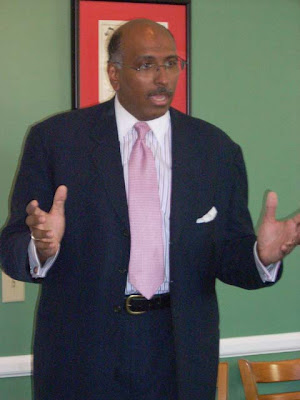 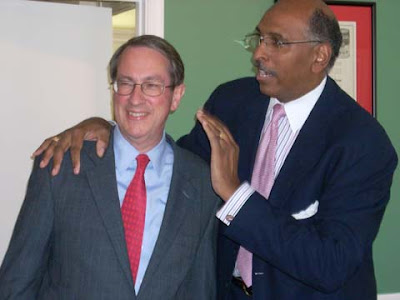 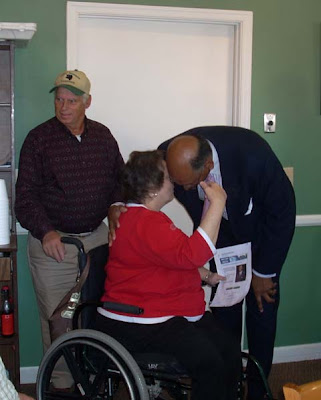 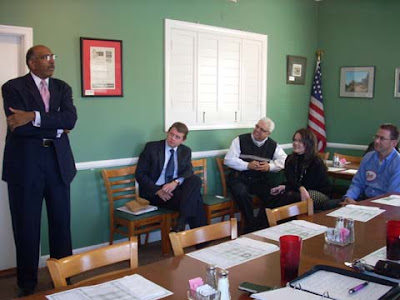 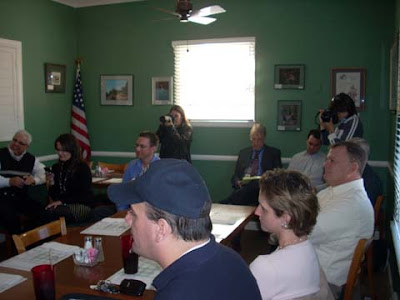 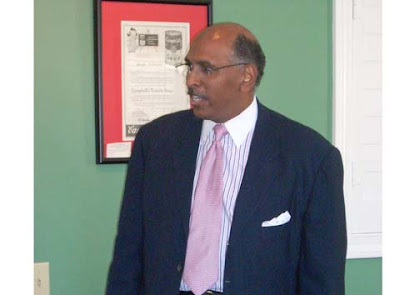 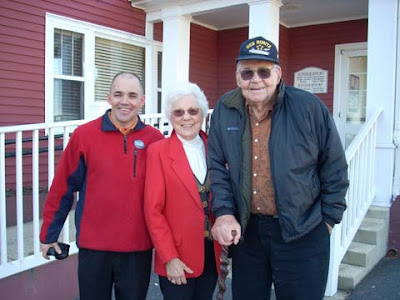 "JarDog," our resident Marine, with Mr. and Mrs. Frost. 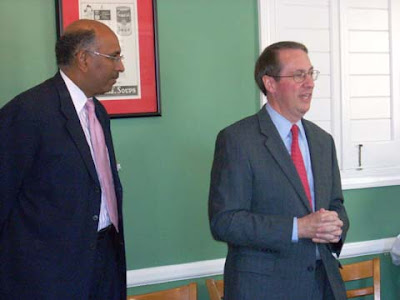 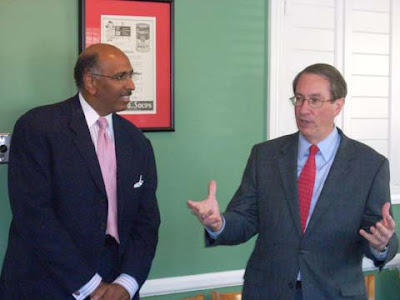 A group of SWAC area Republicans met at Rowe's Restaurant Thursday afternoon to welcome Maryland's former Lt. Governor Michael Steele as he stumped for John McCain's presidency. He was introduced by Congressman Bob Goodlatte who had to leave for another appearance in Buena Vista.

Mr. Steele relayed a story of the summer of 2007 when he saw John McCain sitting in the airport with his luggage waiting to catch a plane to another campaign stop. He had laid off half his campaign staff and was almost out of money but when asked how things were going he replied, "Great!" That optimism carried him through to win the GOP nomination for president.

After talking for 30 minutes about the need to keep Republicans in office, Mr. Steele ended by saying, "It's not over until the last vote is counted."

I was happy to see Mr. Frost, a GOP volunteer who was busy as one of the "sign guys" when I became involved nine years ago. Mr. Frost is about to turn 91. He and his wife contributed much over the years. He was a cowboy from Montana who moved east years ago ... I enjoyed hearing his stories over the years and miss him now that poor health has limited his involvement. He was all smiles as usual ... and I asked to get a photo of him, Mrs. Frost, and "Jar Dog."

Jar Dog is in the Marine Reserve, someone I met during the Bush 2000 campaign and who has been on my email list all these years. It was great to see him ... one of our heroes who has served in Iraq and who protects our freedoms and keeps us safe.