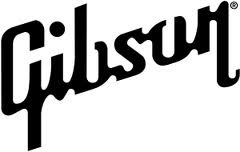 When the U.S. Government first invaded the Gibson Guitar Company in August 2011, the news spread through Facebook like wildfire as many expressed outrage at yet another overreach by our own government.

Charlie Daniels, that bigger-than-life country superstar who love the U.S. in a way that he willingly gives and expresses with our troops, had some words about the raid on Gibson. On his blog he wrote:

When I went to Iraq the first time I saw a great need for recreational musical instruments as a lot of the troops played, to one degree or another, but just didn't have instruments to help while away the lonely off duty hours.

When I got back stateside I started something we called Operation Heartstrings in an effort to provide instruments, and strings to our men and women serving so far away from home.

The first call I made was to Henry Juszkiewicz, the owner of the Gibson Guitar Company who, without hesitation, donated one hundred Gibson guitars and a gross or so of strings to the project.

Henry is good American and businessman who makes a quality product and exports it to the world, providing a lot of American jobs in the process.

On August 24, agents from the U.S. Fish and Wildlife Service and Homeland Security executed a raid on the corporate headquarters and two of the factories of the Gibson Guitar Company in Nashville, TN.

They confiscated 24 pallets of Indian rosewood, some finished guitars and some of the company's computer files, claiming that Gibson had illegally imported the wood used to make fretboards and bridges on their guitars.

A little known - and recently amended - piece of legislation called the Lacey Act contends that American companies have to operate according to the laws of the country exporting the wood.

The feds contend that if the fretboards had been finished in India and imported that way there would be no problem, but that when imported in the raw form and finished by American workers it is illegal.

And here's the sickening thing, the complaint did not originate with the Indian government. They are perfectly happy to export the unfinished fretboards.

The deputy director general of foreign trade for India even stated in a letter in July of this year that rosewood ebony from India was freely exportable but the feds seem to want to use their own interpretation of the law to harass Gibson.

And I do mean harass.

Why not the other guitar companies who import and use the same wood, why single out Gibson?

Could it be that Henry Juszkiewicz has been known to support Republican candidates while at least one other major guitar manufacturer supports Democrats?
...
No matter what he says, Obama has a careless disregard for American jobs, especially if they're not unionized.

If the Homeland Security Department needs something to do they could provide some much needed help on the Arizona border.

This, the second raid on Gibson, has raised questions to many Americans at a time when the Obama administration says it cares about jobs for Americans....
Posted by Lynn R. Mitchell at 9/25/2011 05:11:00 PM