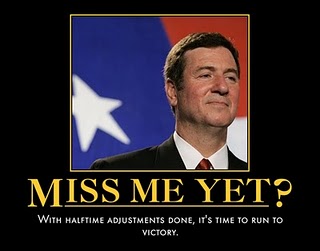 Graphic by Fishersville Mike
As I said in the Washington Examiner, George Allen was conservative before conservative was cool....

Last night, Mark Levin, host of the nationally syndicated and top-rated Mark Levin Show, praised George Allen’s record of conservative leadership. His words reflect the thoughts of many of us who support and endorse George Allen to be the next U.S. Senator of Virginia. Thanks to Mark Levin, no pushover for anyone, for expressing it in a succinct, no-nonsense way.