ESPN should thank Team USA, not bash them 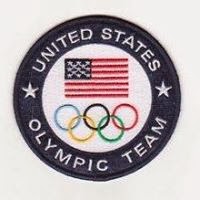 Did you see the ESPN article by Jim Caple, "Team USA Disappoints in Sochi"? It basically bashed the American athletes for winning less medals than four years ago and was all-around rude toward American Olympians.

My son wrote a response that I totally agree with:


What the hell? Don't get me wrong, I like winning as much as anyone, but there is no way these Olympics can be called 'disappointing' for the US. Sure, we didn't win as many medals as Vancouver, but that was a RECORD SETTING PERFORMANCE in Vancouver. We have the second most medals this go around, behind only Russia, the host nation. Yes, the men's hockey team floundered at the wrong time, Shaun White failed to medal for the first time ever, and the speed skating team consistently under performed.

But Meryl Davis and Charlie White won the first gold for the US in ice dancing EVER. Mikaela Shiffrin won a gold in slalom at the age of 18. Erin Hamlin got the US's first ever medal - men's or women's - in luge. So screw you, Jim Caple and every other reporter calling Team USA a disappointment. I'm proud of our athletes.