Exploring a wintry Skyline Drive on the first day of February 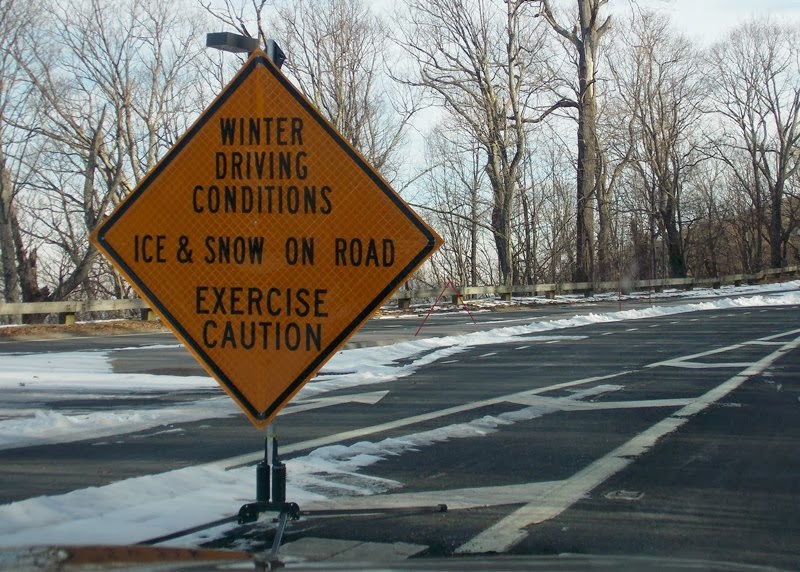 Heed the sign. Skyline Drive reopened for the weekend after being closed for a while due to snow and ice. While most of it was clear, there were definitely areas in shady curves that were covered. Easy going took care of it on this first day of February 2014. It's unusual for the National Park Service to plow the Drive so we took advantage of the break in the harsh winter weather and the cleared road to check it out. 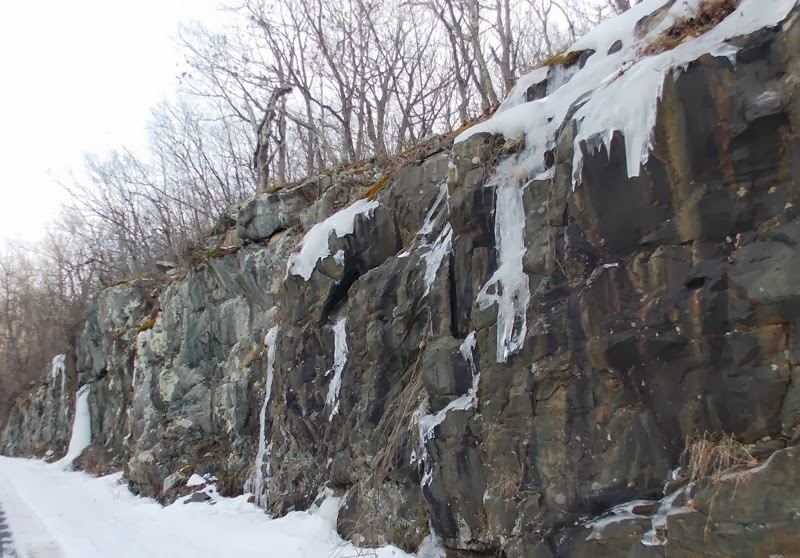 Winter in the Blue Ridge Mountains ... Shenandoah National Park did not disappoint. 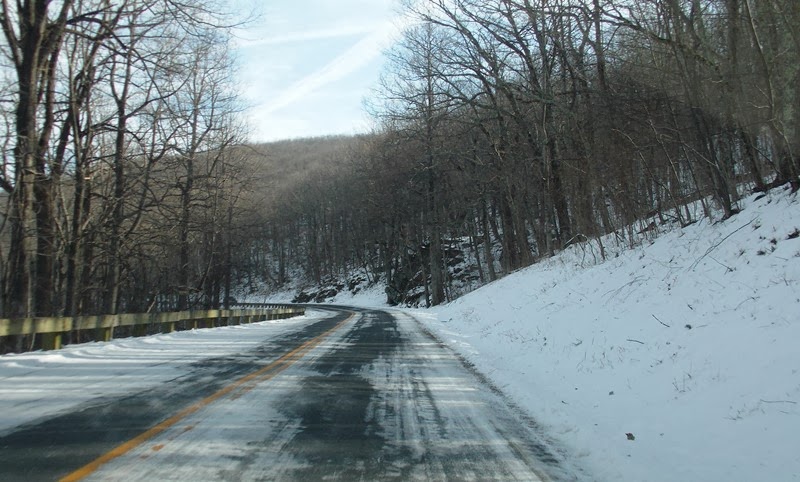 This flock of wild turkeys was crossing the road ahead of us. Half of them had already disappeared into the woods by the time I took this picture. 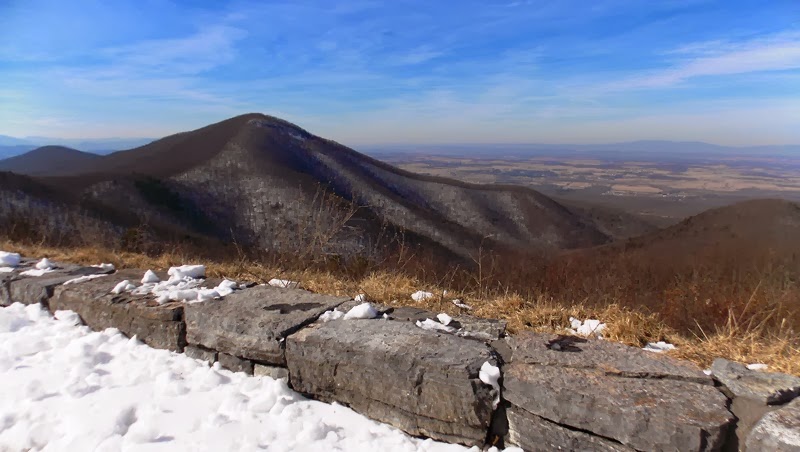 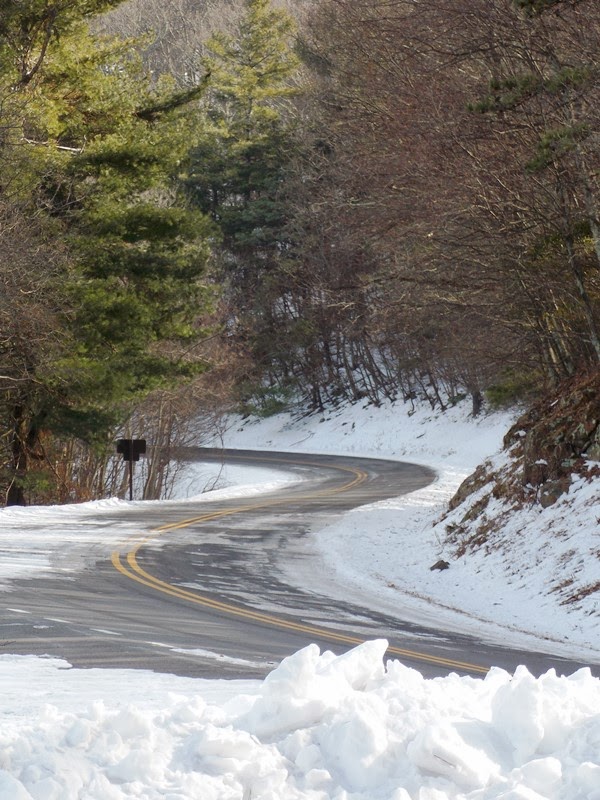 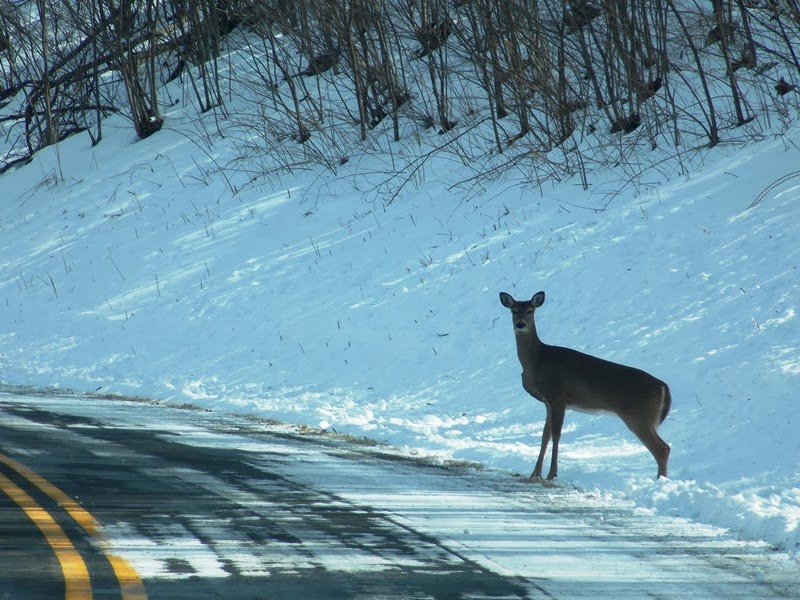 Countless deer were on the road and looked at us almost as if they were perturbed at the disturbance of their solitude when vehicles were not normally in the Park. 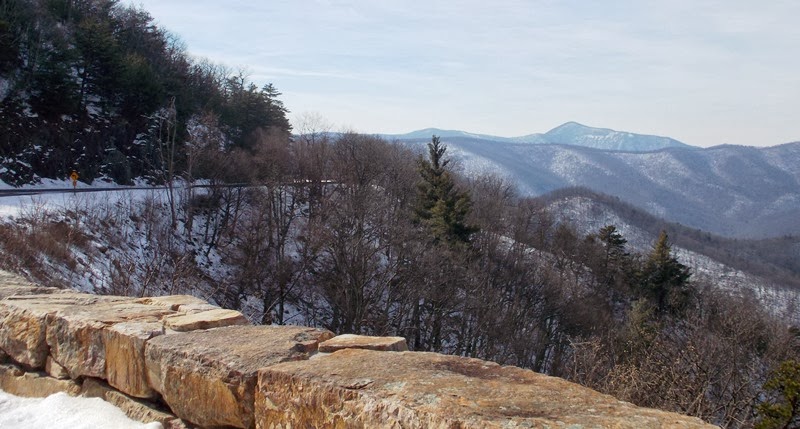 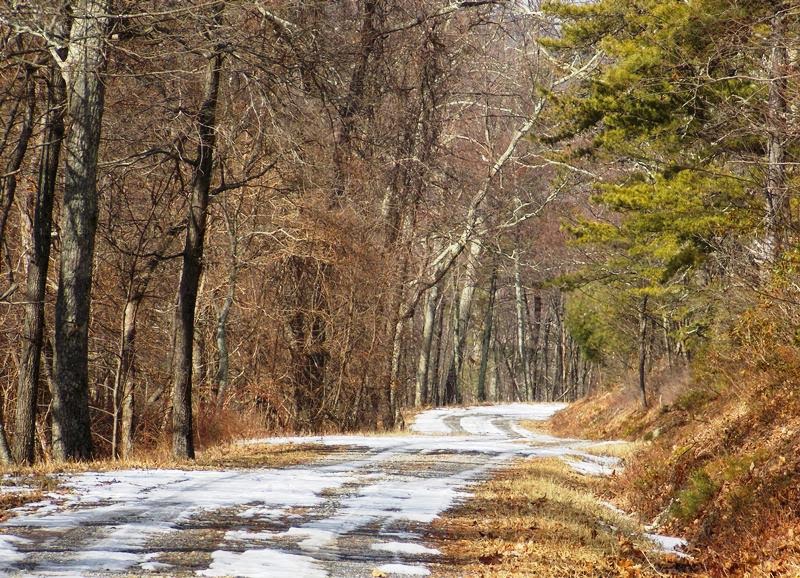 I love the winter woods where the views never quit and you can see the mountain terrain ... rocks and boulders, trees, laurel, streams, the Appalachian Trail as it meanders the ridges, old road beds, and forgotten stone walls. 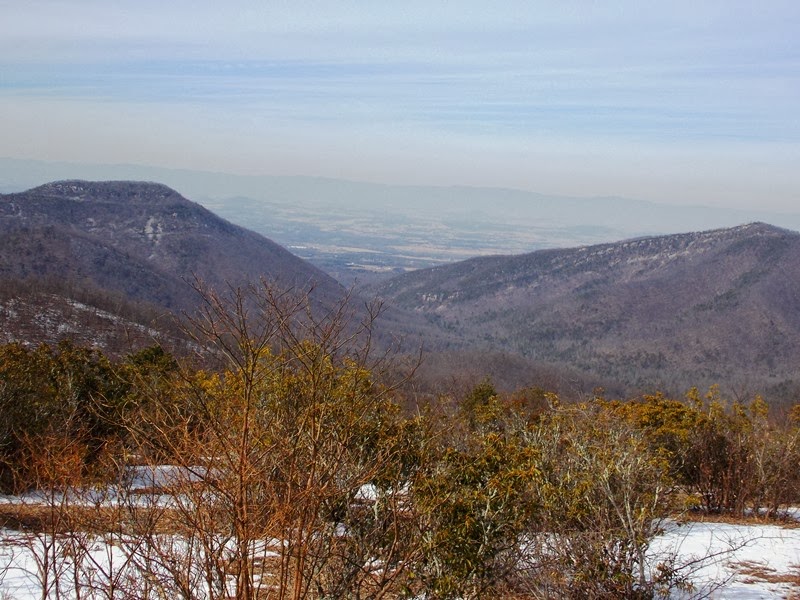 These mountain laurel bushes will be a riot of color in June, and I'll be back to again take photos of their beautiful pink flowers. 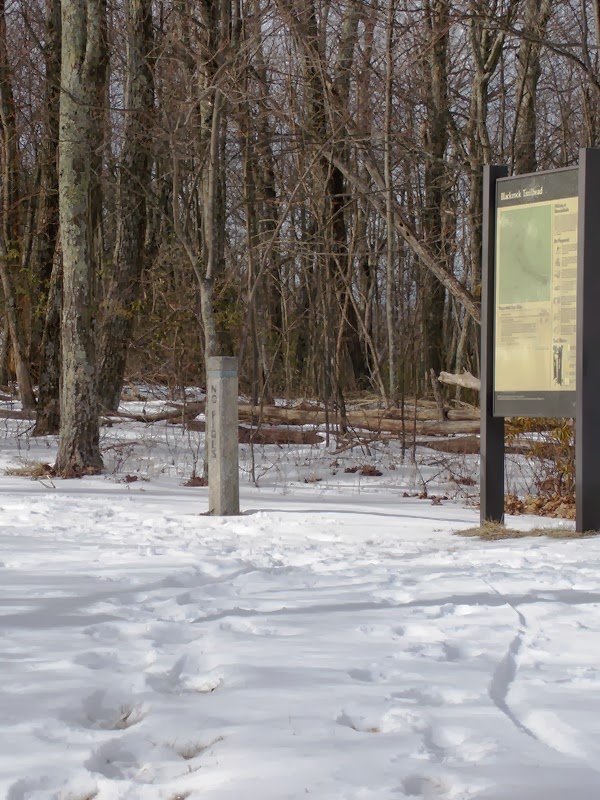 Footprints in the snow ... memories. 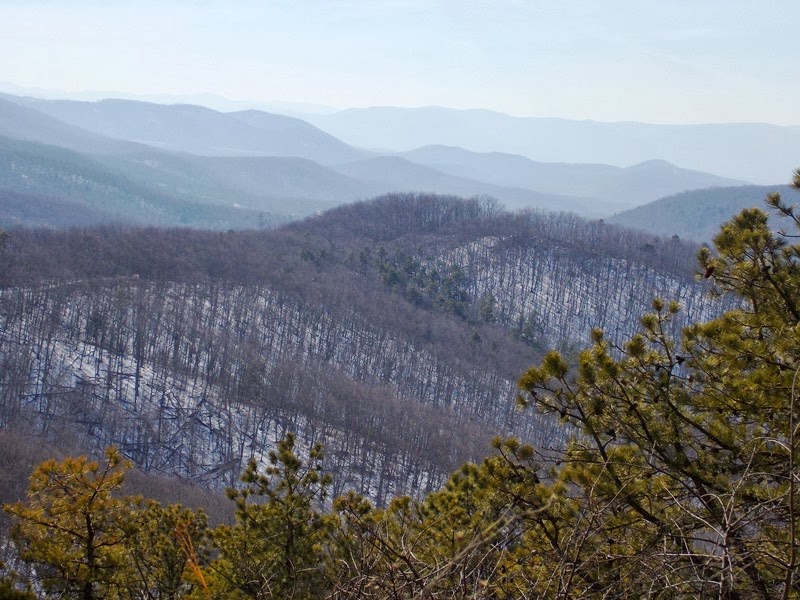 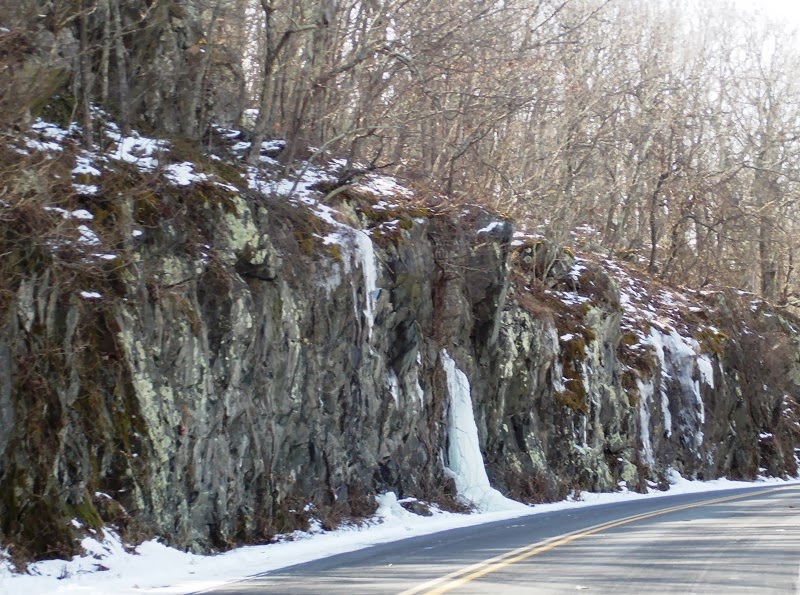 There were a number of hikers enjoying the warm winter day. 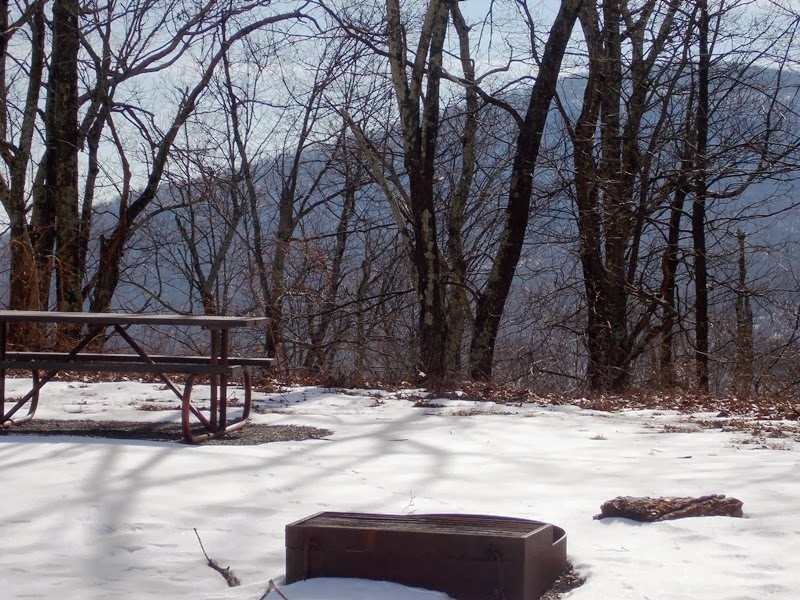 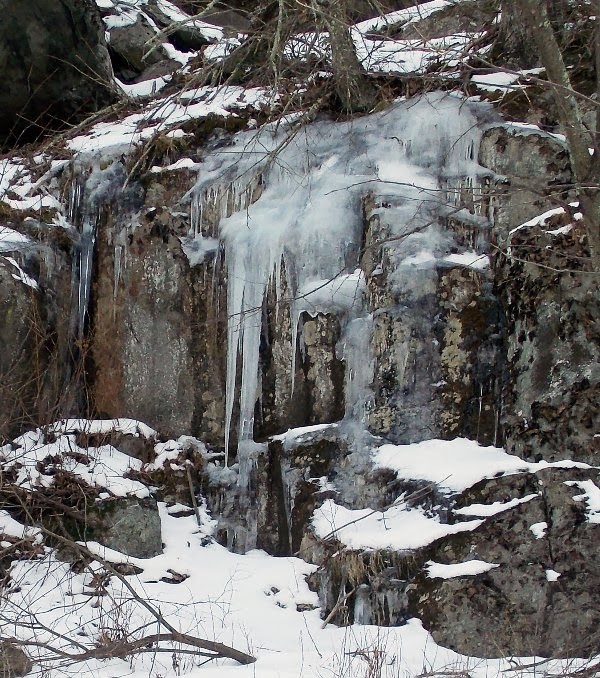 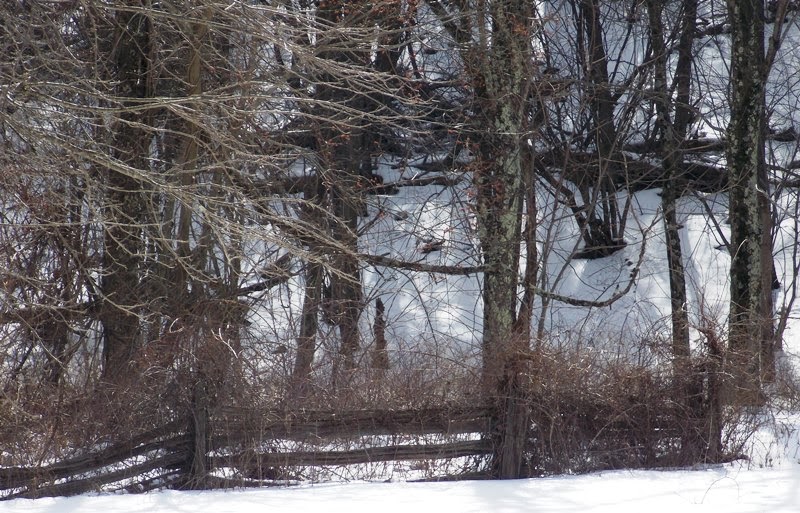 Byrd Visitor Center located at Big Meadows (Mile Post 51) is open weekends. However, we stayed on the south end of the Drive. No one was at the Afton Mountain entrance station when we arrived at mid-morning but he was there when we left in the afternoon. Pit toilets were available at Dundo picnic area, and the overlooks were plowed as well as the trail parking lots. The temperature at mid-day hit 40 degrees with bright sunshine, clear skies, and slightly blustery conditions. While many concentrate on Super Bowl Sunday, some may want to take advantage of a day in the mountains.

The Blue Ridge Parkway remains closed at the Afton entrance.