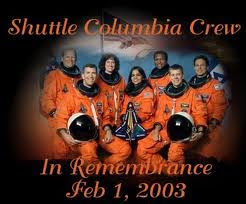 America's space program took a hiatus but came back to continue leading the world in space travel.
Posted by Lynn R. Mitchell at 2/01/2014 07:00:00 AM