Historic snow storm may be moving into Shenandoah Valley 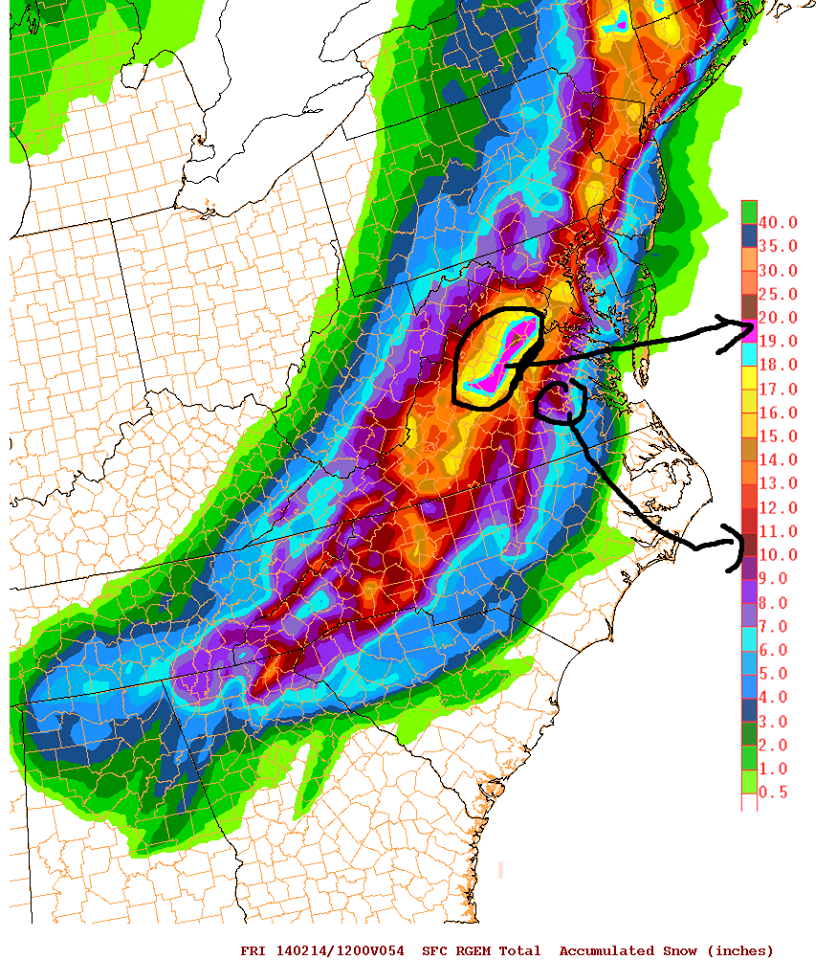 The warnings about the incoming snow storm have been out there for a while but most certainly over the past several days as the latest coastal storm forms and marches north leaving behind ice and snow in southern states not used to such a mess.

Snow amounts vary according to which forecast is heard. This morning WHSV TV-3 in Harrisonburg gave a forecast of 6-10 inches of snow. Meanwhile, NBC-29 in Charlottesville predicted 10-16 inches which was more in line with most other forecasts including WxRisk.