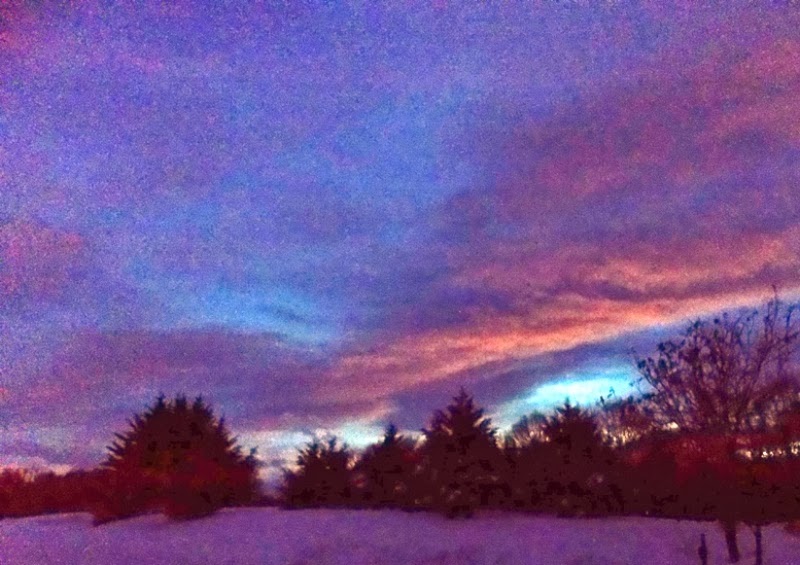 As dark approached at the end of this historic snow day, SWAC Husband and I pulled on gloves, boots, coats, scarves, and hats to head out into the winter wonderland that was left behind after 18 inches of snow fell in Augusta County west of Staunton. The cotton candy clouds could be seen as the snow moved out and the sun set behind the Appalachians. 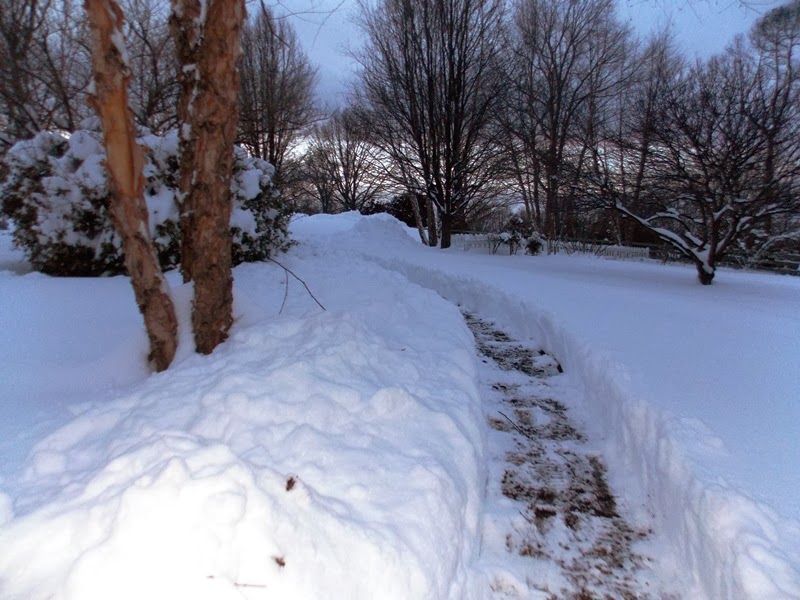 SWAC Husband shoveled a path through the snow that seemed almost like a tunnel because it was so deep. A neighbor had used his tractor to plow the driveway. 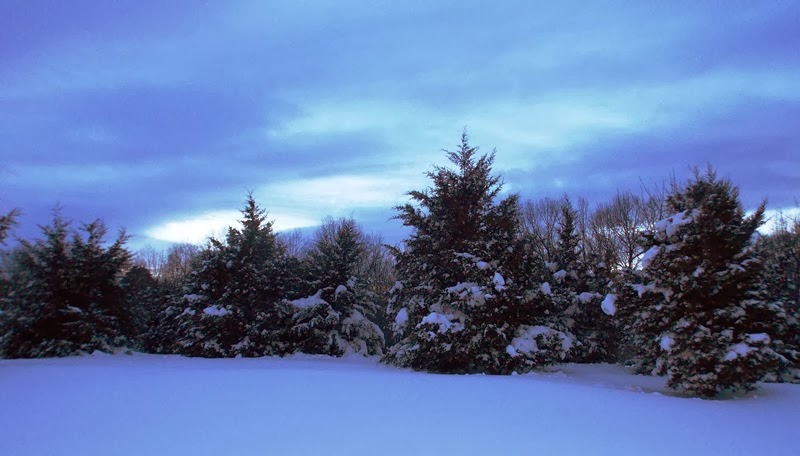 Flocked evergreens against the evening sky. 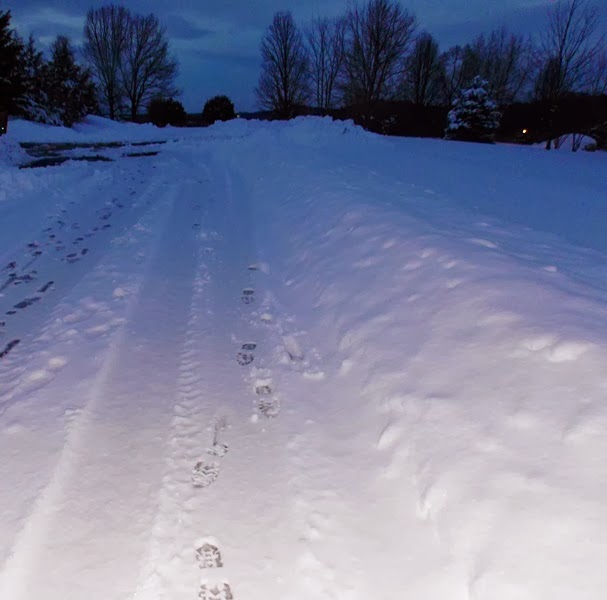 Our road was completely snow-covered and word was all back roads and many secondary roads were in bad shape. Caution was urged and drivers were asked to stay home if travel wasn't necessary. 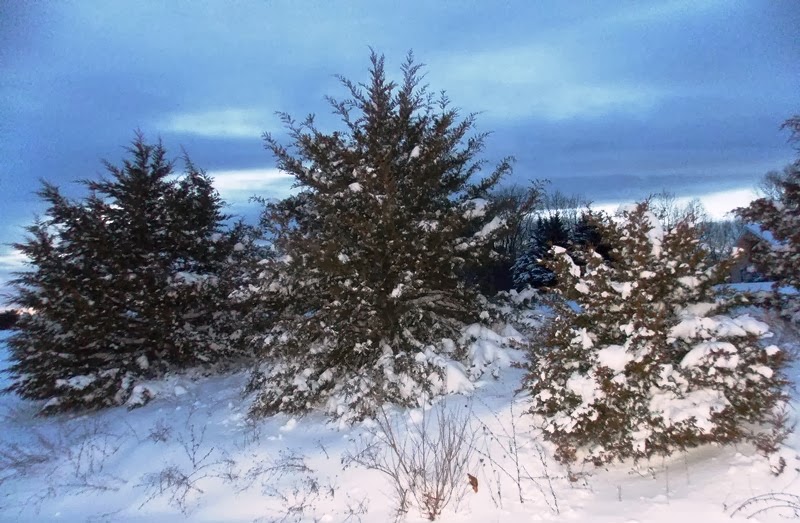 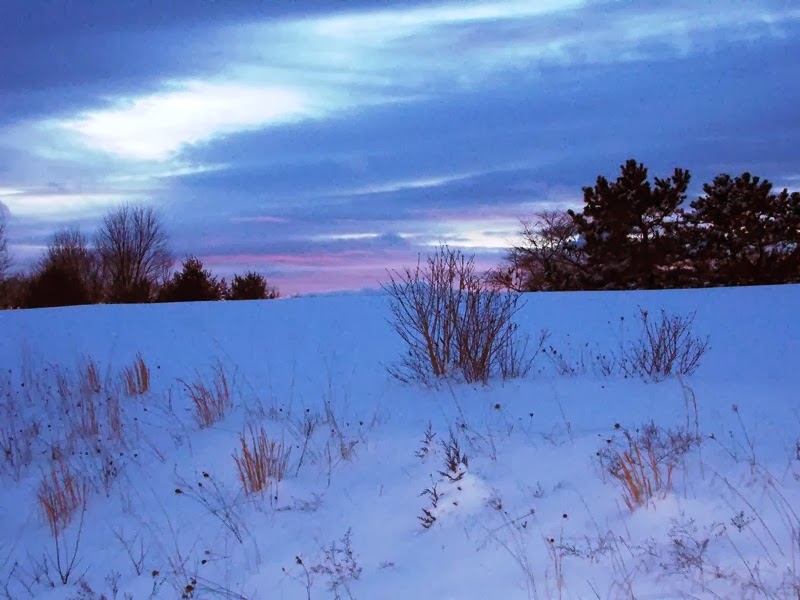 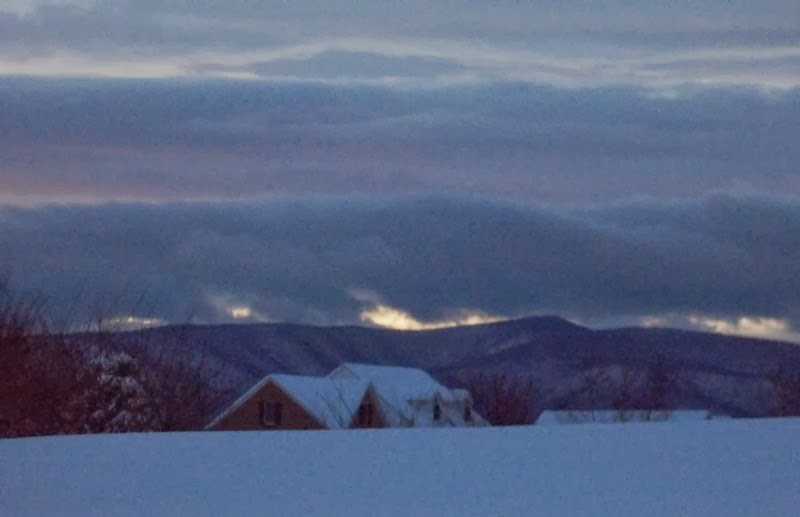 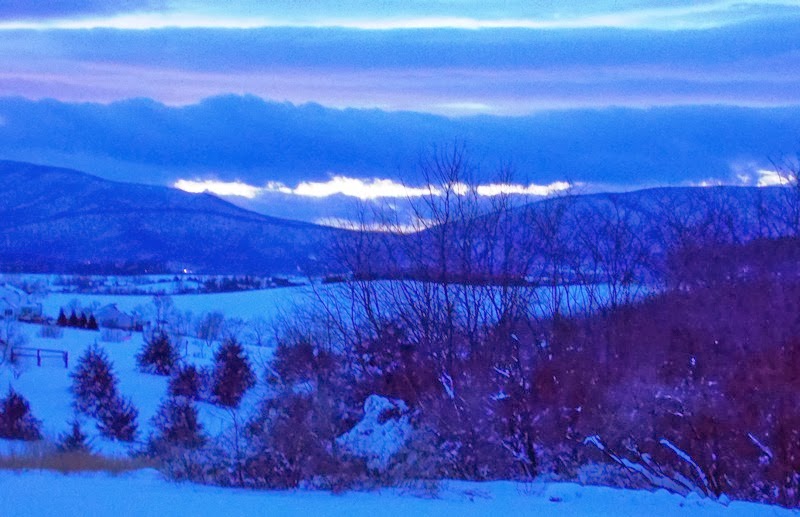 The Appalachian Mountains west of Staunton. 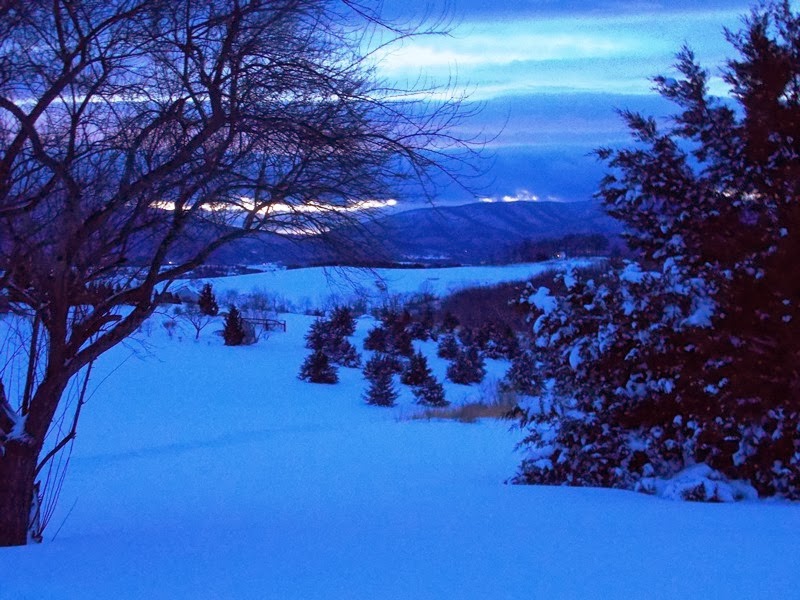 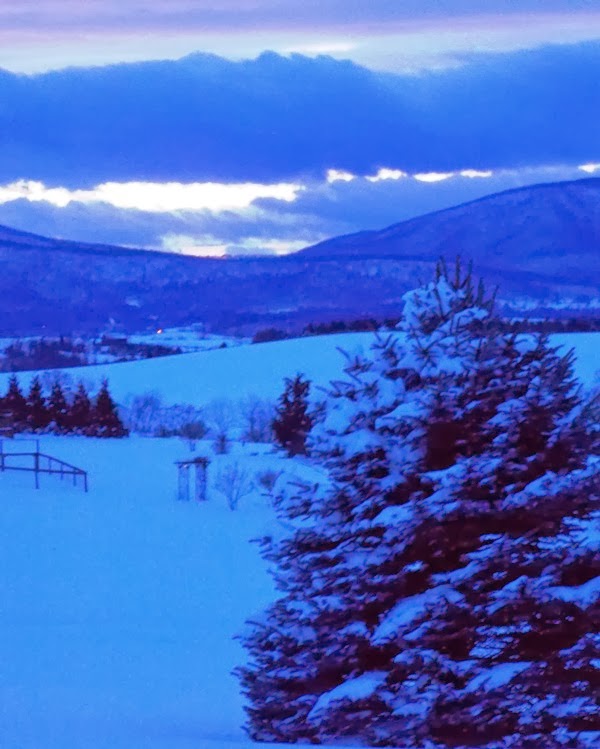 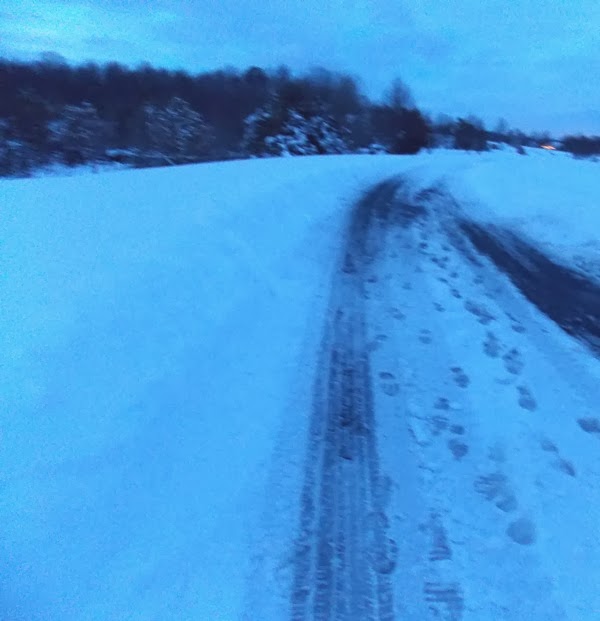 As we headed home, the lights from our house could be seen in the distance. 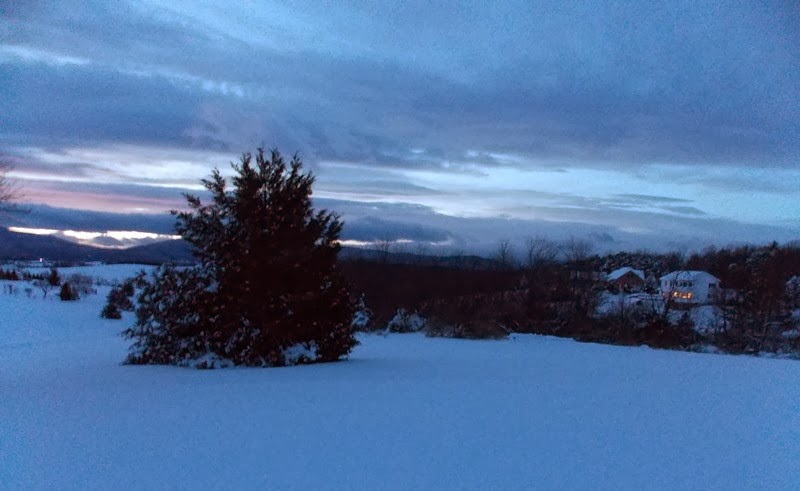 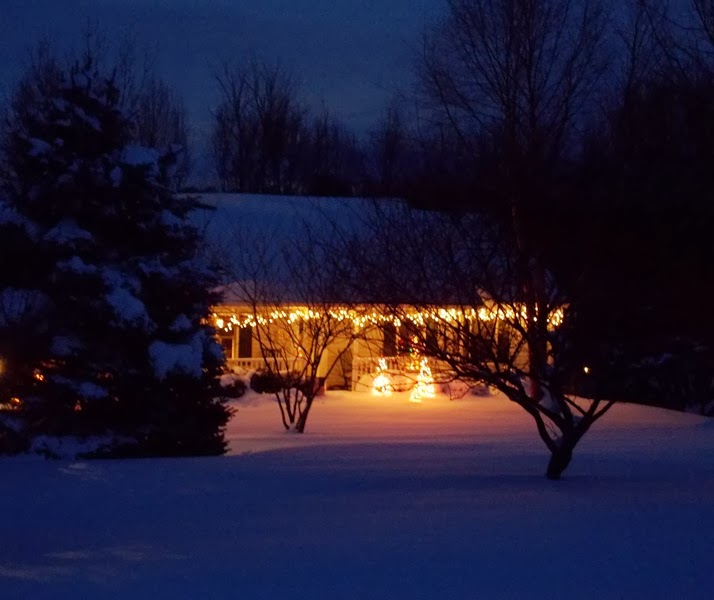 The snow lights were on to celebrate the snow. 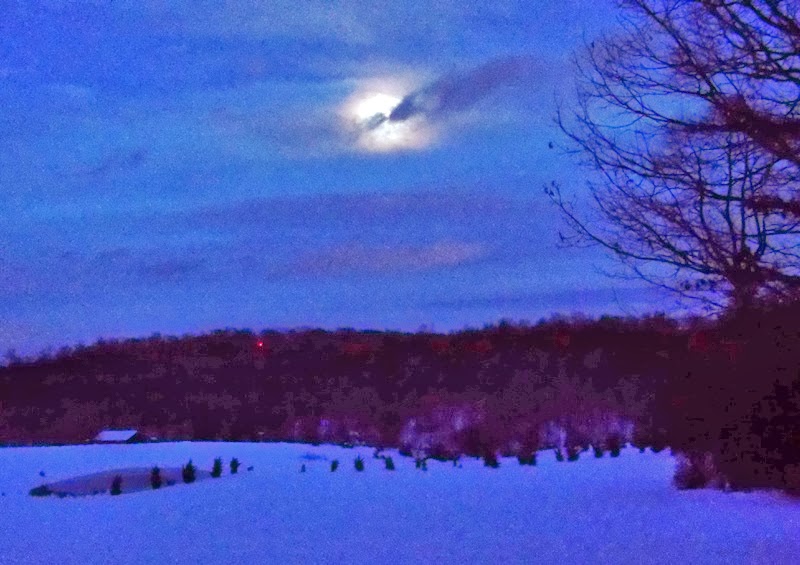 As the full moon rose over the Blue Ridge Mountains, clouds moved in and made it look like the man in the moon had put his hands over his eyes. LOL. There's something special about snowy evening walks under the full moon.