The next Governor of Virginia ... Bob McDonnell fundraiser at Walter Curt's home - Part 1 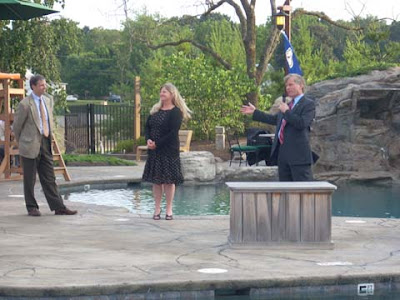 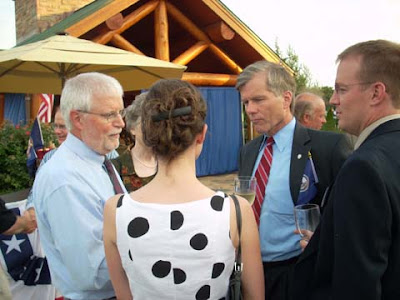 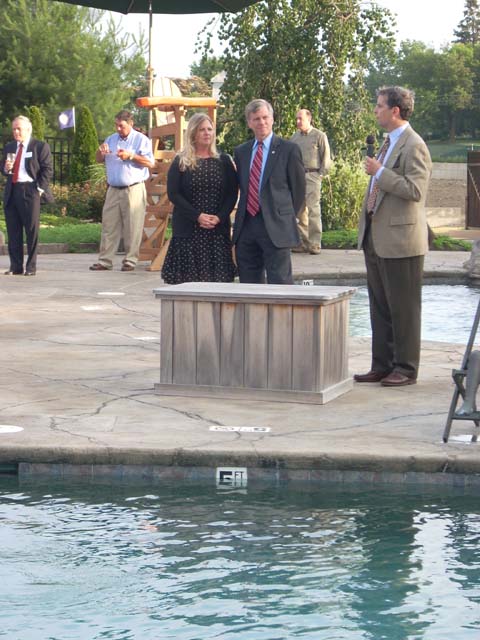 Sen. Mark Obenshain (right) introduces the next Governor of Virginia. 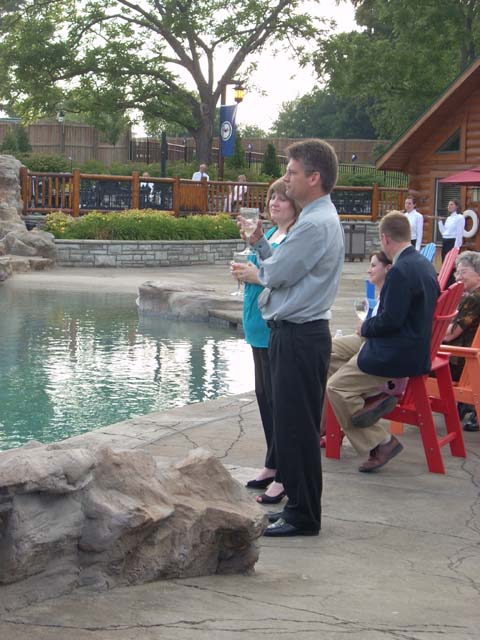 Kurt Michael and others listen as Bob McDonnell speaks. 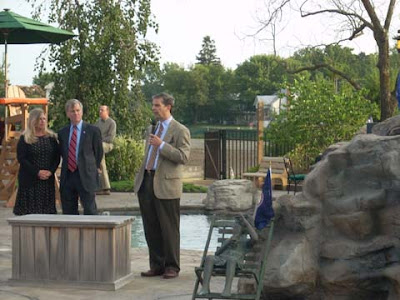 
"Thank you for coming out on a beautiful Shenandoah Valley evening!"

And thus Attorney General Bob McDonnell opened his remarks to the crowd gathered Friday evening at the home of Harrisonburg businessman and entrepreneur and newly-appointed Republican Party of Virginia Financial Director Walter Curt.

The Attorney General discussed the importance of winning this fall for all our candidates ... John McCain as President, Jim Gilmore for U.S. Senator, and Congressman Bob Goodlatte in the 6th District.

He thanked Martha and Walter Curt for opening their beautiful home for the evening, and he thanked all those who financially contributed to his campaign. He also expressed appreciation for the volunteers who are on the ground doing the necessary legwork. He thanked Sen. Mark Obenshain for his work in the state senate ... and introduced Del. Chris Saxman as the co-coodinator of the Virginia John McCain campaign.

Overlooking the beautiful Blue Ridge Mountains and the Skyline Drive, the setting was perfect and the weather cooperated beautifully with sunshine and a gentle breeze. The theme of the party was Virginia ... with dozens of Virginia flags throughout on fences, on gates, take-home hand-held Virginia flags and lapel pins for guests ... and all were overlooked by a large American flag waving in the breeze atop the stone waterslide beside the pool.

Talking with my own delegate Chris Saxman and his wife Michele was a hoot. Michele is one of the most gracious people I know ... humble, down-to-earth, fun to talk with ... she is an extremely hard worker. Mom to four children ages six to 14, she looked like a model last night in her white capris, green fitted sleeveless top, nice accent jewelry, and green matching pumps. Chris was in high spirits, laughing and poking fun ... the old Chris we all know. His Special Session HB 6006 to tap all proceeds from off-shore oil and gas drilling and put them into transportation was mentioned by Newt Gingrich on Fox News Thursday night.