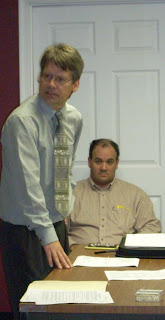 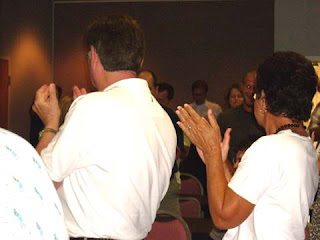 Standing ovation by everyone in the room for Kurt's leadership the past 5+ years.

Thursday night's Augusta County Republican Committee meeting was held in a packed, standing-room-only room where every chair was occupied. The event was the election of a new chairman after former chair Dr. Kurt Michael stepped down following the contentious mass meeting and follow-up appeals that upheld his election as chairman. However, in the spirit of pulling the Party together, he stepped aside to make room for a new leader.

After hearing remarks praising Dr. Michael and thanking him for his five-plus years as chairman, the entire roomful of people broke into applause and rose to their feet in honor of the man who had led them from a skeleton committee of 12-15 members with little infrastructure to a strong committee with 74 members and an infrastructure that includes District Chairs, Precinct Captains, and other volunteers in place. 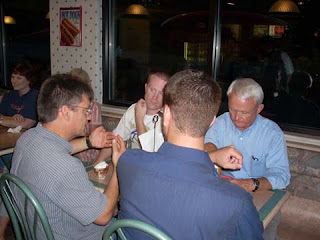