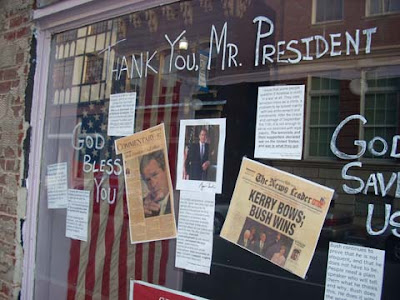 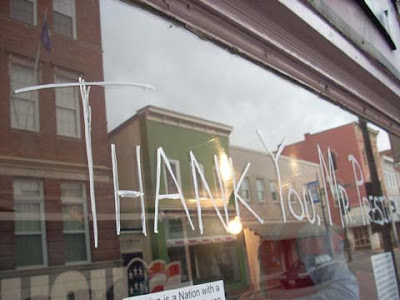 "Thank You, Mr. President"
is seen in Zelma's front window as historic downtown Staunton buildings
are reflected in the background. 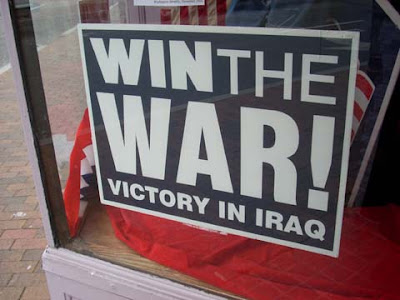 This "Win the War" sign has been in the shop window for three years. The owner's husband served a year in Iraq. 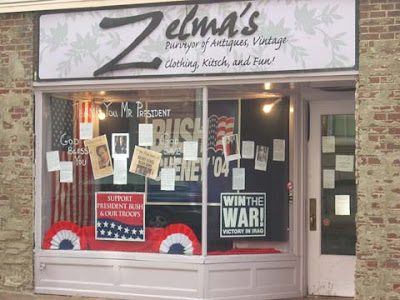 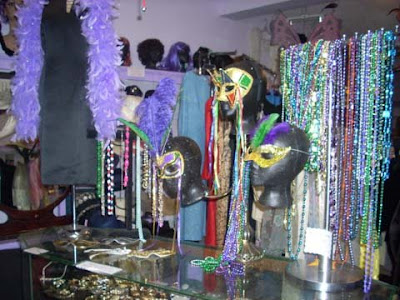