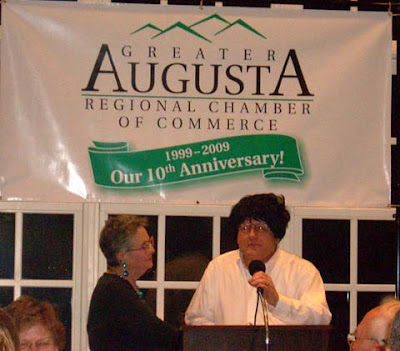 "Willie" aka Chamber President Ben Carter expresses delight at the news that his younger has been found murdered. 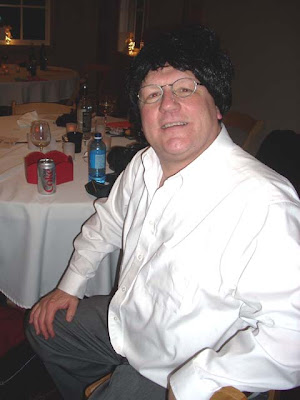 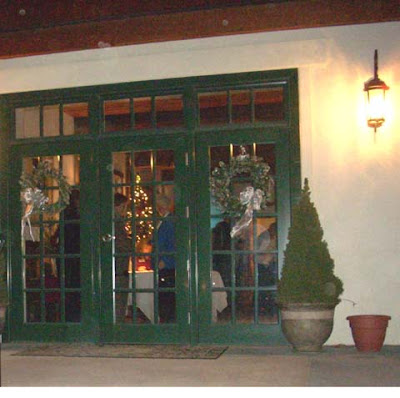 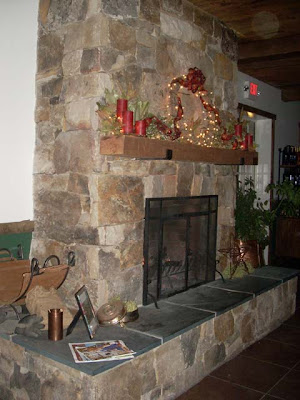 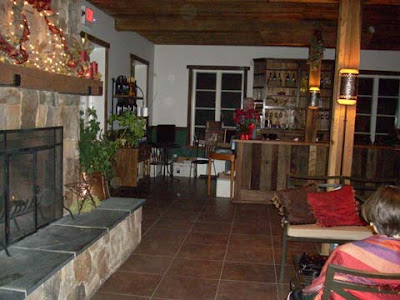 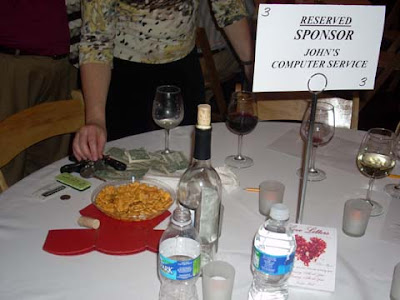 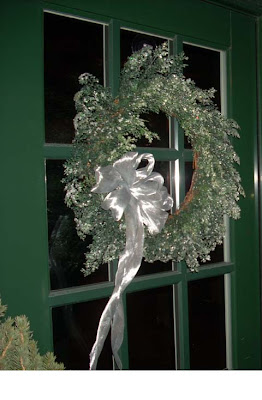 Saturday night's mission was clear: Pop a bottle of wine, click your glass in celebration, and kick back for some merriment and laughter at the Greater Augusta Chamber of Commerce's "Murder Mystery" night at Barren Ridge Vineyards.

Set in the beautiful renovated barn of this former apple orchard, a packed house of movers-and-shakers from the Augusta County, Staunton, and Waynesboro areas gathered to share in good eats and great wine and the fun of "solving" the murder of Ben Carter, the Chamber's president, by poisoning.

As the evening progressed and guests sat munching on a wide assortment of appetizers, a sudden blood-curdling scream broke through the air ... and a hush came over the crowd as startled partiers turned first toward the screamer ... and then in the direction her finger was pointing ... just in time to see Ben Carter stumble across the room, fall against the wall, stumble into the hallway, and drop dead at the top of the stairs.

As investigators moved in to cover him in a white sheet (Ben later told me it got hot under that sheet!), the crowd began receiving their instructions to help find the murderer. Five suspects from the community were named ... the objective was to discover a motive by searching for evidence.

A twist in the murder showed up in the guise of "Willie," Ben Carter's older brother who expressed glee that his younger brother had been found poisoned.

It was entertaining to watch the investigation unfold ... I strolled throughout the building and took photos of the crowd and the winery as my sister donned her Agatha Christie hat and searched for clues. Two hours later, the murder was finally solved ... much to the delight of all involved.

We sat with Barren Ridge Vineyards owners John and Shelby Higgs, quickly finding common ground when we learned they had lived for years in Richmond but had moved back to this place that was in John's family.

Complimentary tours and tastings are available and Shelby invited us to come back and join them for a tour. The tasting room is a comfortable gathering area in front of a massive stone fireplace under wooden beams ... the outdoor patio showed promise of being a great spot to sit and sip wine in warmer weather while looking out over the vineyards and mountains beyond ... the barrel-aging room was the location of the dessert bar. The location is perfect for weddings, private parties, and corporate dinners.