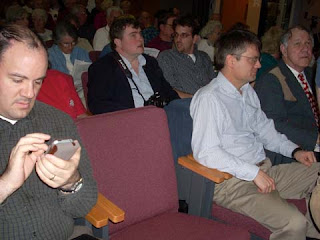 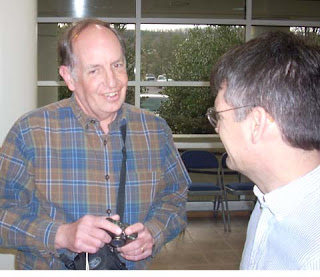 Bob from The Journey talks with Kurt Michael. 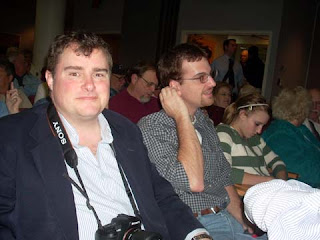 Yankee Phil with his nice camera. 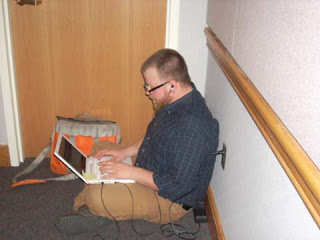 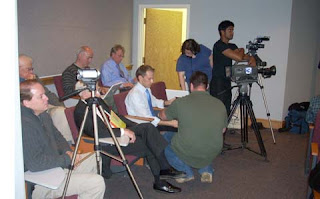 The news corner with reps from every news outlet in the area.

There should be plenty of coverage of Wednesday night's Augusta Board of Supervisors meeting. Four SWAC area bloggers attended and probably took enough photos to choke the Shenandoah River.

Augusta Water Cooler aka Jason Bibeau was beside me ... Yankee Phil sat behind me ... Bob from The Journey could not get in the main room so perhaps he got photos from a different perspective in one of the auxiliary rooms. Photobloggers offer another window into the proceedings of an event like last night.

Phil's new camera is able to capture close-up shots in a way my point-and-click Nikon cannot. I have camera envy....

The mainstream media were there, too, and have coverage of the meeting: