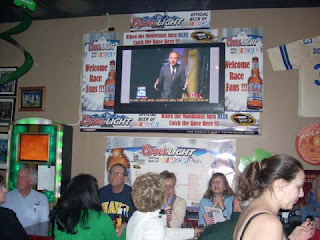 Sidelines Sports Pub in Waynesboro was the central Shenandoah Valley meetup spot for over 200 Glenn Beck fans to watch "We Surround Them" on Fox News Friday afternoon. 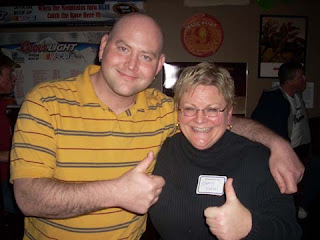 Brad Harris, owner of Sidelines, & Sherry Helsel, organizer of event. They threw a Glenn Beck party and 200 people showed up! 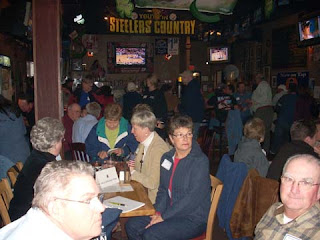 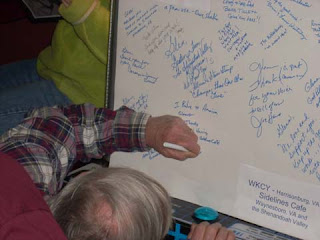 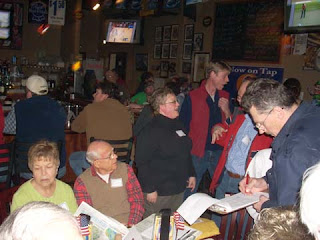 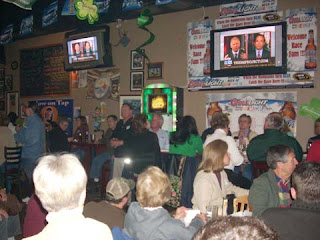 Watching Glenn Beck on one of the 10 TV screens. 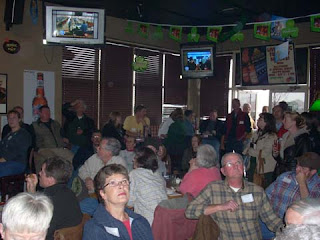 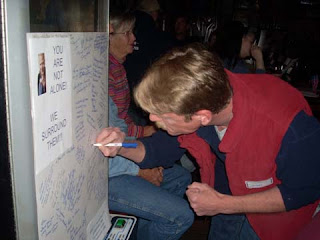 Adam Morse of Staunton signs the poster for Glenn Beck. Adam and I first met during the 2000 George W. Bush for President campaign and have remained friends since. He's a red, white, and blue patriotic American. 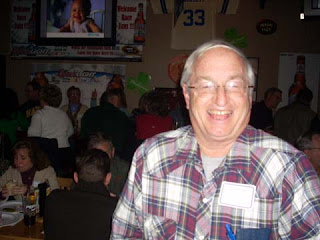 Tom Nelson with the Augusta County Republican Committee. He and his wife, Poppet, were part of the party. 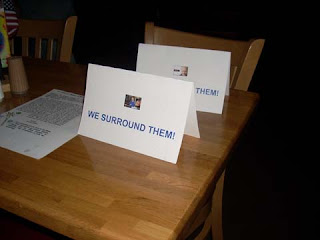 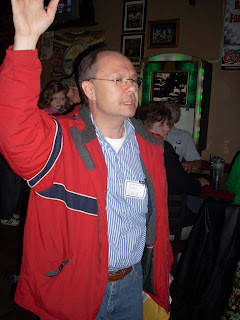 Steve Knupp, Operations Manager for WKCY, the radio station that carries Glenn Beck's conservative talk show, asks those present who were part of the "We Surround Them" group to raise their hands. Everyone in the pub raised their hands. We had packed the place! 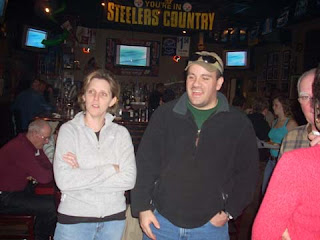 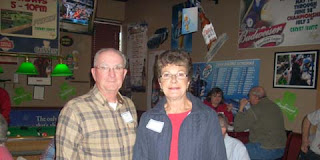 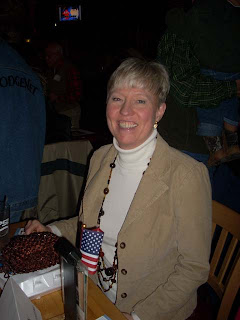 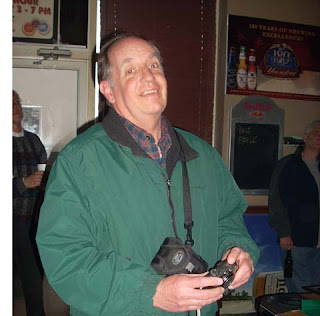 Bob Kirchman of The Journey blog. Read his excellent post on the event.

"We Surround Them," the Glenn Beck special, will be repeated TONIGHT, Saturday, March 14, at 9:00 pm on Fox News Channel.

What an amazing event ... to be in the presence of 200 patriotic conservative Americans! American flags were on every table ... an American flag hung from the ceiling. All 10 TV screens were tuned to the Fox News Channel waiting for Glenn Beck's "We Surround Them" special when I arrived at 4:15. I walked in the door and the place was packed! There were familiar faces and new faces that quickly became friends.

It was standing room only. The pub had reached its 200 capacity by 4:45 and people were turned away at the door. Some went next-door to the sub shop where a TV was set up for them to watch the Glenn Beck special.

Sidelines owners Brad Harris and his dad, Joe, were greeting folks and helping organizer Sherry Helsel accommodate the crowd. Folks penned their names on name tags that said, "We Surround Them" ... "We Surround Them" signs were on tables ... a "We Surround Them" poster was available for folks to sign so it could be sent to Glenn Beck. Kudos to Sherry for the great job in organizing this event.

A cheer went up when Glenn Beck came on the TV and proclaimed, "The forgotten man is YOU."

And then scenes from 9/11 were on the screen ... the burning Twin Towers, President George W. Bush standing at Ground Zero in New York City saying, "We hear you. The entire world will hear you." The room erupted in applause and cheers.

On September 10, 2001, 19 men lay away knowing the terrible destruction they were about to rain down on America. America was busy playing politics with her head stuck in the sand.

On September 12, 2001, we came together as a country to work together and promised ourselves we would never forget what had happened to our country. U.S.A.!

... or we can be the 9/12 America and choose to renew the promise we made to one another. Remember it is We the People.

You are not alone. The mainstream media and those who want to tear down American seem to surround us but, in reality ...

And so the 9/12 Project was born. The server for the website crashed during the program ... they had the largest server they could find and it still crashed from so many hits. Meetup.com said these Glenn Beck groups around the country Friday was the most traffic they had had since Howard Dean organized his presidential campaign in 2003.

Where is the mainstream media? Thousands and thousands of Americans ... perhaps millions ... nationwide gathered to make a statement. Where is the reporting?

They are missing We the People taking back America.

The912Project.com: We will come together again on September 12, 2009, in meetups nationwide. Details will be coming from Glenn Beck.

Email ThisBlogThis!Share to TwitterShare to FacebookShare to Pinterest
Labels: Glenn Beck, patriotism, take back America, We Surround Them, We the People

Wow, Thanks for the kind recommendation. And that's after pulling an all-nighter to finish some church renderings too! Can you see the sleep deprivation in the photo?

Please everyone go to "Youtube" and see the video "Obama Deception" you will be frightened with facts of where were headed. We must stand together to STOP!! this at costs. I'm wide awake now and ready for the challenge, please spread the word about this video, we must have everyone see it.
God help us all.
Bob