David Karaffa has support of family, friends in role as supervisor 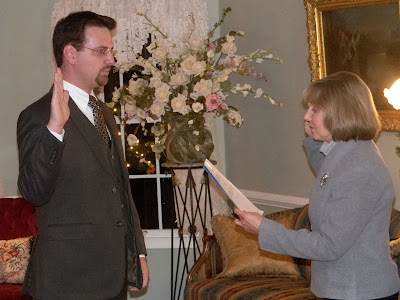 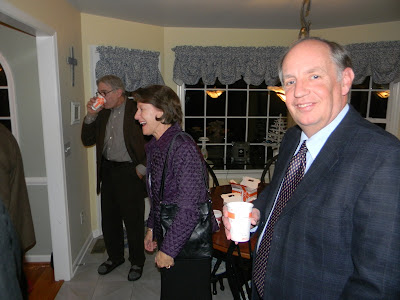 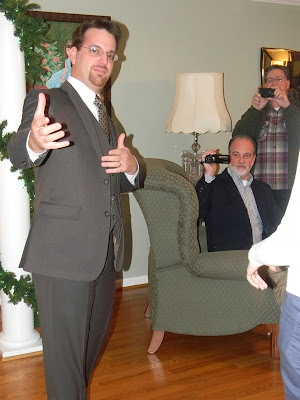 Thank you, David, for being willing to serve the citizens of Augusta.

On January 3rd, Augusta County history was written as David Karaffa took the oath of office. Supported by his family and friends, David took on the huge task of running an independent campaign. He knocked on a lot of doors. He taught more than he campaigned, showing citizens how the process worked so that they would understand how government works, how essental services are provided and paid for, and how representative government requires the involvement of informed constituents.

David asked people to get involved in their own government and they did, propelling him to office as Beverley Manor's newest supervisor.

Along the way he had great support from four generations of family. His Grandmother Lucille worked at the polls. His young daughters watched him teach the ultimate civics lesson. His father, Dr. David Karaffa, proudly stumped for his son's campaign.

As we gathered to celebrate, I could not help but echo Santiago's sentiment: "I live in a good town." Many of us had been touched by this fine family. My daughter found her best friend and soulmate in Kurt Michael's Governors' School class, she is the daughter of David's uncle. One of the greatest joys of the evening was in hearing just how many of us had been blessed through our association with the Karaffa family.

I feel that the legacy I speak of is still in its opening chapter.

Indeed. Some are called to serve early. David, from a family that provided a strong foundation and sat around the dinner table discussing issues and events, learned early-on to work with others, listen to those who could offer answers, and above all to work hard while achieving his goals.

More photos of the swearing-in can be found here.