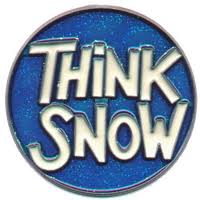 Put together one ski slope, a bonfire, a group of enthusiastic skiers, and some peppy music. Add flash dance steps and, voila! You've got a snow dance on a mountain slope.

The winter of 2011-12 is proving to be skimpy on the white stuff, not only up and down the Eastern Seaboard but also out west, in the mid-west, and Great Lakes areas where a lack of extreme cold temperatures has caused thin ice on lakes and ponds.


Ski Colorado, Utah, and others have joined in the fun, posting snow dances to try and appease the snow gods, Mother Nature, and anyone else who can help save the winter sports season.

In Vail, Colorado, where this year's snowfall is some of the least they have seen in 30 years, the Southern Ute Indians continued a tradition begun 50 years ago, offering up prayers for snow and "moisture for Mother Earth."

Breckenridge, tucked high in Rockies, was excited today over 4" of snow at a time when they usually have several feet of snow on the ground.

Alaska, meanwhile, has an overabundance of snow this year with record amounts being recorded throughout with avalanche danger for highways and eight-foot drifts.

It's winter so I say bring on the snow! Open the skies and let the flakes float down and fill the winter woods and mountain ridges so the snowboarders, skiers, ice skaters, and snowtubers can enjoy their brief season of fun. It's January ... think snow!
Posted by Lynn R. Mitchell at 1/08/2012 08:00:00 AM