The visitor outside my window ... a pileated woodpecker 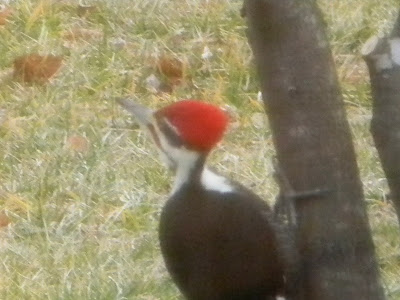 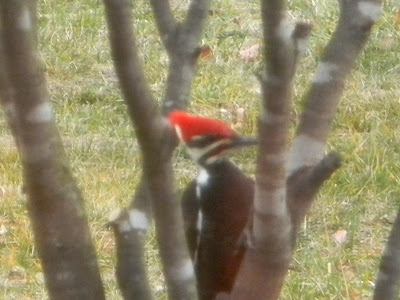 During the warm summer months, these fellas are loud as they call from the trees in what has been described as a wild laughing sound. From this angle, this one looks like a female (black stripe from bill to throat) but the last photo looks as if the stripe is red which would indicate a male. 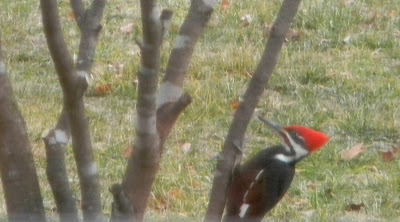 It stayed long enough for me to get a few shots but I was afraid to move closer to the window for fear of scaring it off so the images are not as sharp as I'd like. 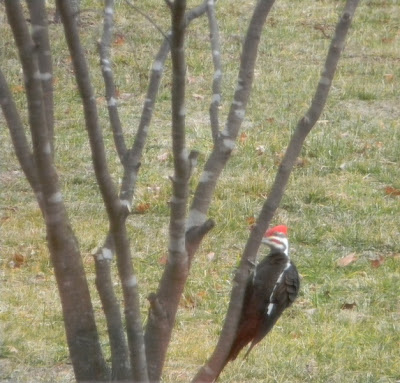 Email ThisBlogThis!Share to TwitterShare to FacebookShare to Pinterest
Labels: wildlife in Shenandoah Valley

These are beautiful woodpeckers. Nice photos!

Thanks, Bob. Would have been nice if the photos had been a little clearer but I didn't want to scare off the woodpecker before I got *something* on my camera. It really was beautiful and a treat to observe at such close proximity....