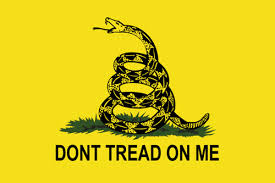 What a difference between 2010 and 2013. Remember when Florida Senator Marco Rubio was the tea party darling?

On Monday, the Shenandoah Valley Tea Party Patriots sent an email urging members to contact senators to vote against the immigration bill but something startling was in the email: they considered Marco Rubio a "Benedict Arnold."

Now that Senator Rubio is working to find a pragmatic, bipartisan compromise to the extremely complicated issue of immigration, the tea partiers who loved him have turned on him.

Here is the email from this group that declares itself, "Guardians of the Republic, Keepers of Liberty." At the bottom is their revelation about Senator Rubio:

A decisive debate will soon begin -- a debate which will determine the fate of this great nation. The opening words of the debate will be spoken in the United States Senate.

And, the name of the debate is Amnesty -- Amnesty for 20 million illegal aliens and amnesty for 40 million of their relatives. Should the forces supporting Amnesty win the debate, 25% of the population of United States will be citizens from third world countries with little or no understanding of the Constitution or the Bill of Rights. America will be ruled by a one-party government which will be socialist and authoritarian.

The Shenandoah Valley Tea Party urges you to fight the forces supporting Amnesty with the most powerful tool available to you – your telephone, wielded with passion and purpose.

Raise your telephone and raise you voice to the Senators in Washington.

Men and women of Virginia: This is your country. Will you defend it?

Notes for calling: 1) Emails have little influence as many Congressman have their staffs delete emails without reading them. 2) Some Senators will turn off their incoming calls, sending callers to a voicemail box, which is then emptied without listening to the messages. 3) Call the Washington offices first. If the telephones are turned off, then call the regional offices. The telephone numbers are found on the Senators’ websites. Google by name and look under “Contact Us”. 4) Fax’s usually go through with no delay. 5) Be tenacious. 6) Contact your own Senators, and other Senators who should be encouraged to vote against Schumer’s Immigration Bill.

Listed below are some, but not all, of the Senators who you should call. Forward this email to everyone you know.

Republicans who are up for re-election next year

The tea party, the group that started four years ago as individual, independent thinkers following their own consciences, now walks lock-step with the people who make the decisions for them. Those people have now decided Senator Rubio is a traitor.
Posted by Lynn R. Mitchell at 6/11/2013 05:00:00 PM