Virginia's mowing blitz to spiff up for Independence Day 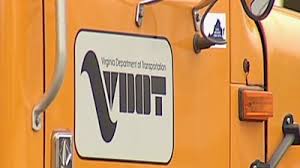 Virginia is spiffing up the roadways for the upcoming 4th of July holiday as the Virginia Department of Transportation goes on a mowing blitz during the next week. Shoulders and medians will be mowed and trash picked up as the Commonwealth readies for America's birthday.


“A clean, well-cut roadway enhances the state’s appearance for residents and visitors, but of greater importance is the effort to improve a motorist’s ability to see signs, guardrail and oncoming traffic, and to pull over during an emergency. Additional mowing will be ongoing throughout the year, but we wanted to make sure that our roads and highways are ready to welcome the public to the Commonwealth ahead of the holiday weekend.”

As always, be mindful of VDOT workers who are out there beautifying the Old Dominion. They want to spend a safe Independence Day with their families, too.
Posted by Lynn R. Mitchell at 6/26/2013 08:17:00 AM