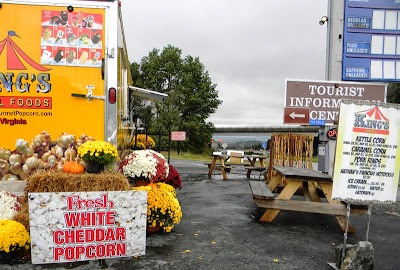 "If you build it they will come." Or, perhaps more appropriately, they will stop and buy.

Ron King has found a market for snacks on Afton Mountain with King's Gourmet Popcorn located at the juncture of the Blue Ridge Parkway, Skyline Drive, I-64, and Rt. 250. With views into the Rockfish and Shenandoah valleys, millions of tourists pass that way annually.

Once an oasis for hungry travelers, the past 15 years have not been kind to Afton. The Inn at Afton formerly known as the Holiday Inn, the Howard Johnson Restaurant, service station, and everything else have fallen into disarray. Only the Inn remains open. The sight of burned-out buildings and graffiti is not what most would expect while traveling the scenic mountain ridges.

That's why King's bright yellow vendor trailer, decorated now for fall with brightly colored chrysanthemums, hay bales, and orange pumpkins, is a welcome sight for hikers, travelers, and locals alike. He is filling a need, as evidenced by his steady customer base and ever-growing menu selections.

Eighteen months ago he started with a tarp and kettle korn pot, cooking the salty-sweet goodness on site while servicing curious customers. That fall he was joined by the apple man.

Then King's Gourmet Popcorn began branching out, offering bottled water and icy cold soft drinks followed by a wider variety of flavored popcorn and then pork rinds. That was followed by the bright yellow vendor trailer that replaced the tarp and kettle. He added picnic tables, hotdogs, coffee, ice cream, walking sticks, and tee shirts. A Facebook page was established that now sports 600 followers and comes in handy when late afternoon storms cause early closings, conveniently announced online. There's even a small neon "Open" sign that flashes when he's on site.

In short, King's Gourmet Popcorn is now a fixture on Afton Mountain, sought after by travelers who have become familiar with his offerings. My husband stops almost every time we're in the vicinity, grabbing his favorite bag of kettle korn before heading north on the Drive or south on the Parkway, and even sometimes as we head east on I-64 toward Richmond.

Ron King is becoming a tradition. But he's not finished. Plans are to add more food selections, mail order, and additional flavors. Many would be happy if he proved to be the seed that began the rebirth and rebuilding of Afton Mountain. 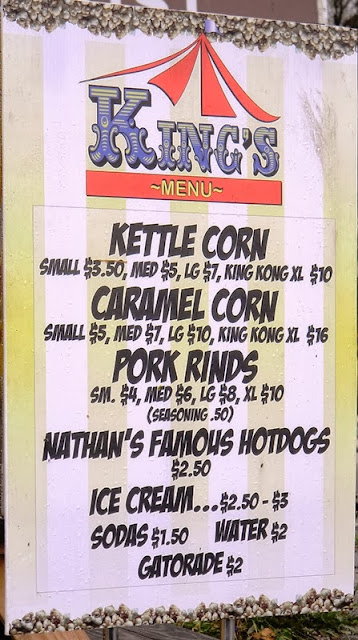 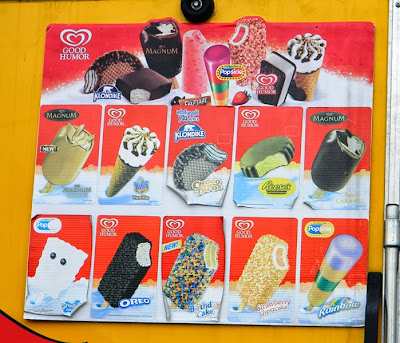 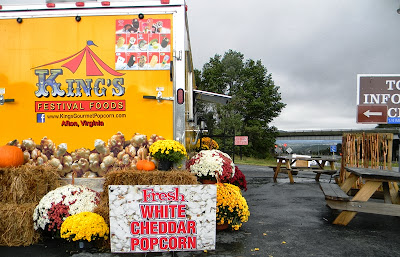 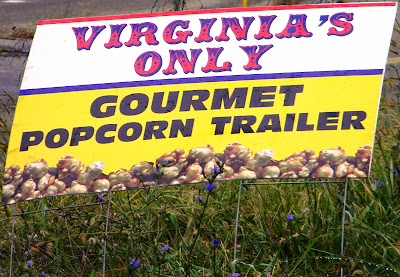 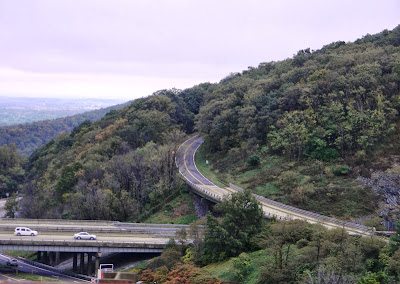