Utah, Colorado national parks to reopen under agreement with feds 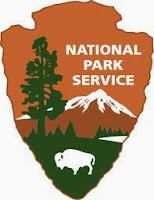 Utah and Colorado are feeling the effects of the government shutdown on closed national parks at a time of year when it is usual to see $100 million in tourism dollars generated for those areas.

Now the governors of those states, one Republican and one Democrat, have reached an agreement with the federal government to reopen national parks in both states, according to CNN:


"Utah agrees to pay the National Park Service (NPS) up to $1.67 million— $166,572 per day—to re-open eight national sites in Utah for up to 10 days. If the federal government shutdown ends before then, the State will receive a refund of unused monies," an official press statement explained.

The deal would reopen Arches, Bryce Canyon, Canyonlands, Capitol Reef, and Zion national parks. The other three locations that will be opened are Natural Bridges and Cedar Breaks national monuments, as well as Glen Canyon National Recreation Area.

"Utah's national parks are the backbone of many rural economies and hard-working Utahns are paying a heavy price for this shutdown," Herbert said in the released statement. "I commend Secretary Jewell for being open to Utah's solution, and the world should know Utah is open for business and visitors are welcome."

Colorado's governor announced the deal on Friday, according to USA Today:


The state of Colorado announced on Friday it will spend more than $360,000 to reopen Rocky Mountain National Park through Oct. 20, while Utah is opening five of the state's national parks on Saturday at a cost of $1.67 million to his state.
...
More than 80,000 visitors were turned away from Rocky Mountain National Park during the first 10 days of the shutdown, and the local economy lost out on an estimated $4.8 million in visitor spending, according to a report by the Coalition of National Park Service Retirees. Colorado will spend about $40,000 per day to keep the park open. Colorado's tourism traffic also took a hit last month because of devastating floods in the state.

Interesting that that a deal has been struck in Colorado and Utah ... who will be next?