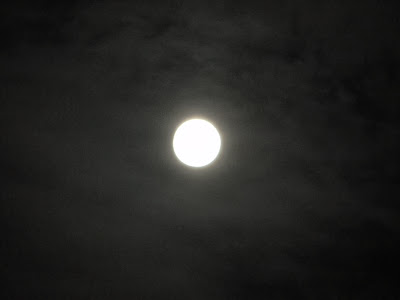 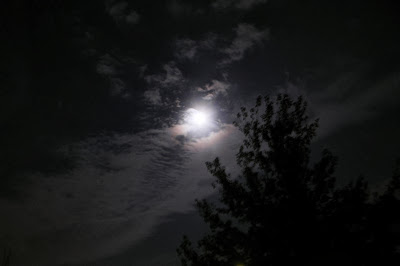 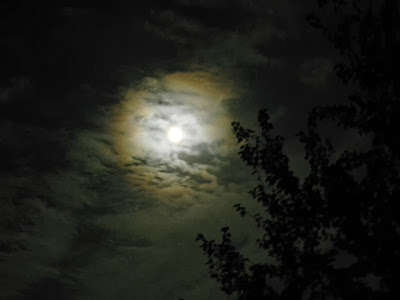 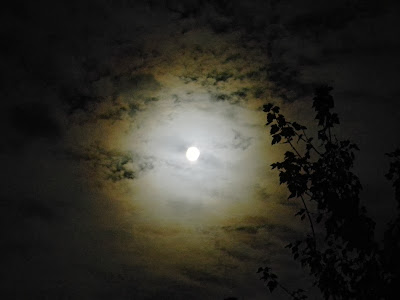 Here are several shots of tonight's full moon as seen around 9:30. It's the hunters moon and, according to the Weather Channel, there was also an eclipse that occurred between 5:30 and 10:00 p.m.


Its name — one of several catchy monikers including the Blood Moon and the Sanguine Moon — reputedly comes from those who used the light to their advantage, according to Science@NASA. “Hunters … tracked and killed their prey by autumn moonlight, stockpiling food for the winter ahead,” writes NASA’s Tony Phillips. “You can picture them: Silent figures padding through the forest, the moon overhead, pale as a corpse, its cold light betraying the creatures of the wood.”

I didn't see the eclipse but there was an interesting halo around the moon as it shone down on family hayrides and other fall activities at a nearby pumpkin farm. The glow helped the adventuresome tackle a dark and spooky corn maze while the music of Bruno Mars blasted into the cool night, encouraging hunters of a different type hunting for the exit and a cup of hot apple cider.

Peek outside. You might catch a glimpse of the hunters moon....