Army Ranger Josh Hargis' 'salute seen around the world' ... this is what a hero looks like 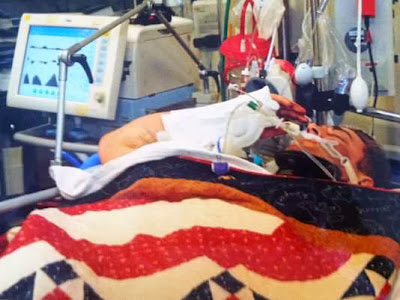 This is a photo taken by Josh Hargis' wife, originally published in the Cincinnati Enquirer

Army Ranger Josh Hargis was severely wounded by multiple IUDs during a mission in Afghanistan. During the ceremony to award him the Purple Heart prior to his medevac to Germany, though medical staff said he was unconscious, Ranger Hargis rendered honors to his Commander as the citation was read. A GENUINE AMERICAN HERO.


... as the Purple Heart presentation began, Josh Hargis struggled to move his right hand and lift it into a saluting position. Military protocol calls for a soldier to salute when he receives the Purple Heart.