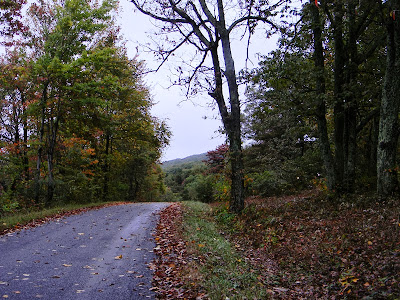 The Old Howardsville Turnpike on the western side of the Blue Ridge Mountains runs parallel to the Blue Ridge Parkway before dropping down into the Shenandoah Valley and coming out on Rt. 340 at Lyndhurst. It offers an alternative drive especially when the Parkway is crowded with leaf lookers.

Howardsville Turnpike was originally built in the mid-1800s as a route to transport goods from the Valley over the mountains to Howardsville on the James River in Albemarle County. Goods would then be shipped down river to Richmond. Teamsters driving loaded wagons used Humpback Rock as a guide. 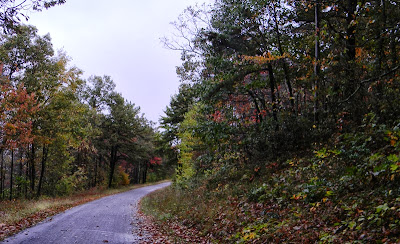 Today it's interesting to drive, hike, or bike the road, and think back to 160 years ago and the settlers who used it for an entirely different reason. 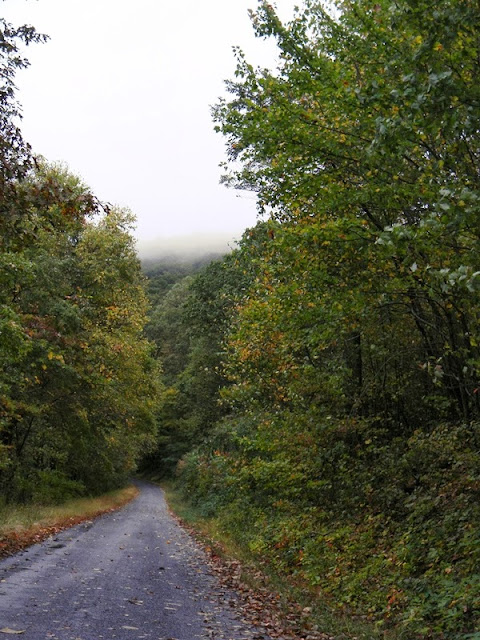 On Friday the fog rolled in and deer grazed along the roadside. 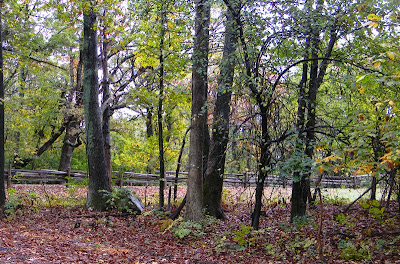