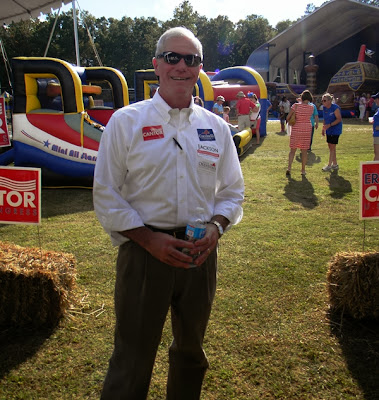 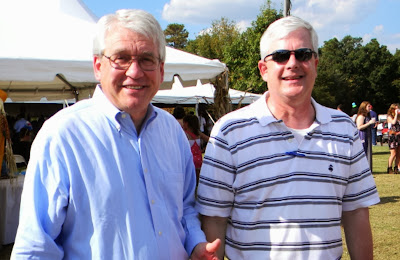 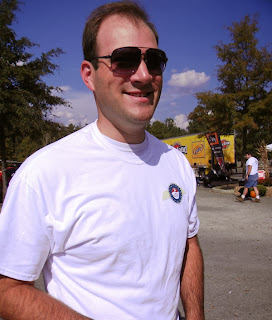 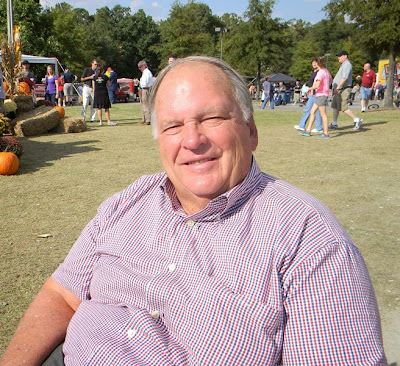 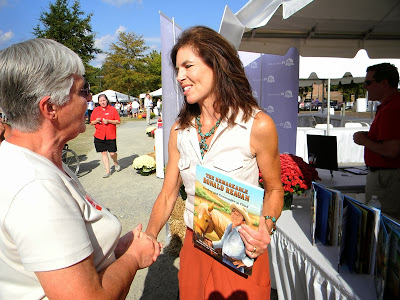 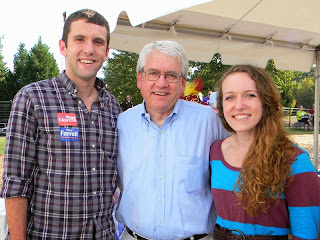 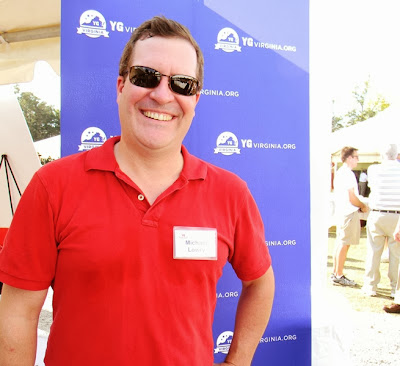 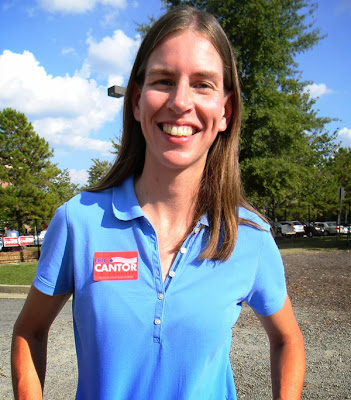 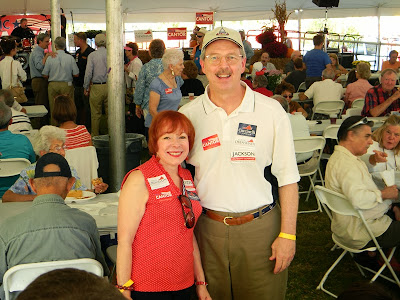 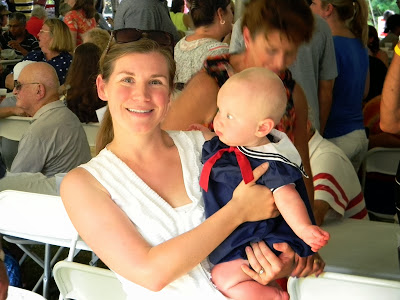 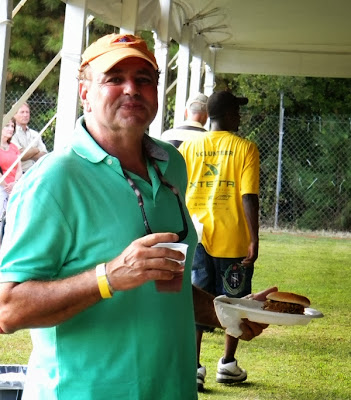 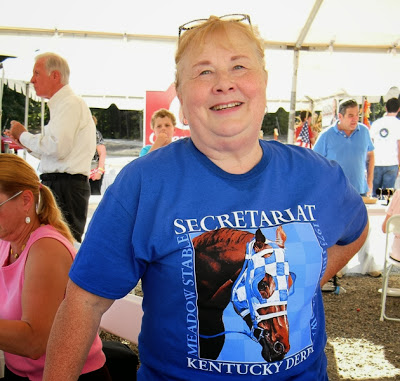 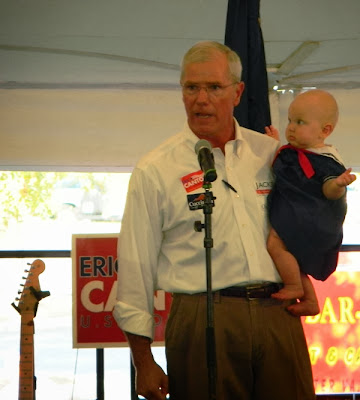 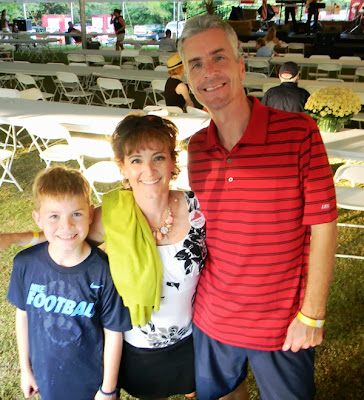 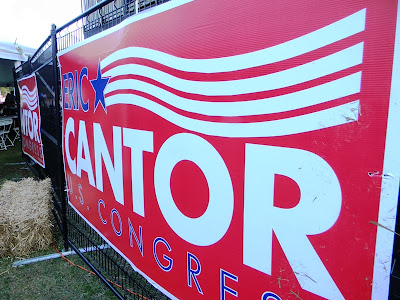 BBQ, speeches, campaign signs, fall decor, the Royal Blue band from the Shenandoah Valley ... must be the annual Eric Cantor and the 7th District Republican Roundup.

On Saturday Republicans gathered for the 9th Roundup on a 90-degree day at Richmond's Snagajob Pavilion with over 5,000 attending the free family event. Brock's BBQ provides food -- BBQ sandwiches, hotdogs, baked beans, coleslaw, desserts. While adults enjoy the free beer and wine, children have cotton candy, popcorn, and the bouncy houses as well as face painting, miniature train, and other entertainment.

Republican candidates are always on hand -- this year it was the top three on the ticket -- plus local electeds, past electeds, and committee chairs. Former Congressman Tom Bliley was on hand who was my congressman while growing up in Chesterfield. When Rep. Bliley retired, Eric Cantor, born and raised in Richmond of immigrant parents who escaped  ran for and won the 7th congressional seat.

In an article I wrote in the Washington Examiner in 2010, there's more to Eric Cantor than meets the eye:


He was born and raised in Virginia's Henrico County outside Richmond, talks with a soft southern accent, is known for his endless energy, worked with fellow Republicans Paul Ryan and Kevin McCarthy to recruit Young Guns to bring the Party back to its conservative roots, co-authored the Young Guns book, and was number two on the 2010 Jewish Daily Forward 50 list of prominent Jewish achievers just behind Google founder Sergey Brin.

Sadly, Congressman Cantor was not able to attend this year's event, the first time he has missed, because Congress was in session Saturday working on the current financial issue and government shutdown.

It was another successful event for the 7th District. Thanks to all who had a hand in pulling it all together.