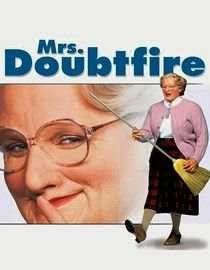 My family loves the 1993 movie "Mrs. Doubtfire" featuring the hilarious humor of actor Robin Williams with the hunkiness of Pierce Brosnan and the perkiness of Sally Field. The Warp has all the details about a sequel that will again pair Williams and director Christopher Columbus.

Twenty years ago we were all a lot younger so what would a sequel look like? Soon we'll have the opportunity to find out when the film is released. Sounds like more fun and maybe another run-by fruiting. Stay tuned....
Posted by Lynn R. Mitchell at 4/17/2014 08:37:00 AM