Back in the homeschool classroom: Grown son's first home 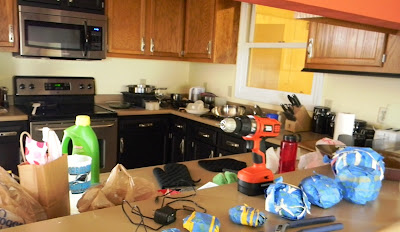 It's a path he has been on since graduating from homeschool high school. Educated at home in grades 2-12, he attended nearby James Madison University's computer school to earn his degree. After securing a job in Harrisonburg, he moved into an apartment with friends, paid off his student loan within a year, then saved and finally bought a new car after driving an old one since the age of 16. With the car paid off, he turned his attention to home ownership.

This year, that became a reality. His friends, sister, brother-in-law, aunt, uncle, cousin, and grandparents have visited as we gathered as a family at his house and celebrated.