Staunton Forum at Blackfriars: 'To be, or not to be ... on city council' 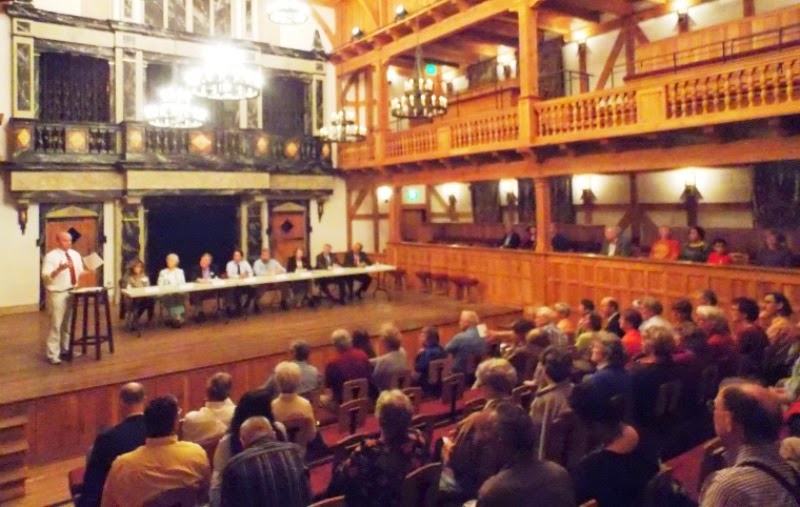 Staunton's Blackfriars Playhouse was the backdrop for Tuesday night's city council candidates forum on the arts and tourism. A crowd of almost 150 turned out to get to know the eight candidates as moderator Chris Graham facilitated the event. 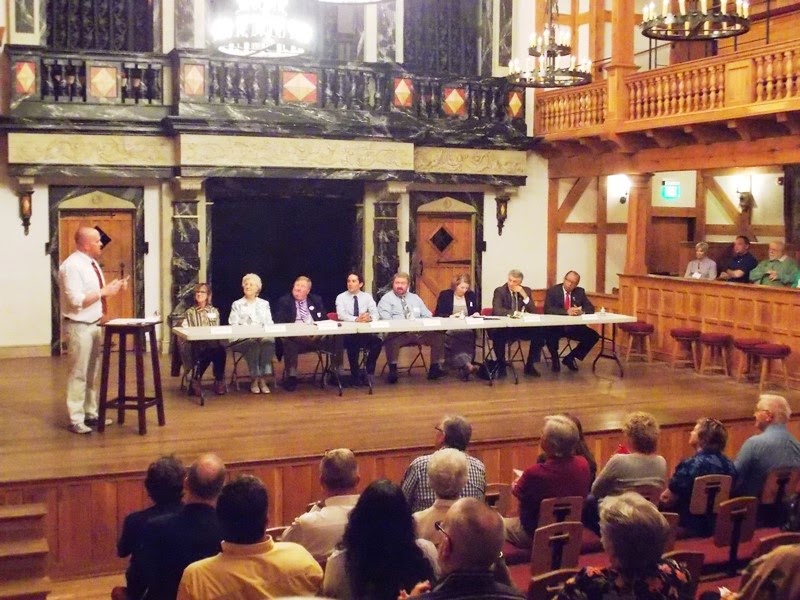 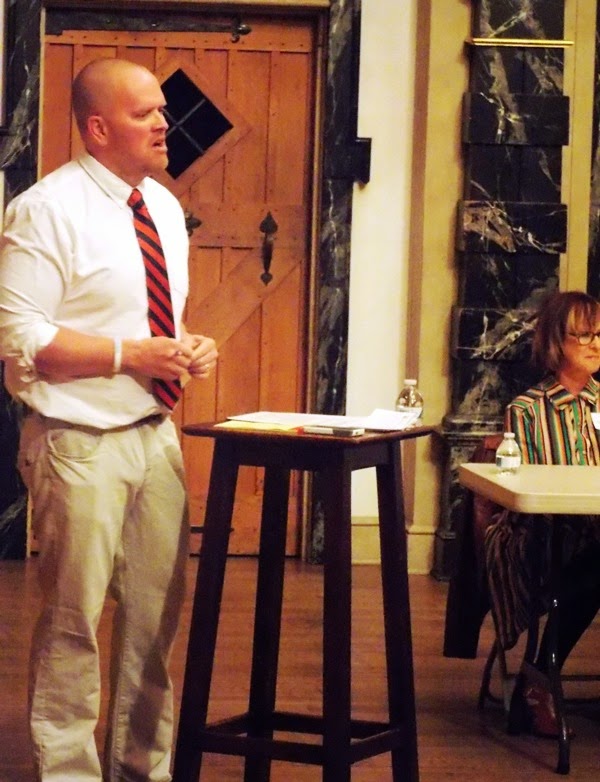 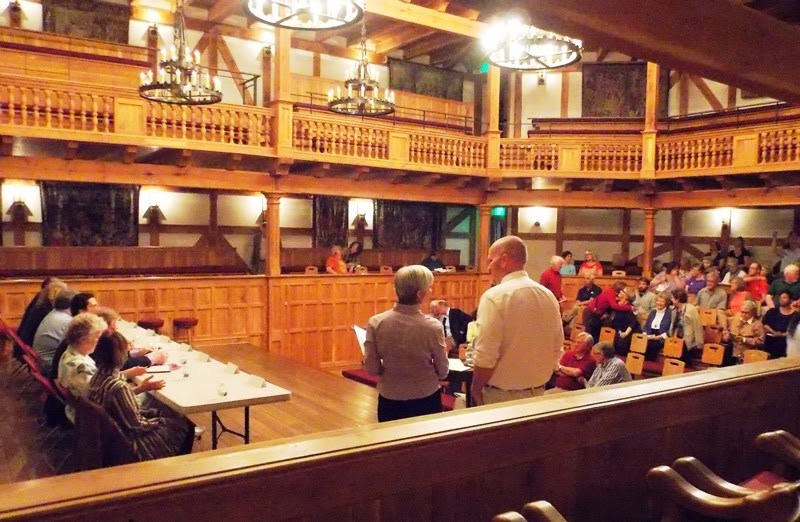 Pre-forum ... preparing as the public arrives.

"To be, or not to be ... on City Council. That is the question." Staunton city council candidate Shelley Bryant set the tone with her paraphrasing of that famous line at the opening of last night's candidates forum at downtown Staunton's Blackfriars Theater, bringing laughter and applause from the audience. On the eve of what most celebrate as Shakespeare's birthday, one almost expected to see the Bard himself sitting in the seats nodding his head in agreement.

The arts, an important element woven into this central Shenandoah Valley city, were front and center for the third and final forum Tuesday night between the eight candidates vying for three seats. With only two weeks left before election day, the crowd of 150 included many involved in the various playhouses, museums, and entertainment venues of the area.

Chris Graham, owner of the Augusta Free Press, moderated in his usual relaxed manner, putting the audience at ease as well as the candidates. His wife Crystal acted as timekeeper although sometimes it seemed as if she needed more than a sign to stop an ongoing response.

Incumbent Carolyn Dull is the only one running for reelection while Mayor Lacey King and councilman Bruce Elder are stepping down. With the large number of candidates in the running, yard signs are sprouting up as fast as spring flowers along city streets in the quest for name recognition leading up to the election. The addition of at least two new faces is of interest to many including current city council members Andrea Oakes and Ophie Kier who were in the audience as well as former Augusta County supervisor Nancy Sorrells.

The forum gave candidates an opportunity to show a different, sometimes more playful side of themselves as they shared their love of music and playing in bands and orchestras, their remembrances of being read Charles Dickens as a child, and most who admitted holding season tickets to local arts outlets. While the event was not too full of substance, obvious by the many quick "yes" answers given to a question about funding without the obvious background financial information necessary for such a response, it provided a peek into the varied personalities of those who wish to service the citizens of Staunton.

Political reporter Calvin Trice with the Staunton News Leader was there jotting notes and taking photos for his article. You may also want to check out the News Leader's Voter Guide.

Staunton council elections are Tuesday, May 6.