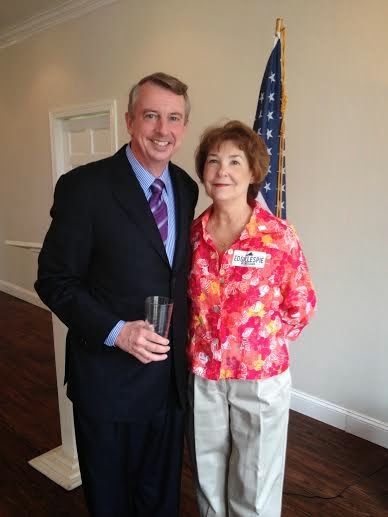 Republican U.S. Senate candidate Ed Gillespie was in Roanoke Friday delivering remarks to about 65 Republicans who gathered at the Plantation on Sunnybrook to hear about his candidacy for the nomination at the state GOP convention that will be held on Saturday, June 6, in Roanoke. Many thanks to Trixie for organizing the lunch. 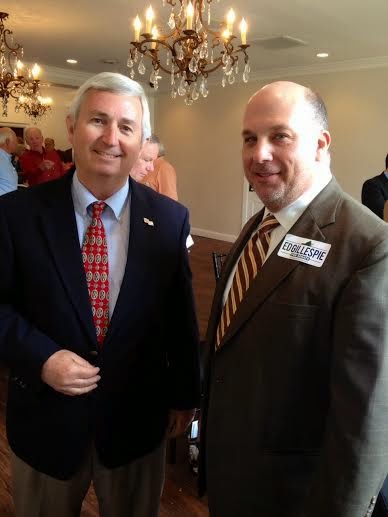 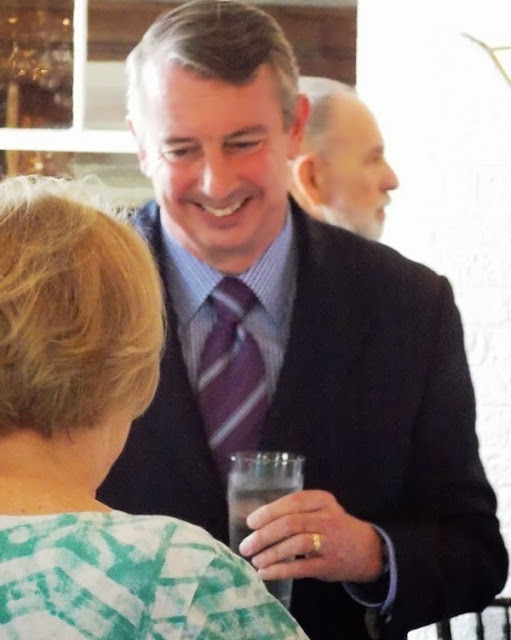 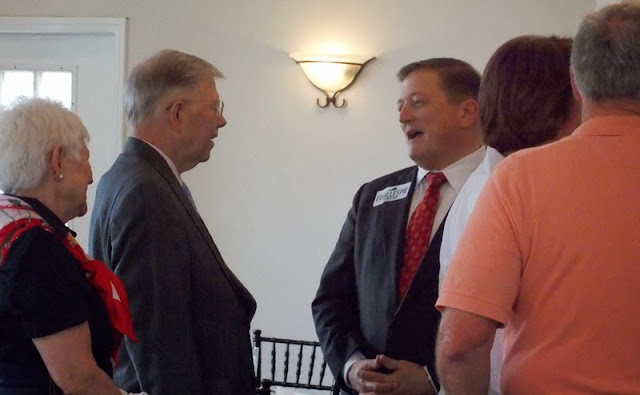 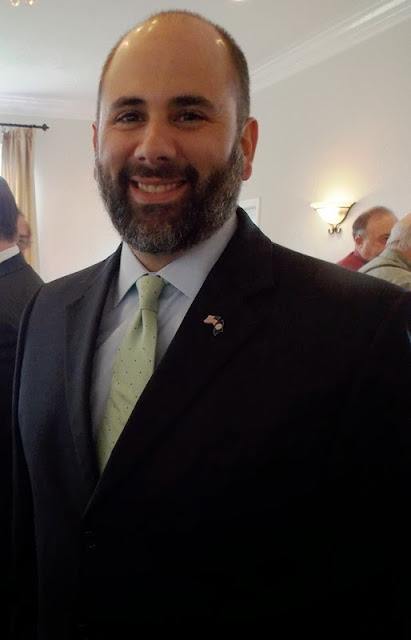 Delegate Greg Habeeb with the beard he's growing until the budget impasse is resolved in Richmond. 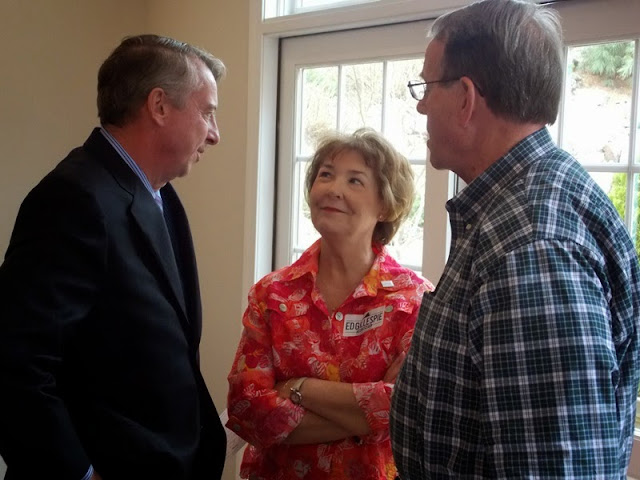 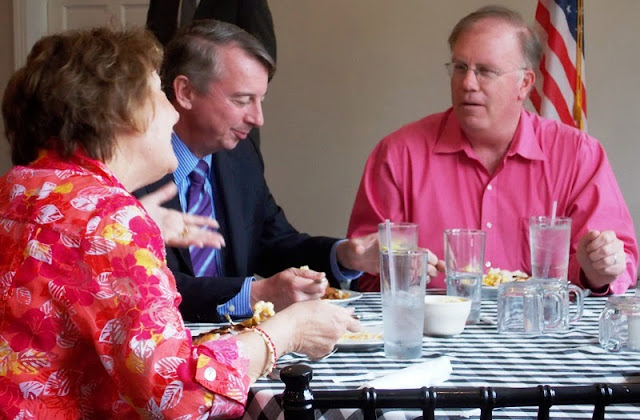 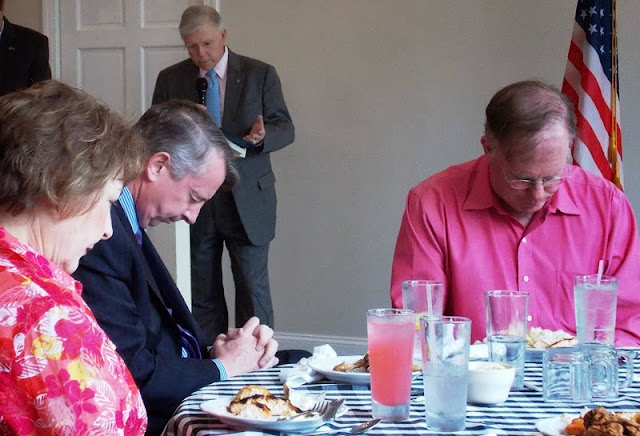 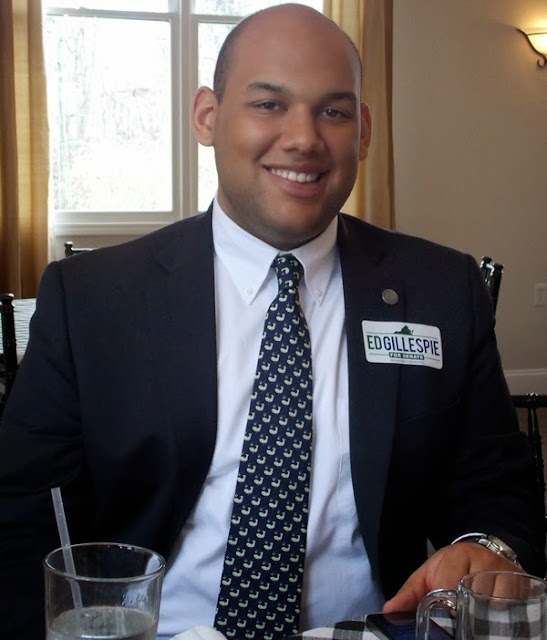 Tucker Davis with the Gillespie campaign in the 9th Congressional District. 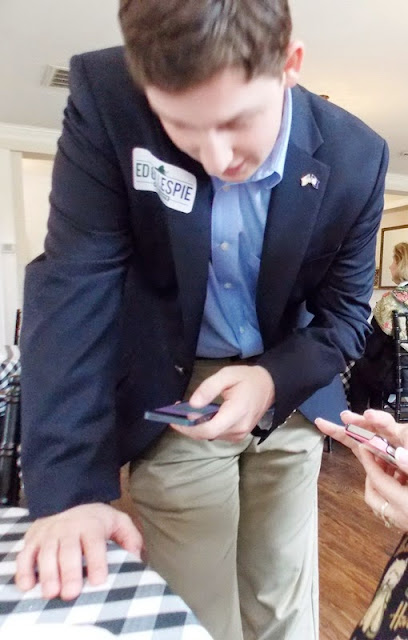 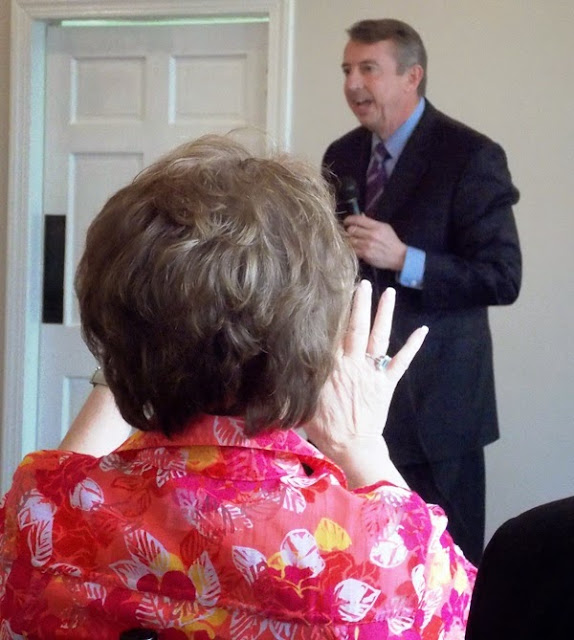 As Ed spoke, Trixie clicked and posted to Facebook. I did a bit of posting on Facebook, too, throughout the event. 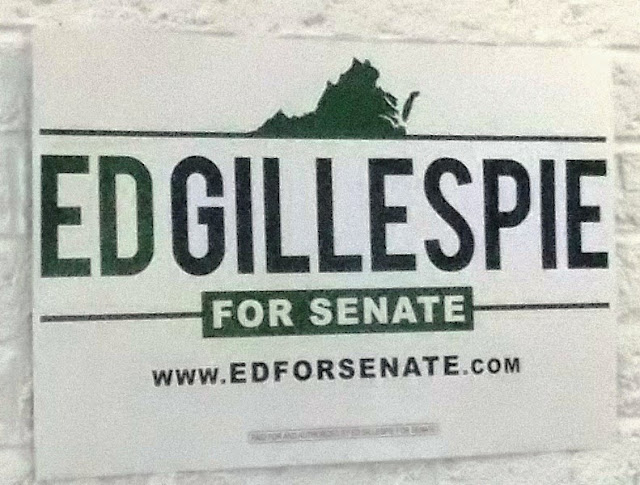 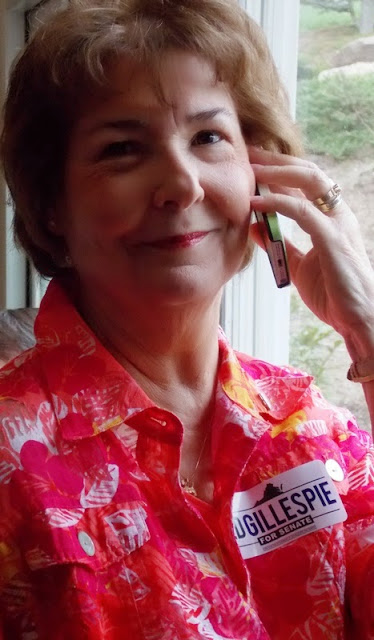 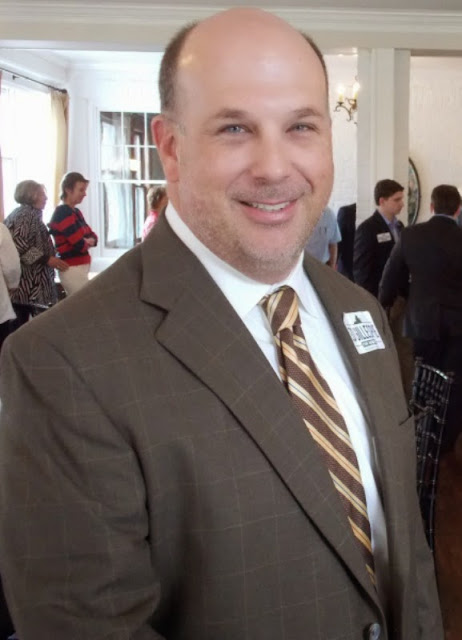 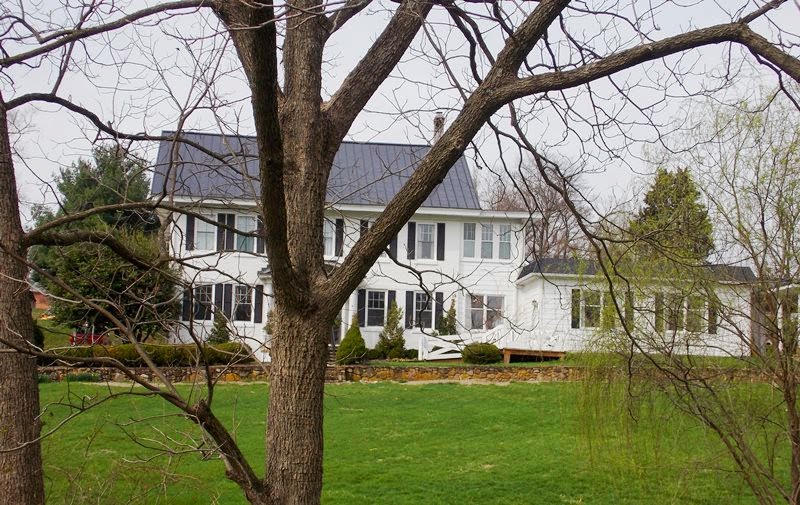 The Plantation on Sunnybrook

Ed Gillespie is living the American dream. His father came to this country from Ireland because he found work here as a janitor. Ed grew up working in his parents’ grocery store. He went to college, is married, and has three children.

"I got to grow up to be Counselor to the President of the United States of America!" he said at Friday's lunch, and the words seemed incredulous to him even as he said them. After serving as Chairman of the Republican Party of Virginia, he had been called to the White House during the administration of President George W. Bush.

Gillespie is a political consultant who has served as chairman of the Republican National Committee, worked with Mitt Romney's 2012 presidential campaign, worked with Dick Armey, Newt Gingrich, John Kasich, Elizabeth Dole, George Allen, and Bob McDonnell. He also worked with Karl Rove to get Republicans elected. Read more about his background here.

He highlighted issues and opportunities, noting that years ago he started out parking cars in the congressional garage in D.C. -- running now gives him the chance to go from the parking lot to the Senate floor in the Capitol. He emphasized he is interested in seeing policies that will make life better, that he wants to be a candidate for all Virginians, a servant for all Virginians.


Gillespie became chairman of RPV while I was on State Central Committee; he advised George W. Bush, Bob McDonnell, and other men that I have admired throughout the years. I like what he's done. His leadership has helped Republicans win ... he has advised elected Republicans ... he has been very effective at raising money. He has my vote.