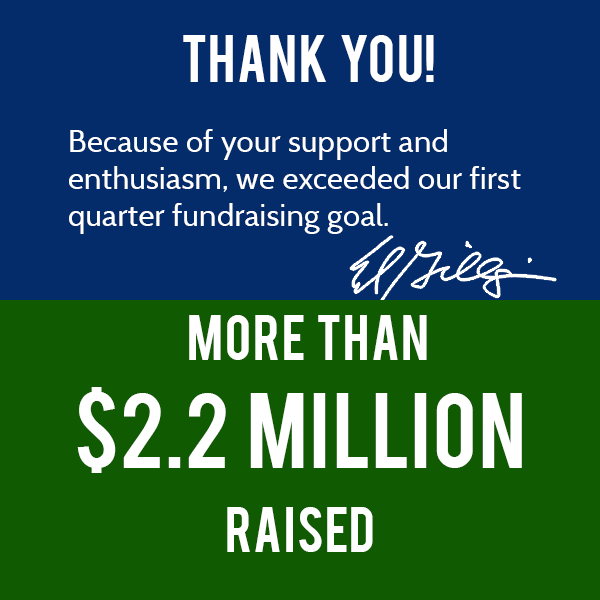 Ed Gillespie's Facebook message said it all: "More than $2.2 million raised." It's a monumental milestone for the Republican going up against incumbent Democratic Senator Mark Warner for a number of reasons.

Today's numbers prove that not only is Gillespie capable of raising impressive amounts of money but he is also able to chip away at Warner's polling numbers, holding him beneath 50 percent in the last two polls. Gillespie's high name recognition in political circles is playing out in his quest for the Republican nomination and confirms he is the only one in the field of four candidates who can make a serious run against Warner.


“In less than a full quarter, the Gillespie campaign raised more money than any other Republican Senate challenger in the country. Virginia voters know that they have an opportunity not only to replace a Senator who’s voted 97 percent of the time with President Obama, but to replace Harry Reid as Senate Majority Leader. Our first quarter report shows strong support from across the Commonwealth and reflects enthusiasm for Ed Gillespie’s plans to put Virginians first and unleash job creation.

“In addition to having the funds to take our message to all Virginians, the Gillespie campaign has absorbed an overwhelming amount of support from grassroots activists, college students, and even independents who supported Mark Warner in 2008. Ed has been publicly endorsed by 49 of the 83 voting members of the RPV State Central Committee members and 51 unit chairs from around the Commonwealth. With unemployment among 20-24 year-olds continuing to be in the double digits, we have seen young people and college students flock to Ed’s message of growth and opportunity. Over the last five years, Virginians have seen a stagnant economy with work hours cut, too few jobs, higher energy prices, skyrocketing health care premiums and policy after policy from Mark Warner and President Obama that makes the problem worse. They know that Ed will be effective on day one to take us in a better direction.”

The Republican state convention to determine the U.S. Senate candidate will be held in Roanoke on Saturday, June 7.
Posted by Lynn R. Mitchell at 4/15/2014 12:17:00 PM