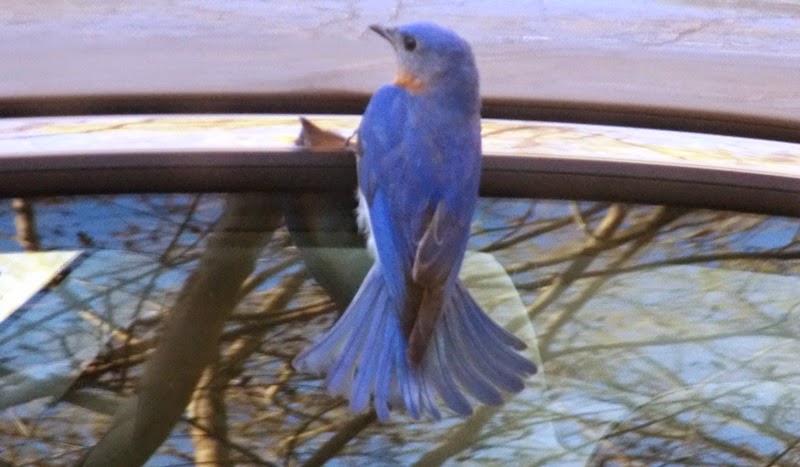 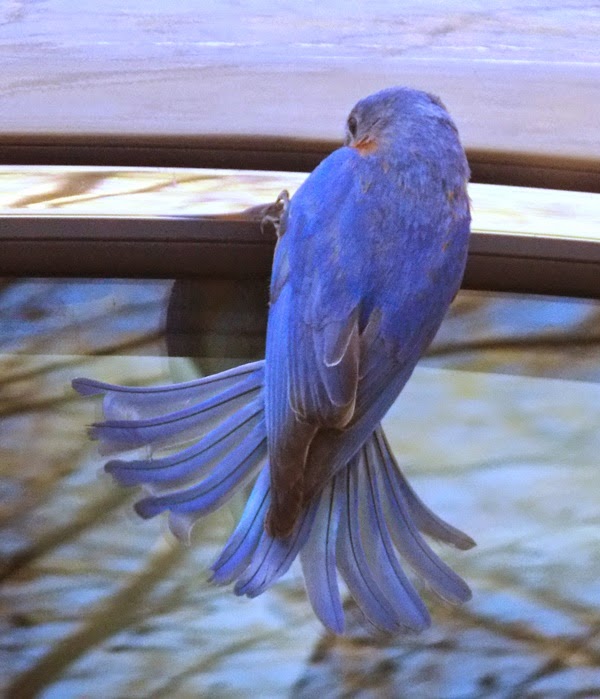 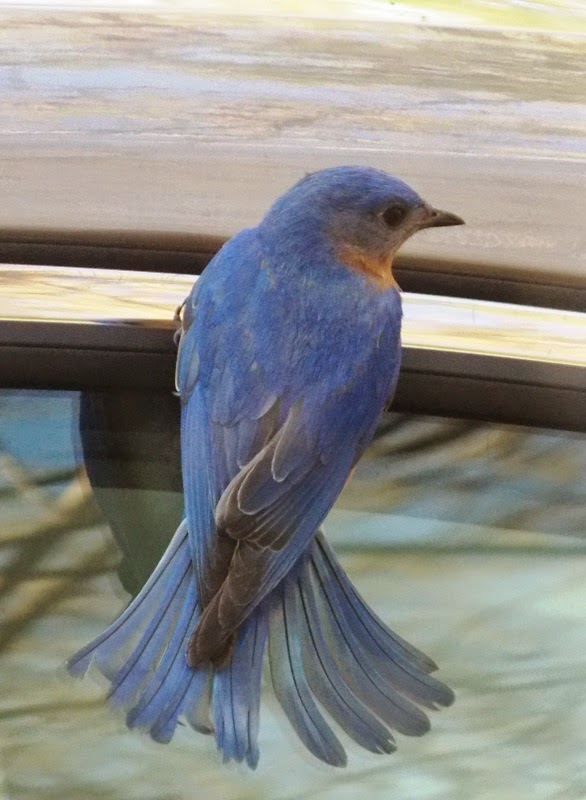 It was obvious he wasn't going to give up. Could a little bluebird damage our car? We gave up and moved it. Bluebird 1, car 0.

Update: H/t Susan and Jeff Sili for informing this was the daddy bird (instead of my earlier reference to a female), something I have corrected in the text. Thanks also to Donald Williams for adding more detail about the male bluebirds.