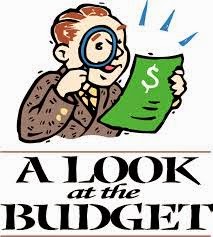 The Augusta County Budget this year is extremely challenging. As a county we face a General Assembly that is unable to pass a budget to fund their share of our core services such as schools and emergency services, an increased demand on Fire and Rescue in terms of manpower and equipment, an on-going need for more Sheriff’s Deputies, and an ever increasing need for public school funds. On top of those items are hundreds of other increasing expenses which are significantly driving up the cost of running this great county for our residents.

The General Assembly
The General Assembly is wrestling with the idea of Medicaid Expansion and whether or not it is the right thing for the Commonwealth. I have my own thoughts on this issue, but they are beside the point. I have sent a letter to the Governor, adding to a chorus of local representatives across Virginia, asking for the Governor to separate the issue of Medicaid from the budget. Richmond needs to pass a budget so that counties and cities can be prepared for the next fiscal year that starts July 1st. Without that budget in place the government shuts down. This would be catastrophic for emergency services that have paid staff across Virginia. Hopefully, the General Assembly will come together next week and pass a budget so that we can continue to serve and protect our citizens.

Fire and Rescue
Fire and Rescue services are in a constant state of change. Across the United States safety and insurance regulations have gotten so tough that it is strangling the ability for someone to become a volunteer. It takes one year of training in order to prepare a firefighter or rescue worker for service. While the intentions of the regulations are to have a safe and well trained crew, it is taking its toll on those who are willing to commit. This has caused an overall decrease in our volunteer force in Augusta and has forced the county to invest in a large career staff to maintain the fire and rescue service. This year the Board of Supervisors has approved for an additional four career staff to be hired.

Fire and Rescue equipment costs are always on the rise. Any piece of fire apparatus that needs to be purchased is discussed in the hundreds of thousands of dollars, and sometimes a million. Due to regulations, most of the fire engines can only stay in service for a certain number of years regardless of their condition, therefore causing a need to replace well operating equipment. This year we are having to put more money aside to prepare for purchasing a new ladder truck which will cost just over $1 million. In addition to apparatus, we have a county-wide radio system that has been federally mandated to be replaced. This mandate alone will cost our county $4.5 million.

Law enforcement
Augusta County is spread thin with Sheriff’s Deputies. It has been difficult for them to be everywhere they are needed; however, they have done a fine job. I commend the Sheriff for his efforts in making sure that Augusta County citizens are safe. In consultation with the Sheriff, it is pertinent to hire four additional deputies. These additional deputies will be front line personnel that will be on the streets and in our schools.

Public schools
“Augusta County Public Schools need additional funds.” That is what the Augusta County School Board is telling us with their proposed budget where they have cited a shortage of $4 million. They have a plan for saving Verona Elementary, funding technology in the classroom for all county schools, and for raising teacher salaries in order to continue to attract good teachers. I believe these are all laudable goals. I very much support Verona Elementary school and understand what it means to have it in the community so I will continue to fight to keep it open. This year’s budget will allow $1 million per year for new technology, three percent increase in teacher’s salaries, funding to keep Verona open and operating along with necessary repairs, and further fund elementary art and the middle school band. Overall, the Augusta County Board of Supervisors will be funding four million additional dollars to the public schools.

Proposed tax increase
There are other costs that are going up dramatically, not only for the county government, but also for all of our residents. Healthcare insurance premiums are mushrooming in cost. This year alone will see a 19 percent increase in insurance premiums that the county government and public schools will have to pay for their employees. Combined, this increase is over $2 million in local funds. This is just one example of how the cost of doing business is skyrocketing.

It is for these reasons that it is prudent to consider raising real estate taxes in Augusta County. Our current rate is $0.51 for every $100 of assessed value for a home. The proposed budget and tax rate would go up to $0.56, which would mean about $75.00 annually for a house that is worth $150,000. That means my mortgage will go up $6.50 per month.

Public hearing
I hope that this article has been helpful for you to understand the decisions that face the Board of Supervisors and what we are up against. Please know that what has been written here represents my view alone and is in no way represents the entire board.

If you wish to attend, the Public Hearing on the County Budget will be held on April 9, 2014, at 7:00 p.m. at the Augusta County Government Center in Verona.

---------
David Karaffa, 30, represents the Beverley Manor District of Augusta County on the Board of Supervisors. A registered nurse, he is the Director of Nursing at Stuarts Draft Christian Home. He and his wife, Katie, have three daughters. Supervisor Karaffa can be reached at DavidKaraffa@comcast.net or by contacting the government center in Verona (540) 245-5600.