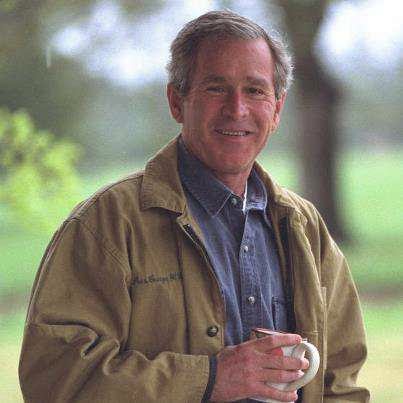 On NBC's "Today Show" Friday, NBC correspondent Jenna Bush Hager will talk with her mom and dad, former First Lady Laura Bush and President George W. Bush, as her dad unveils 24 portraits of world leaders that will make up his first-ever art exhibit.  "The Art of Leadership: A President's Personal Diplomacy," will be on display at the Bush Presidential Library and Museum in Dallas.

The former president, who has turned into quite a talented painter since leaving the White House, said he hopes it is realized he painted the portraits in "the spirit of friendship and that I admire them as leaders and was willing to give it a shot in terms of getting people to see how I felt about them."

His 2013 cardinal Christmas decoration hung on our tree this past holiday season. The former president has completed self-portraits, landscapes, pictures of animals, and even a portrait of Jay Leno that he presented to the comedian when he left "The Tonight Show."

Thirty-two-year-old Jenna has been with the "Today Show" since 2009, recently as part of the 2014 Winter Olympic coverage in Sochi, Russia, and afterward as a fill-in for Kathy Lee on NBC's "Kathie Lee and Hoda." She is married to Henry Hager, son of Virginia former Lieutenant Governor John Hager and his wife, Maggie. Jenna and Henry has one daughter, Mila, who will be a year old on April 13.
Posted by Lynn R. Mitchell at 4/03/2014 08:19:00 PM