Gilmore: '1994 borders are the only option in Ukraine' 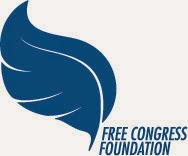 As Washington watches events unfold in eastern Ukraine with great concern, the United States must exert its diplomatic muscle to assure Kiev that the only solution to the crisis in Crimea is a complete return of the Crimean peninsula to Ukraine, and a declaration by Russia that their annexation is null and void.

Restoration of the captured territory must be the U.S. policy, especially in the face of continuing pressure on Eastern Ukraine.

Other policy measures and compromises will not work, and the United States, NATO and the community of civilized nations must act to assure the government in Kiev that Russia’s land grab will not be tolerated under any circumstances.

After the fall of the Soviet Union, the United States and the United Kingdom worked with Russia to secure the Ukrainian nuclear arsenal leftover from the Soviet years, transferring those weapons from Ukraine back to Russian soil. This agreement, commonly referred to as the Budapest Memorandum, reaffirmed the existing borders of Ukraine – extending through Crimea to the shores of the Black Sea.

By conquering Crimea, Russia has violated its own written commitments, and has rendered null and void the commitments of the U.S. and the United Kingdom. Brushing aside U.S. and U.K. guarantees is most destabilizing and very dangerous.

Additionally, global initiatives to stop nuclear proliferation are dead if a country who gave up its nuclear arsenal, and whose borders were guaranteed is rendered helpless to invasion by a nuclear power.

Should United States and her allies accept the policy position and premise of the Russian conquest of Crimea, Russia will effectively be free to invade and conquer any territory occupied by native Russians and those areas where Russian is spoken. Allowing such aggression reawakens the old Soviet policy of “Russification” whereby Russia occupied countries to culturally take over countries to be added to the Russian empire.

The current situation exposes the unfocused and inattentive foreign policy under the Obama administration and secretaries of State Clinton and Kerry. Attempts by President Obama to minimize the actions of the Russians by calling them a “regional power” are absurd. Russia is a global power, and takes actions for good or evil on a worldwide scale.

Potential resolution of the crisis is made more difficult by such an dismissive statement by the President. The so-called “sanctions” doled out by the West are weak and ineffective. U.S. sanctions have only led to Russian counter-sanctions and expose the sanctions reaction as ineffective.

Direct military intervention, however, will not end the Russian occupation of Crimea. It is too late. The message the United States is currently sending by reducing our military capacity is that we are tired, and disillusioned after a decade of conflict in Iraq and Afghanistan.

The U.S. and its NATO allies must commit themselves to a strong policy to reverse Russia’s Crimean conquest. We must refuse to deal with Russia as an international partner so long as they lay claim to Crimea. NATO must resolve to place soldiers in vulnerable countries along the Russian periphery: not enough to imply aggressive action against Russia, but to make it clear that further Russian invasion will have to go through NATO soldiers.

Acting in good faith, the West has intertwined itself with Russia over the last several decades. Untangling those connections is not desirable, but the U.S. and NATO did not create this new Cold War. Some pain now may avoid much a greater disaster in the immediate future if the Crimean conquest is allowed to stand in the name of forgiveness and a new “Reset.” Russia cannot count on “business as usual,” as it comes out of a policy of aggression.

Finally, we, as citizens must guard against allowing President Obama to negotiate a face-saving deal that would effectively allow Russia to benefit from its illegal action. Former Ukrainian President Viktor Yanukovych has stated that he would seek the return of the Crimea if he were still President. Yanukovych would never have made such a pronouncement without direct consultation with Russian President Putin. This may very well be a trial balloon to achieve a long term Russian strategic goal. A deal could be offered by the Russians to return the Crimea, subject to the Kharkiv Accords, in return for granting more autonomy to the provinces of Ukraine, which could then be subverted by Russia. The deal could include the return of Yanukovich, who can claim to be the democratically elected President of Ukraine, with elections in the future unsupervised by any neutral group or power.

President Obama’s inept foreign policy might seize upon a deal to give the appearance that he is a great conciliator who defused the Crimean crisis. But this would be a replay of the successful Russian ploy that forces the Administration to abandon his goal of the removal of Assad in Syria, in return for a meaningless deal to secure Russian cooperation (nay leadership) in securing Syrian chemical weapons. That deal secured Russian strategic interest in Syria, and defeated an American policy of removing a dictator hostile to the U.S. and its allies. A repeat of such a sorry deal in the Ukraine only postpones and may make inevitable the next Russian outrage, until miscalculation leads to a general war with catastrophic consequences for all mankind.
-----
Jim Gilmore is the president and CEO of the Free Congress Foundation. He served as governor of Virginia from 1998 to 2002 and as Republican National Committee chairman from 2001 to 2002.