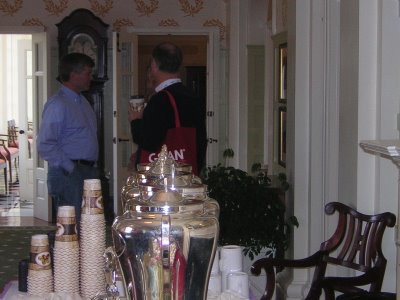 Atty. General Bob McDonnell greets supporter
The invitations that were distributed throughout The Homestead read: 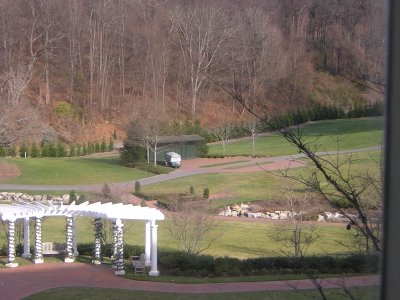 View of The Homestead grounds from Tower Suite 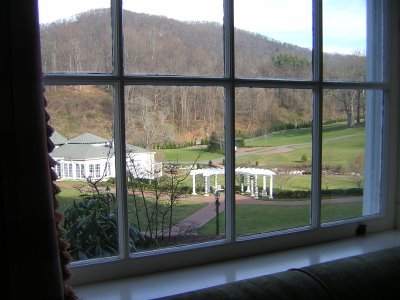 Besides coffee and donuts to go, this morning also offered a wonderful opportunity to thank our Attorney General for being with us this weekend and for the job he does for Virginians. Bob and Maureen are down-to-earth people who are appreciative of the hard work that goes into campaigns ... and are gracious about being sure the people behind that hard work are thanked. 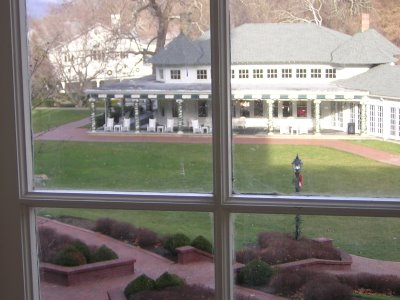 The Tower Suite was buzzing with folks when we arrived ... Delegate Ben Cline and Elizabeth, Kathy Terry, Governor Jim Gilmore, Delegate Chris Saxman and family, Kate Obenshain Griffin, Juanita Ballenger,Trixie Averill, Chuck Slemp, Nicole Riley, CRs, and many others milled about saying goodbye or laughing over the fun they had during the weekend. 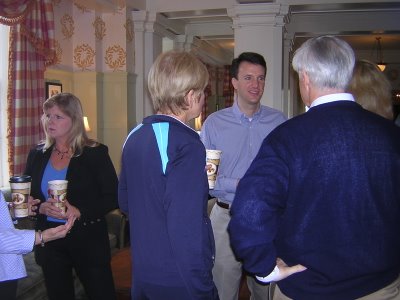 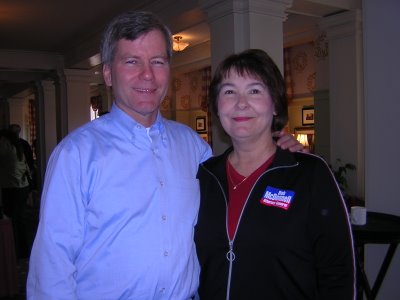 After visiting one last time with friends, and with "to go" cups in hand, we are about to leave The Homestead with our morning caffeine (and sugar) fix ... thanks to Bob and Maureen McDonnell.
(Photos by SWAC Girl)
Posted by Lynn R. Mitchell at 12/03/2006 10:47:00 AM