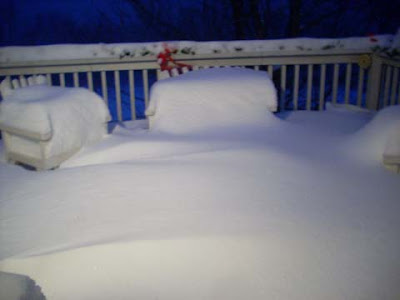 At 7 a.m. on Saturday, snow had buried deck furniture with 21" of the white stuff and it was still coming down. 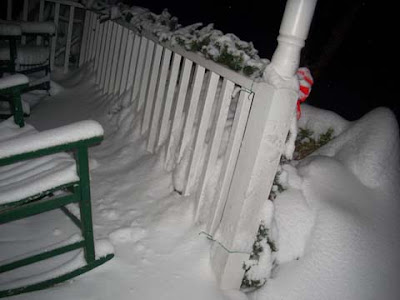 Drifting snow is piled against the porch as boxwoods are completely covered. Strong northern winds have caused three- to four-foot snow drifts. 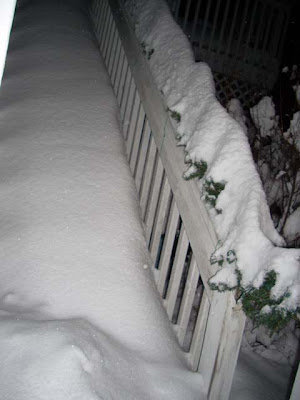 It is 7:30 a.m. and the snow is still coming down. Add a strong northern wind and you have growing snow drifts against trees and shrubs and across the roadways. Our road catches the winds coming off the Appalachians so drifts are always an issue during winter. The electricity blipped at 6:00 a.m. so we feel as if we're on borrowed time ... woodstove is cranked this morning ... birds are flocking to the bird feeder and heated bird bath.
The temperature is 23 degrees. The morning weather showed heavy snow all up and down the Shenandoah Valley and Roanoke with the forecast calling for more snow throughout the day.
It's winter in the Shenandoah Valley....

Email ThisBlogThis!Share to TwitterShare to FacebookShare to Pinterest
Labels: Christmas, snow in the Shenandoah Valley