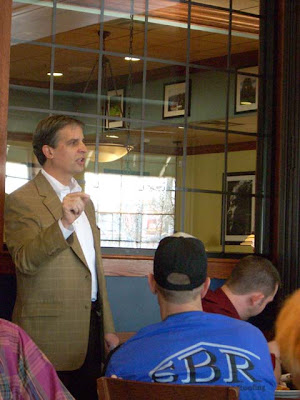 Sen. Mark Obenshain (R-Harrisonburg) has been busy leading up to the 2010 General Assembly. Fresh off the Republican 2009 sweep for governor, lieutenant governor, and attorney general, Sen. Obenshain has been busy helping Atty. Gen.-elect Ken Cuccinelli prepare for the office, he revealed Friday at a gathering of Republicans in Harrisonburg.

He also addressed upcoming issues in the 2010 General Assembly session, set to begin January 13, where the number one issue on everyone's minds will be the state budget. Revenue has declined the past two years and the Commonwealth, he said, will be taking in 9% less income this year, making it necessary for legislators to cut $4 billion from the budget, therefore causing deep budget cuts statewide. Lawmakers are concerned about Virginia's business standing in the nation and are striving to maintain its good business ranking.

Another key issue for this senator is accountability and reform with the Virginia Department of Transportation (VDOT) as he called for a performance audit of that agency. 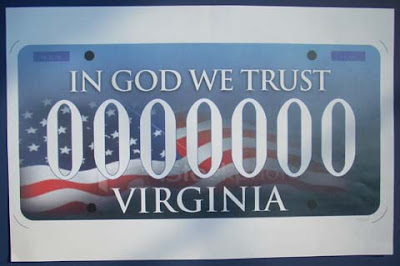 Unveiling the artwork for a new Virginia license plate, Sen. Obenshain will be carrying the bill to have "IN GOD WE TRUST" as an optional plate for Virginians, a popular idea with those in the room.

As a first, the senator had a townhall conference call earlier in the week in which 4,000 people participated. He stressed communication and asked that comments, pro and con, be sent to him. He also stressed the necessity to contact him with concerns before a bill is passed, and directed people to his website and Facebook page.

Senator Mark Obenshain's website is a clearing house of information for contacting him and to stay about issues especially during the 2010 legislative session. 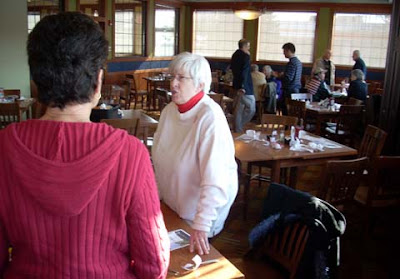 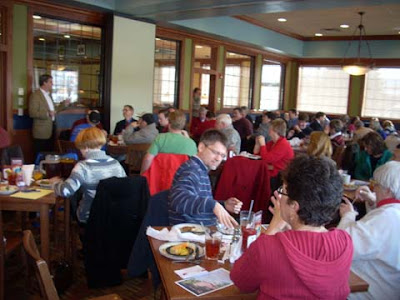 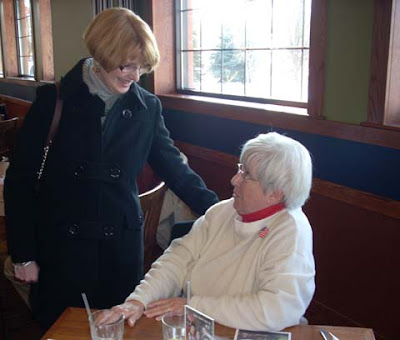 The Suzannes ... Obenshain and Curren. 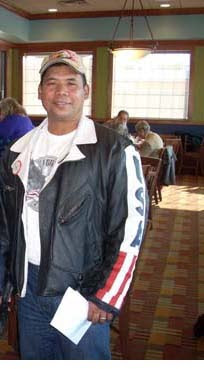 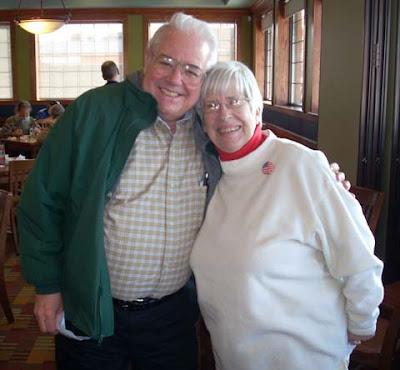 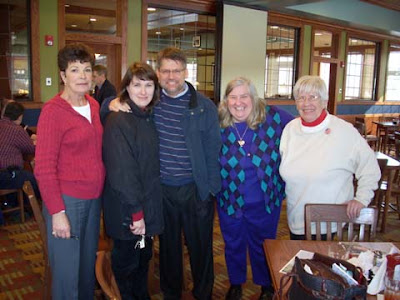