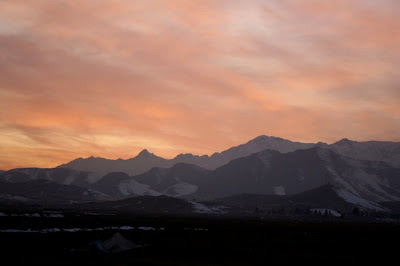 "It takes my breath away, how a human life in this world can be vibrant one day and so easily extinguished the next. It can be a painful fear to those of us that remain...may it instead be a reminder to us to lay up our treasures of hope and joy in heaven, and not in this world."
-- from PEACH graduate Leigh Robacker

A James Madison University graduate who was from Rockingham County was killed in Friday's ambush in Kabul, Afghanistan, that left 10 humanitarian aid workers dead including six Americans, two Afghans, one British, and one German citizen.

Brian Carterelli, 25, who earned a Media Arts and Design Digital Video degree from JMU, was the public relations project manager for the International School of Kabul. Word began circulating in the local home school community Saturday that he was one of those who had been killed. He was publicly identified this morning when news came from the State Department of the last American's identity.

His love of Afghanistan came through in photos of that country that were posted on Facebook, pictures of smiling Afghan children, hard-working Afghan people, beautiful mountain ranges, blooming flowers and flowering trees, the architecture, the pack animals of the region that included camels, horses, donkeys, oxen ... images that are not shown by the U.S. media. Under them was Brian's description: "It is not all war."

His Facebook page still invites visitors to become friends ... the smiling faces of his 649 friends include familiar names.

Our thoughts and prayers are with Brian's family at this very difficult time.

Email ThisBlogThis!Share to TwitterShare to FacebookShare to Pinterest
Labels: Afghanistan, war on terrorism

I just downloaded Brian's beautiful photograph to be an inspiration for the Afghanistan mountains in our painting.

May his good eye and love of beauty live on and be remembered.

May we never neglect the covering of our sons and daughters with prayer... especially those in places like this.