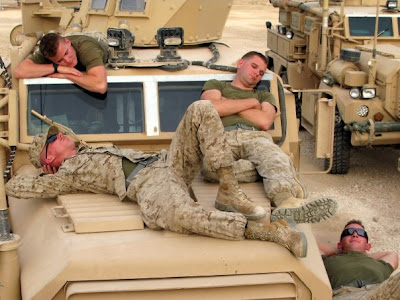 Our military men and women so so much to protect our freedoms and keep us safe.

Yesterday I met a friend for lunch at Texas Steakhouse in Staunton. He's former military, a cop, and someone who shares an interest in politics, and we often meet for lunch to discuss the news and what's going on locally. I complimented him on his "Miss me yet?" t-shirt featuring a photo of former President George W. Bush.

As we sat and talked, a young soldier walked in, was seated at a nearby table, and ordered his lunch. My friend stopped our waitress and said, "I'll pick up that soldier's tab."

Other friends have done the same over the years as a small token of gratitude for the sacrifice and gratefulness of our military members. It's a big change from the 1960s and early 1970s during the Vietnam War when soldiers were not treated well in this country.

Email ThisBlogThis!Share to TwitterShare to FacebookShare to Pinterest
Labels: support our troops, USMC