From the McDonnell family ... thanks and funeral arrangements for Lt. Col. Jack McDonnell 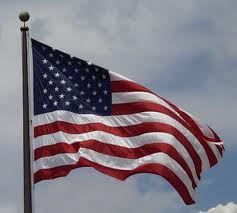 From Governor Bob McDonnell and family....


Dear Friend,
As you probably have heard, on Tuesday we lost a beloved member of our family. Jack McDonnell, the Governor's father, passed away at age 94.
Jack was a great man, dad, father-in-law, granddad and patriot. He inspired all of us. Over the past few days we have spent a lot of time talking and thinking about him, each one of us with our own stories to tell and remembrances to share. During that same period, we have also been tremendously touched by the outpouring of sympathy and support we have received from friends like you. It means so much; more than you can know.
We are now preparing to lay Jack to rest, and we wanted you to have the details about the life he led, and about how we will be celebrating that remarkable life in the days ahead. You are welcome to join us. We know Jack had a lot of friends out there, he made them everywhere he went.
Again, thank you so much for your prayers and your calls, and for, more than anything, your caring. Jack meant so much to us, and we are going to miss him dearly.
Sincerely,
The McDonnell Family
Bob, Maureen, Jeanine, Cailin, Rachel, Bobby and Sean
Lt. Col. John F. 'Jack' McDonnell (USAF-RET)
April 15, 1916 - November 2, 2010
John F. 'Jack' McDonnell of Mt. Vernon, VA, passed away on November 2, 2010 at a nursing center in Fairfax County following a lengthy illness.  He was 94.

Jack was born in Peabody, Massachusetts on April 15, 1916, and was the son of Irish immigrants.  A member of "The Greatest Generation," he served during World War II in England with the 306th Bomb Group of the 8th Air Force.  Jack retired as a Lieutenant Colonel in 1964 and went on to a second career with the U.S. Naval Investigative Service.

Jack married Emma Meiller of Bryan, Texas in 1951 at Bolling Air Force Base in Washington, D.C. Together they had six children, Governor Bob McDonnell, Nancy Naisawald, Eileen Reinaman, Colonel Kenneth McDonnell, MD, and Maureen Uncapher.  He was preceded in death by his beloved wife in 1994 and son, Terrence in 1958. He is survived by 15 grandchildren.
A strong believer in education, he earned his Bachelors and Masters degrees in Education from the University of Maryland. He preached to his children the importance of a good education, and all of them graduated from college.
Col. McDonnell enjoyed life fully as a little league baseball coach, an active member of his local Catholic church, a charter member of the Mt. Vernon Knights of Columbus, a substitute teacher, a member of the Governor's Board of Visitors of Mt. Vernon, and a life long Notre Dame and Maryland fan.
The family will receive friends at the Demaine Funeral Home, 520 South Washington Street, Alexandria, VA on Sunday, November 7, from 2-4 pm and 6-8 pm where a prayer service will be held at 7 pm. A Mass of Christian Burial will be held on Monday, November 8, 2010 at 11 am at the Belvoir Chapel, 5950 12th Street, Ft. Belvoir, VA. He will be buried alongside his wife and son at Arlington National Cemetery at 9 am on January 27, 2011.