Thanksgiving weekend comes to an end.... 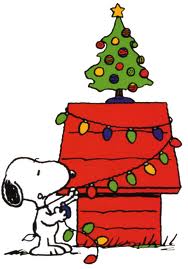 Thanksgiving weekend has come to an end and traffic on the highways and byways is heavy as travelers make their way home and college students return to school for exams before a long Christmas break. I-81 was almost stopped around Staunton and traffic entering from I-64 heading west was stopped on the merge ramp.

Vehicles with Christmas trees on the roof can be seen everywhere, and more houses are decorated for the holidays than just a few days ago. The weather is even playing along, crisp and cool, making it feel seasonal as we wait for the first flakes of snow.

I've got a tree to decorate and a fresh Frasier fir wreath adorns the front door. I love the smell of Frasier fir. Red poinsettias decorate the top of the piano, gifts to take as we visit friends and neighbors over the next several weeks. Before the weather gets too cold, we want to finish putting white twinkly lights up outdoors along with wreaths on the gates and greenery on the railings.

Christmas music is everywhere and, though I know the store clerks probably tire of hearing it, I love the way it puts a pep in the step while looking for those special little somethings to give as gifts. Cookie baking and entertaining friends are part of the fun, and December always seems to fly once Thanksgiving is over.

Tomorrow night is the Staunton Christmas parade through downtown, an event that brings out thousands of families in a magical setting with storefronts decorated in lights as well as all kinds of floats and decorated vehicles. One year it began to snow during the parade ... it was as if there was a magic in the air! We always bundle up because it's always very cold.

Gypsy Hill Park's Christmas Parade of Lights begin this week so be sure to drive the two-mile loop and take in all the displays set up by local church and civic groups. Even the duck pond's island is decorated. Friday night is the live Nativity in the park which is always a special treat.

Saturday evening is the Waynesboro Christmas parade. And don't forget Bethlehem in the Blue Ridge which begins December 17. I'll be writing more about that in a separate post but it's great to have them back this year after all the snow of last winter prevented the church from presenting its annual event enjoyed by thousands throughout the region and beyond.