Tragedy at Raven's Roost on the Blue Ridge Parkway 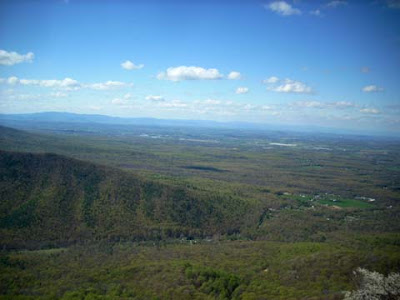 It is 25 miles across the Shenandoah Valley to the Appalachian Mountains in the distance.
Wednesday was a beautiful day in the Shenandoah Valley and along the Blue Ridge Mountains with temperatures in the mid-70s and low humidity. It was a great day to spend in the mountains rock-climbing but, for a group of five who were enjoying scaling the rock cliff of Raven's Roost, the perfect day turned into tragedy. A 20-year-old man died and his friends were left grief-stricken.

Jonathan Sullivan of Tuscaloosa, Alabama, plunged to his death, apparently due to equipment failure while rock-climbing with friends, according to the Waynesboro News Virginian.

Raven's Roost is a beautiful area to sit on the rock wall and look out over the Valley. It's sad to think such tragedy happened there. Prayers to this young man and his family and friends. 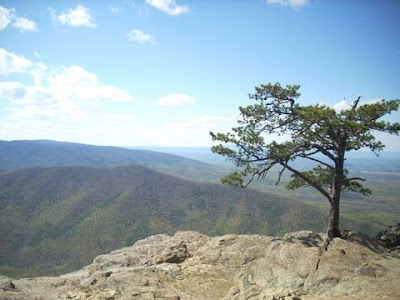 Raven's Roost Overlook on the Blue Ridge Parkway was extremely windy in April 2010 when this photo was taken. As we enjoyed the solitude and view, ravens flew overhead on updrafts from the Valley floor below. 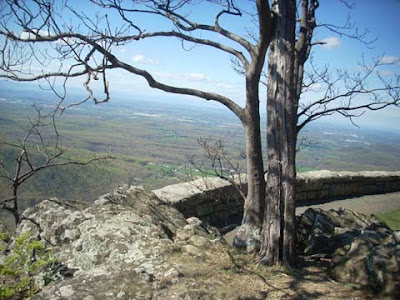