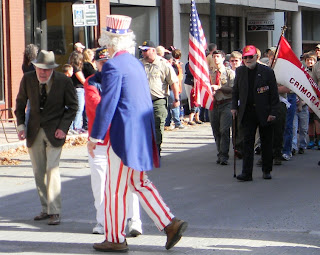 As young men, they defended America. On Saturday, they walked the entire parade route through downtown Staunton. The crowd applauded as they passed ... it brought tears to more than one eye. Uncle Sam walked into the street and thanked them for their service. 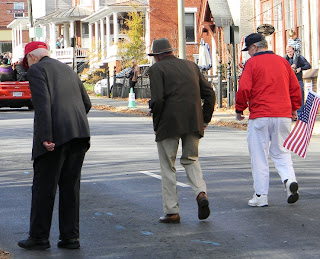 They continued for the final block of the parade and then walked back to the center of town to stand and honor other veterans. To them we are eternally grateful.