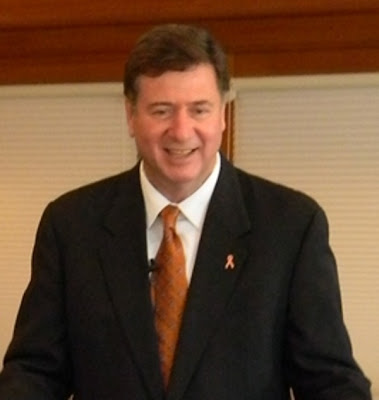 George Allen in Staunton on Friday speaking to a packed room of supporters.

George Allen, on the other hand, was a can-do governor who got results. As Kay Coles James noted in a recent campaign ad, “impossible” has never been in his vocabulary. Working with a Democratically-controlled General Assembly, Allen put Virginia on the map as a national model in welfare reform, education accountability, abolition of parole, and public safety. He was able to rein in government spending and pass reform measures because of his willingness to work across the aisle in a bipartisan manner.

The choice is clear. Virginians need George Allen's representation in the U.S. Senate.