In his last stop in the Shenandoah Valley before Election Day on Tuesday, Republican U.S. Senate candidate George Allen met with enthusiastic supporters at Mrs. Rowe's Restaurant in Staunton. 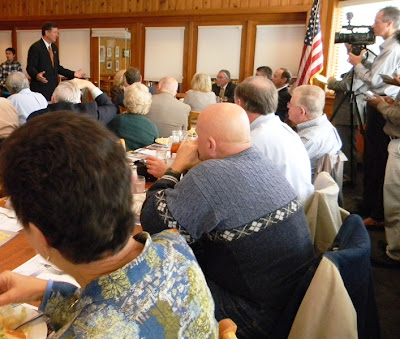 It was a packed room for lunch that included a slice of Mrs. Rowe's famous pie. 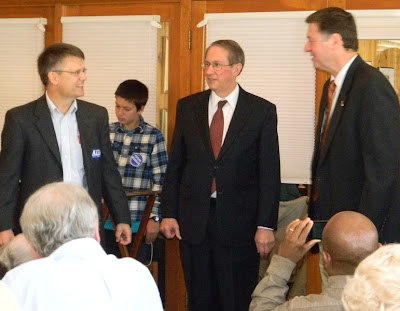 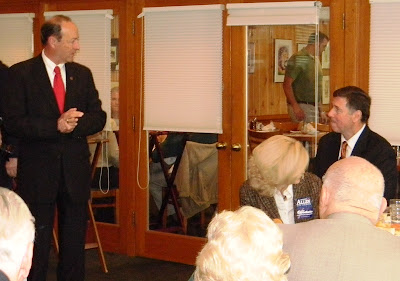 Waynesboro City Councilman Mike Harris, a big part of the Allen campaign as Virginia State Director of the Veterans Coalition, made an impact with his heartfelt introduction of George Allen. Harris is Past Commander of the National American Legion. 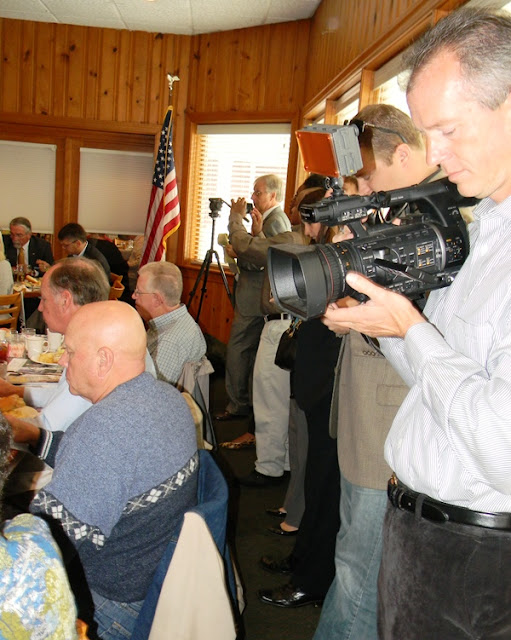 Thanks to the media who came out to cover the event: Bob Stuart with the Waynesboro News-Virginian, Calvin Trice with the Staunton News Leader, Ken Slack with video at NBC-29, photographer Bob Brown with the Richmond Times-Dispatch, and the Washington Post. 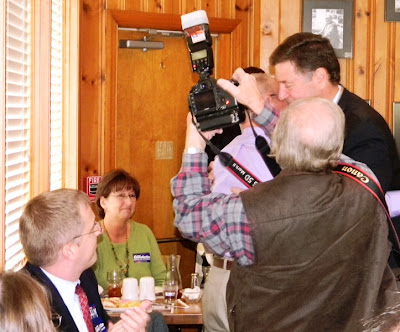 George Allen embraced Staunton resident Earl Harris in celebration of his 89th birthday and in gratitude for his service in World War II. He was involved in the liberation of Tunisia where Gov. Allen's mother lived. 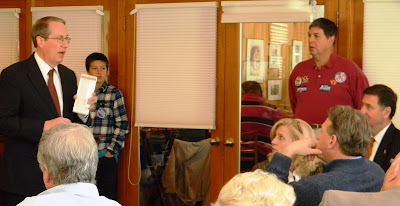 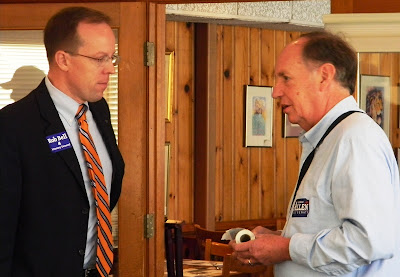 Delegate Rob Bell (left) talked about the two Amendments on Tuesday's ballot. He is running for Attorney General in 2013. Bob Kirchman (right), a SWAC conservative photo-blogger, gave an inspiring invocation. Larry Roller (not pictured) led in the Pledge of Allegiance. 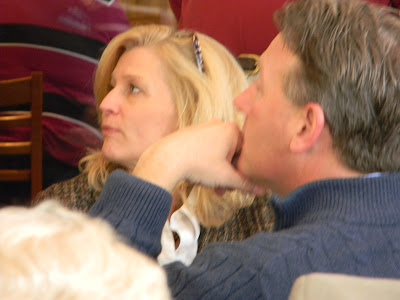 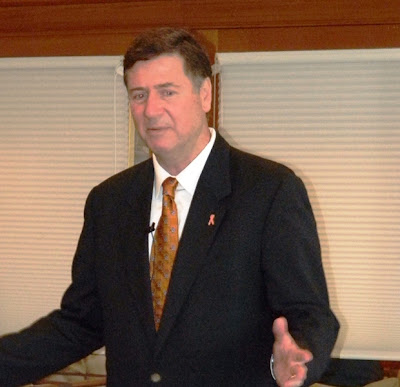 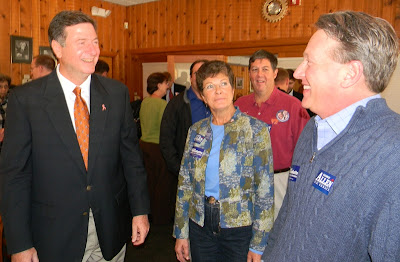 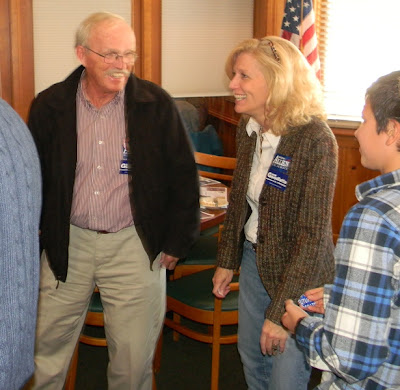 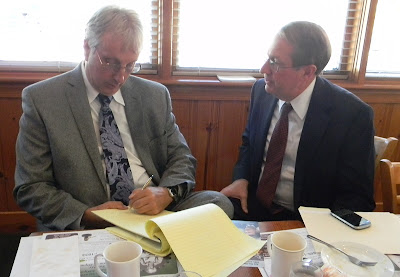 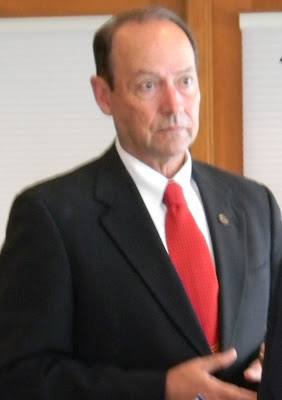 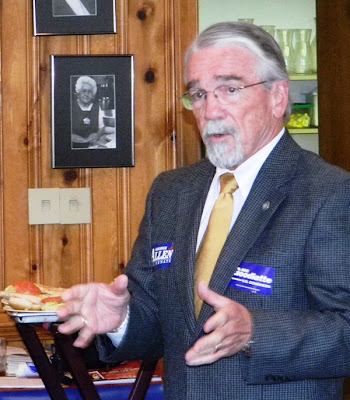 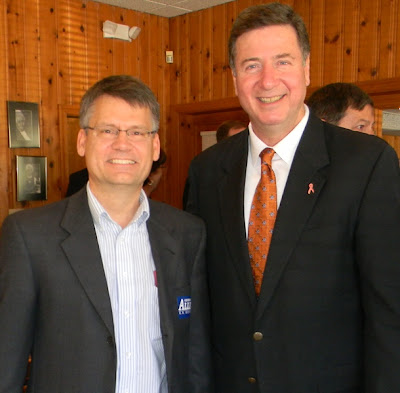 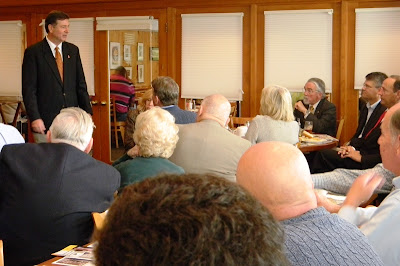 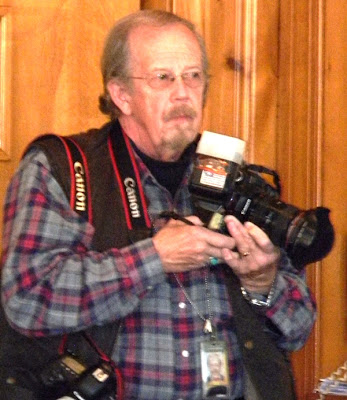 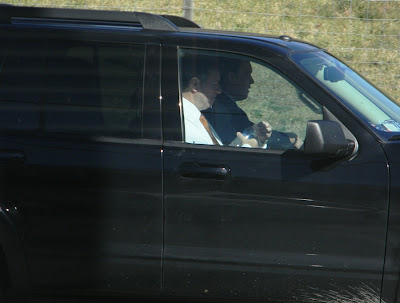 On the road again. Next stop was Charlottesville where Gov. Allen fired up Republicans.