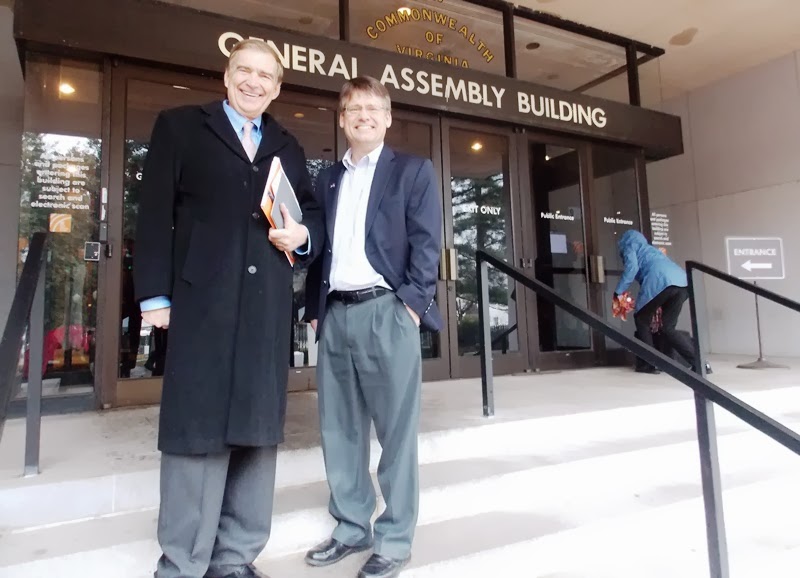 "And let us not grow weary of doing good, for in due season we will reap, if we do not give up." --Galatians 6:9 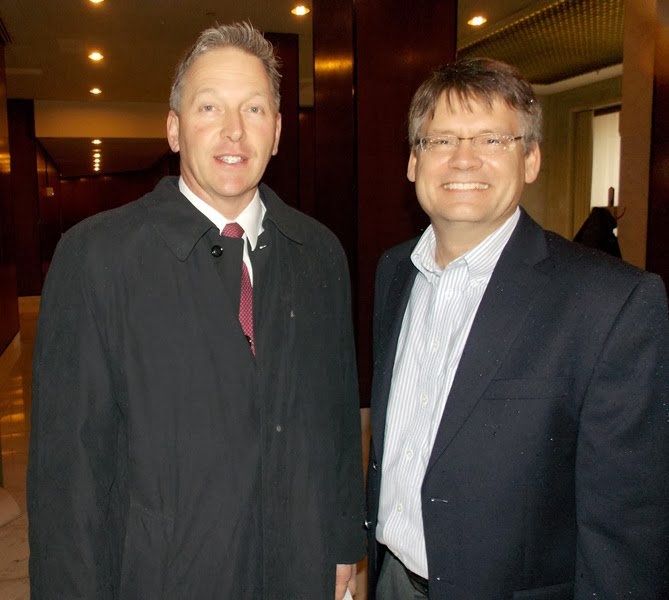 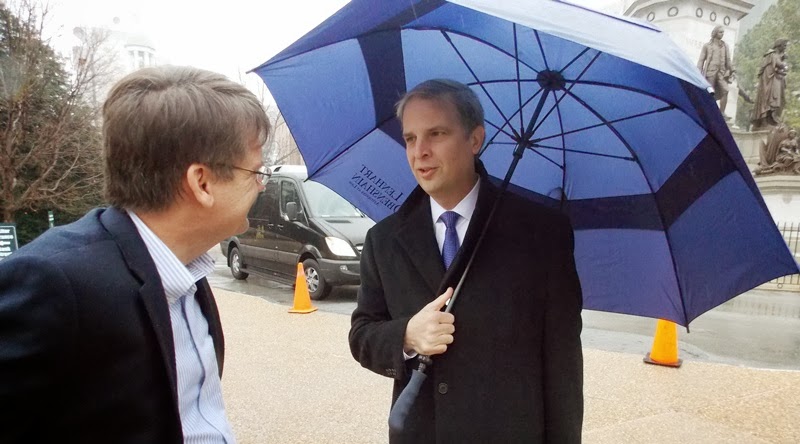 Kurt and I ran into State Senator Mark Obenshain (R-26th) of Harrisonburg in Capitol Square. 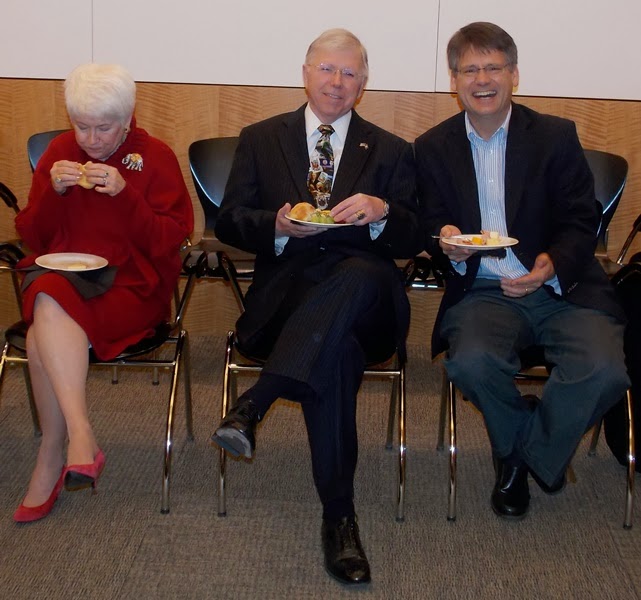 Former 6th Congressional District Chairman Fred Anderson and his wife Ann attended Lieutenant Governor Bill Bolling's official portrait unveiling and afterward at the reception for guests, family, and friends. I always teased Fred about his many hats (literally) ... Ann always is a picture of fashion perfection. 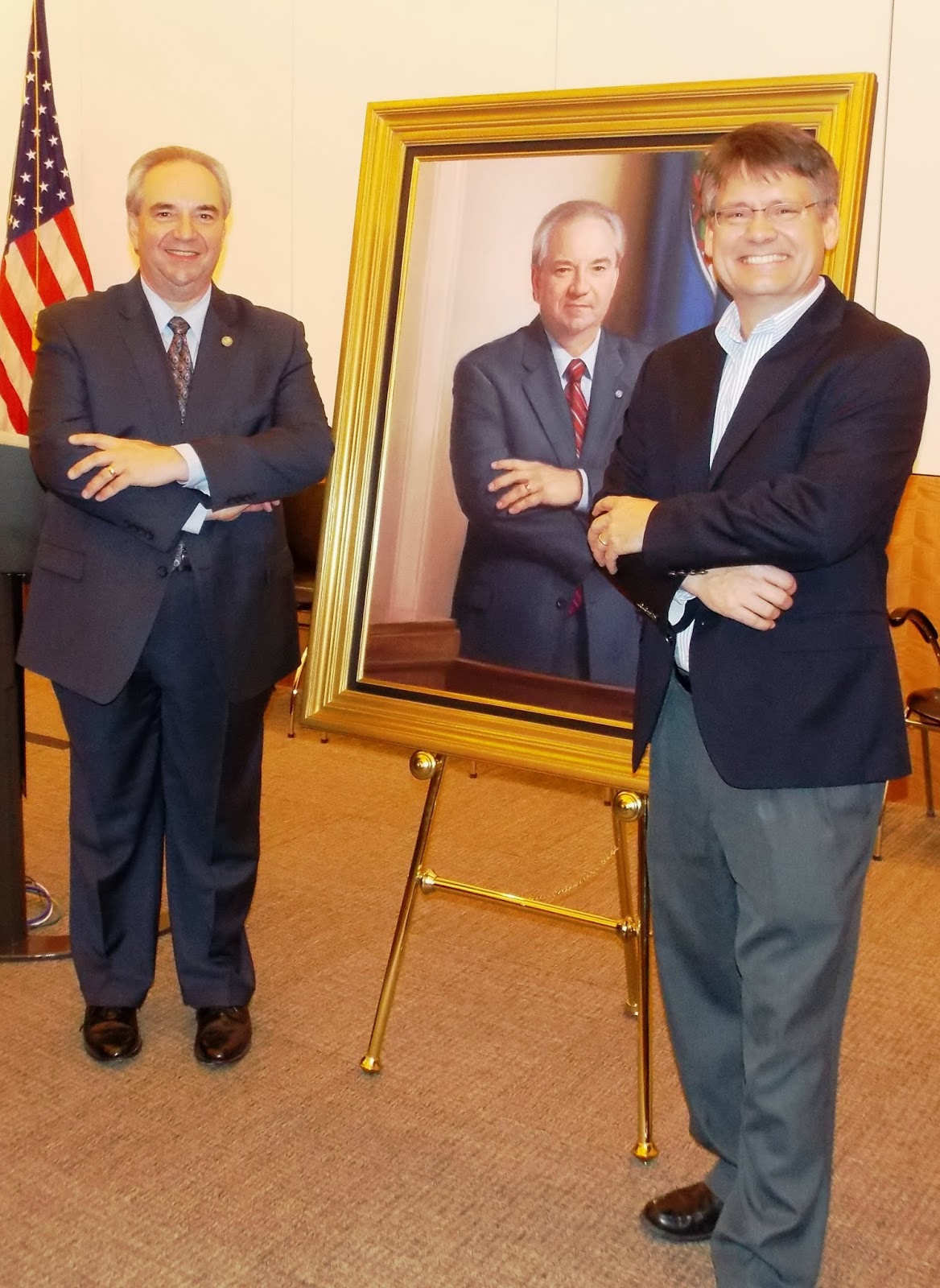 "Do the Bolling" ... the Lieutenant Governor and Kurt. They go back many years together to SWAC Breakfasts and then the 2005 primary when Kurt and his wife hosted the Bollings for a fundraiser at their Fishersville home (the LG relayed a humorous story about that night at Thursday's dinner in Short Pump). After winning the primary, we organized a second fundraiser in October that was held at the horse farm of Vonda and Kevin Lacey in Augusta County -- a glorious fall day that also included then-AG candidate Bob McDonnell, many of the local electeds, and Ken Mehlman, then-chairman of the Republican National Committee who worked in the Bush administration with my sister. What a fantastic day ... and Bill and Bob went on to win lieutenant governor and attorney general on their way to leading the party to a sweep of the Top 3 a short four years later. 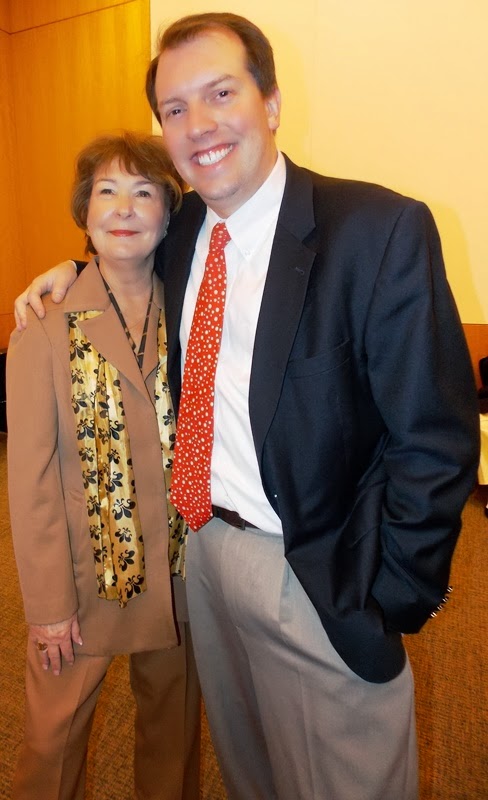 Trixie Averill ... the heart of the 6th Congressional District for 30 years. She worked with more candidates than we will ever remember but a few of them were George Allen, Jim Gilmore, Jerry Kilgore, George W. Bush, Bob McDonnell, Bill Bolling ... she was the go-to person for western Virginia. Here she reconnects with Randy Marcus who has been with the LG since the beginning, and whom I first met in late 1999 on the George W. Bush presidential campaign. 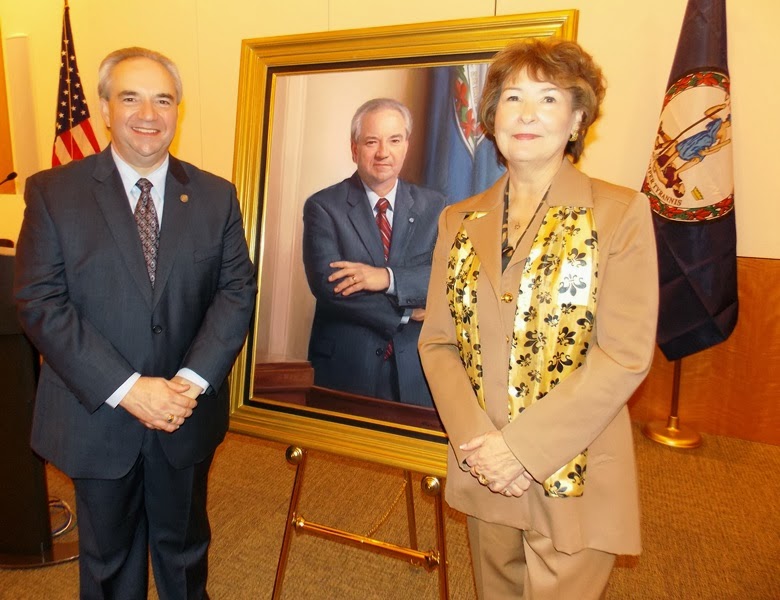 Bill and Trixie at the LG's official portrait unveiling in Richmond on January 10, 2014. 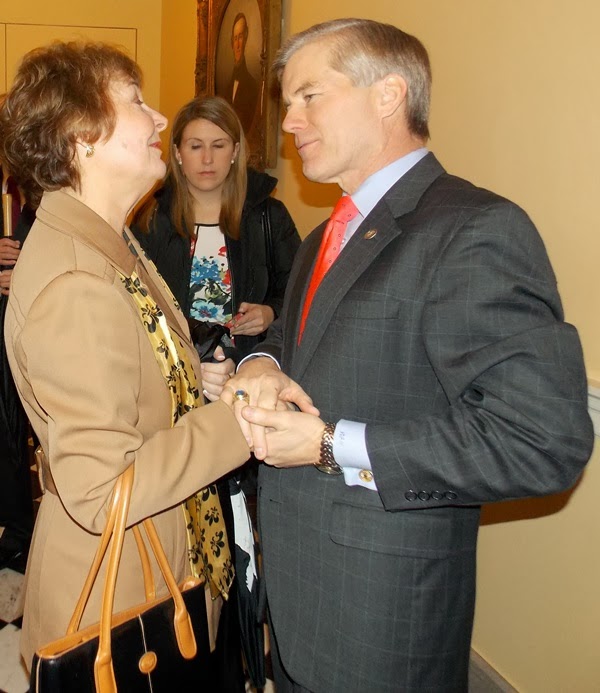 Trixie and Governor Bob McDonnell meet in the Capitol. They drove hundreds of campaign miles together and have been friends for years.