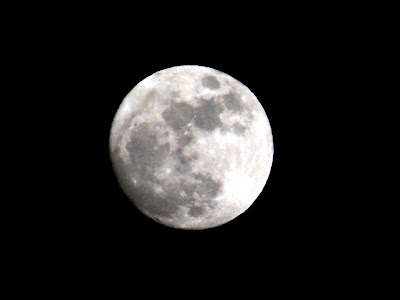 My eyes wandered out the window around 6:00 this evening and there was the January full moon rising in the dusky eastern sky. Grabbing my Nikon, I slipped outside to the deck and started taking pictures since the conditions were perfect ... not very cold and clear skies. The official full moon is tomorrow night but the weather forecast is calling for the possibility of snow in the Shenandoah Valley which means the moon may be obscured by clouds.

According to the Farmer's Almanac, this moon has many names:


January is the month of the Full Wolf Moon. It appeared when wolves howled in hunger outside the villages. It is also known as the Old Moon. To some Native American tribes, this was the Snow Moon, but most applied that name to the next full Moon, in February.

Since snow has been scarce this winter, here's hoping the February full moon will live up to the "Snow Moon" label.

January's full moon is also known to astrologers as a "mini moon" since it is the smallest full moon of 2014. 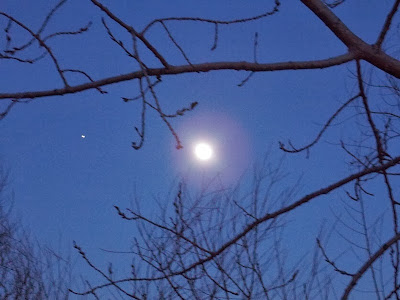 Mini moon aside, it was still awesome.