Day at the Capitol with Lt. Governor Bill Bolling ... the portrait unveiling 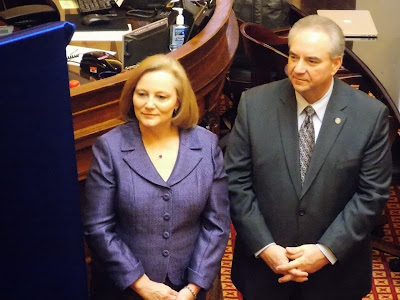 It was a special day in the Virginia State Capitol as family, friends, and colleagues gathered Friday, January 10, 2014, in the State Senate chamber to honor out-going Lieutenant Governor Bill Bolling and his years of service to the citizens of the Commonwealth. His official portrait that will now hang on the walls of the chamber was unveiled to applause from those on the chamber floor and above in the packed gallery. 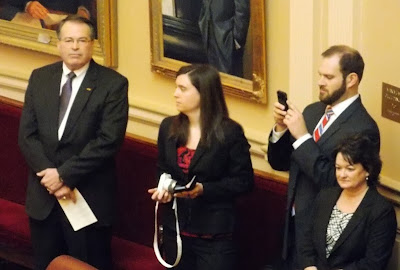 Long-time Bolling staffers -- Ibbie Hedrick, Matt Wells, Denise Burch -- were on hand taking pictures and watching their boss on his last full day in office after eight years as one of the most hard-working, productive, and respected lieutenant governors in Virginia history. 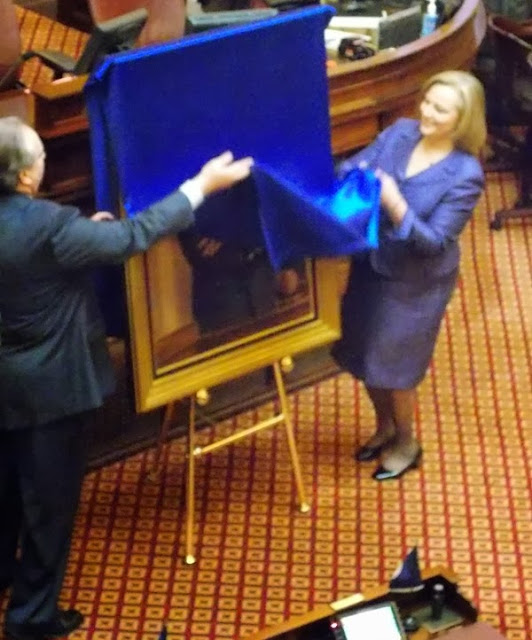 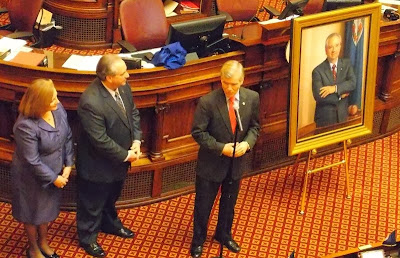 Governor Bob McDonnell was on hand to honor his friend and colleague. Bob and Bill ... they shared the same birthday, and were friends working together for Virginians for more than 20 years. They made an amazing team and brought Virginia Republicans back in 2009 with a winning sweep of the Top 3. That advantage disappeared in 2013 when the GOP lost the Top 3 to Democrats along with both U.S. Senate seats. 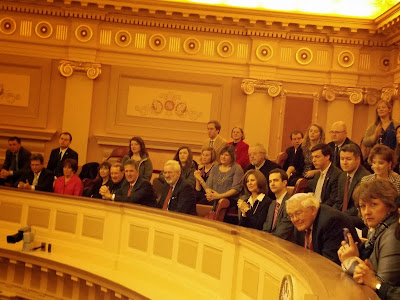 Many familiar faces watched from the gallery. 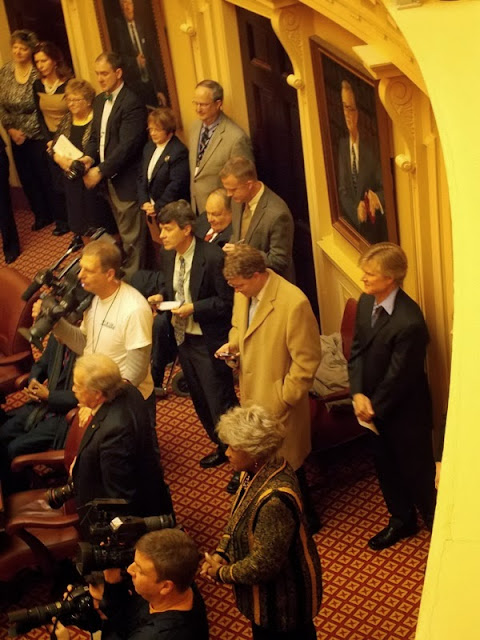 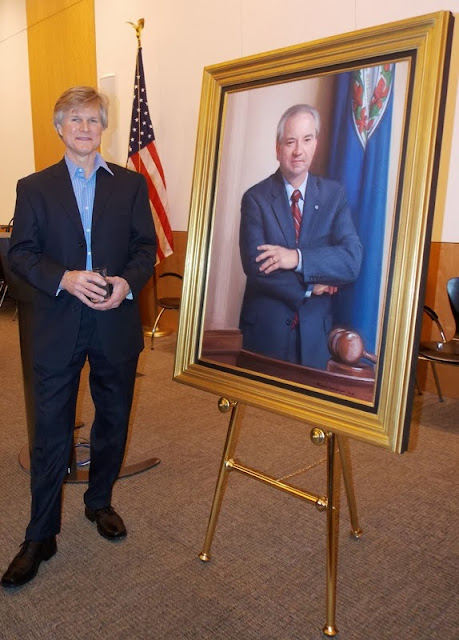 Artist Stephen Craighead with his photo of the LG. 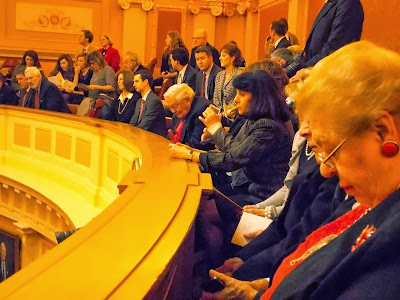 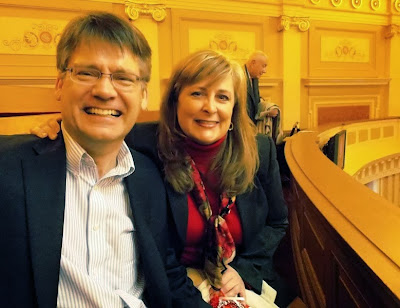 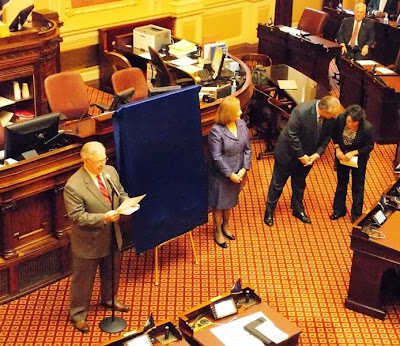 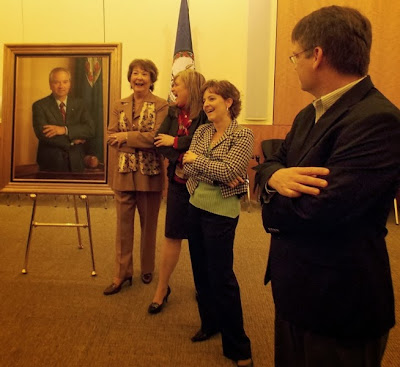 "Doing the Bolling!" The crossed arms was a story in itself from the LG ... at the reception afterward, many "did the Bolling" beside the official portrait. Trixie, Judi, Angela, Kurt. 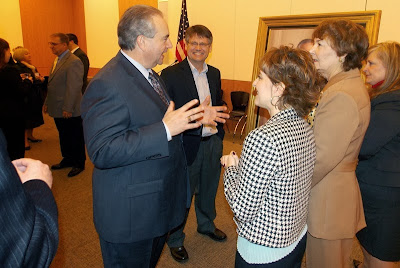 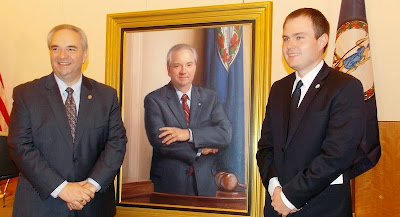 The LG and Adam Tolbert from Smythe County. 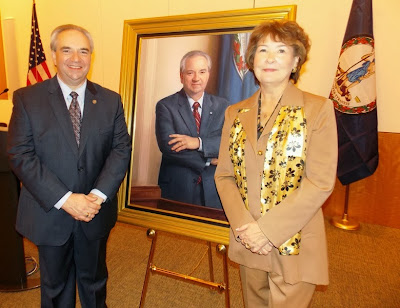 The LG and Trixie Averill. 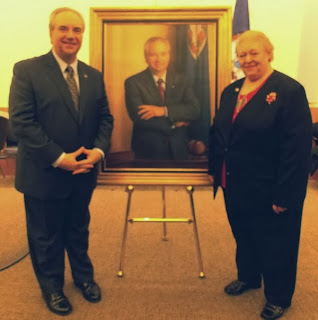 The LG and Marie Quinn with the Chesterfield GOP. 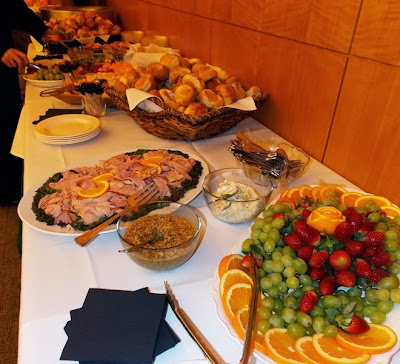 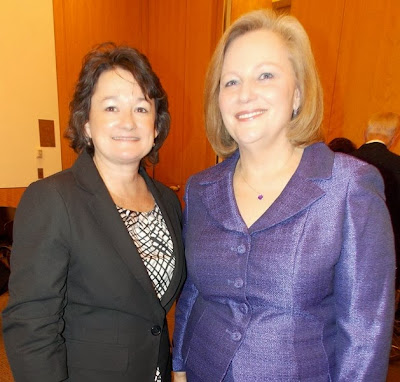 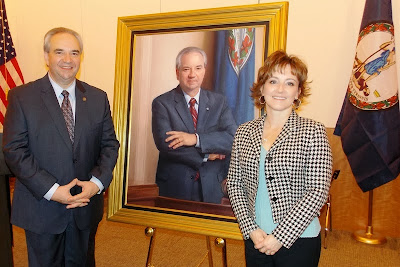 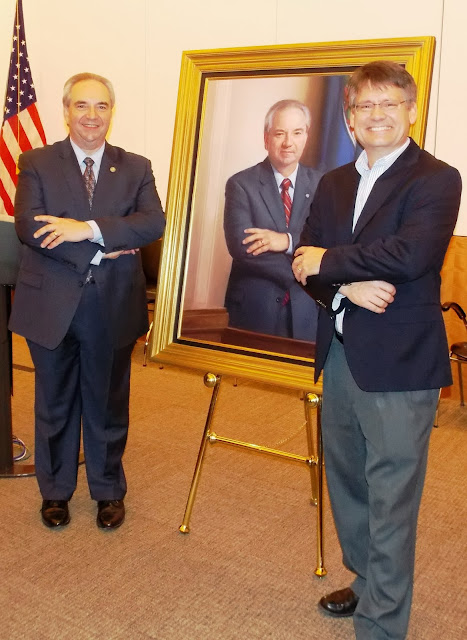 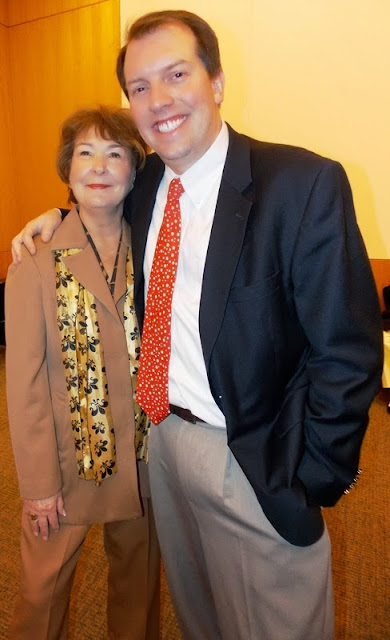 Trixie and long-time friend Randy Marcus who was Bolling Chief of Staff.

THE ONLY TWO GOP "SWEEP" lieutenant governors in the last 45 years: 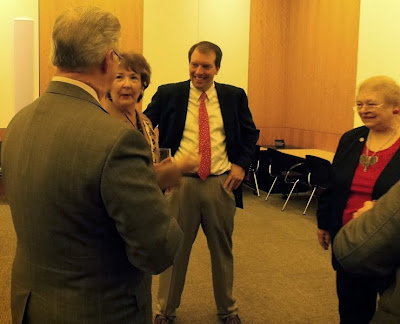 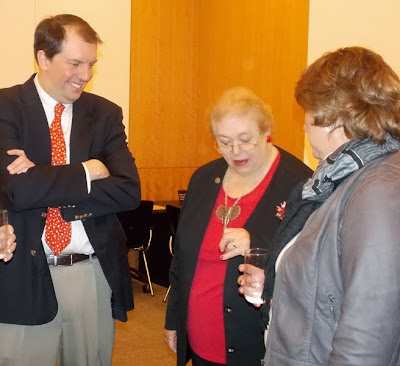 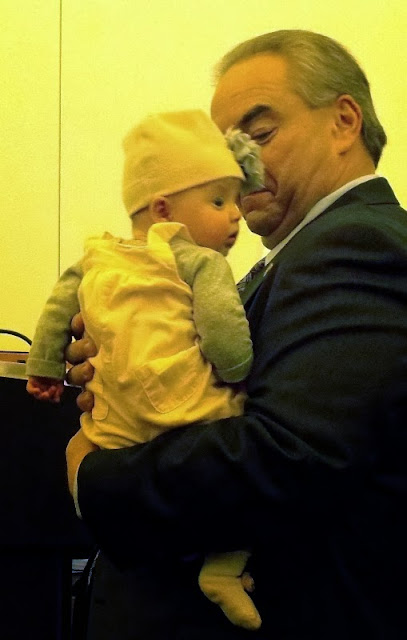 The LG and the baby ... this photo was too adorable not to post.

Many thanks to Bill and Jean Ann for including us in their last day in office and the official portrait unveiling. It was fun to see so many familiar faces, catch up with friends, and spend time in the General Assembly visiting a number of legislative offices. It's always exciting in Richmond during session. Best wishes for the next chapter in the Bollings' journey ... thank you for your service to the citizens of Virginia for 22 years ... the door is always open.