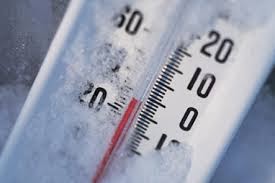 Sunday. Mid-day. SWAC Husband headed into the basement to retrieve something he needed and found himself walking in water. Half the floor was flooded.

A frantic search began for the leak, first checking the usual suspect -- the washing machine. Nope. That wasn't it.

Next suspect would be the hot water heater. Nope. It was dry.

The next check was the area where the outside water pipe entered the house. Bingo. Water was trickling down the inside of the exterior wall, filling an ever-expanding pool in the part of the house where we store stuff. SWAC Husband turned off the water to the house but the trickle continued so then he turned off the pump to the well.

With that taken care of, attention was turned to the boxes of toys, books, memorabilia, Christmas decorations, wrapping paper, old stuff, and who-knows-what-else that sat on the floor. Our slow transition to all plastic not yet complete, the remaining cardboard boxes were soaking up water like a straw. Not good.

And so we began the transfer of boxes to the family room, stacking plastic bins while unpacking the contents from wet cardboard containers. Wow, we both noted, aren't we glad this didn't happen while we were out of town. Then the mopping began. The bucket was filled, dumped, and refilled. Push mop on floor, sop it with water, pick up, hold over bucket, wring it out, and repeat. Over and over and over.

Never before have I ever wished for a shop vac but today it would have been my best friend. SWAC Husband found an old towel and began swabbing the concrete floor to speed up the mopping process.

Meanwhile, a plumber needed to be called. I texted a few friends who had lots of local contacts or were in real estate and asked for names of someone who would make an emergency call. And then I posted on Facebook. What better way to get the word out fast to as many people as possible?

It worked. Zing! Homeschool moms came through first, then other friends. Text messages were returned with names and phone numbers. What would we do without friends?

On a winter Sunday afternoon with snow on the ground, we wondered if plumbers were up to their ears in calls from others who had experienced broken pipes and other weather-related issues. After all, it's been below freezing or right at for a couple of weeks. Last night's overnight low was 10.

We found a gentleman recommended by a friend who lived about 10 minutes away in Staunton. He came out after lunch and pinpointed it to an outdoor issue. Somewhere in the pipe between the well and the house there was a break, crack, or some other issue causing the water leak.

Next step: dig. He suggested checking at the house and at the well, the two most likely places for a leak. If all else failed, we would have to dig up the front yard using a backhoe to unearth the water line while searching for the leak. With more sub-zero temps headed our way this week, that's not a happy proposition at this time.

Meanwhile, after the plumber left, SWAC Husband called on long-time friends who live nearby. He's a builder and offered good advice and will be over to help. That takes place tomorrow.

Meanwhile, we're without water. That's not a tragedy ... at least we have heat as temperatures plummet again tonight, and electricity. SWAC Son lives nearby and offered his house for showers, refilling water jugs, and whatever we need so we'll survive with a bit of an inconvenience. Hopefully, we'll have water before too long.

The silver lining of all this? We wanted to clean out the basement anyway so we've already gotten off to a good start. Ready or not, that project is under way.

Meanwhile, the winter of 2013-14 continues. Cold temps, snow, frigid winds ... it's definitely been one for the books so stay warm out there. And keep an eye on those water pipes....

UPDATED 1:00 pm Monday: Our friend showed up at 9:00 this morning to help SWAC Husband look for the water leak. It didn't take long ... it was the first place they looked which was where the outside pipe entered the house. A joint had pulled apart in the freezing ground. A quick run to Lowe's for parts resulted in repairs that had the water back on by noon.  We are very grateful to a long-time friend who came to our rescue.
Posted by Lynn R. Mitchell at 1/26/2014 10:16:00 PM